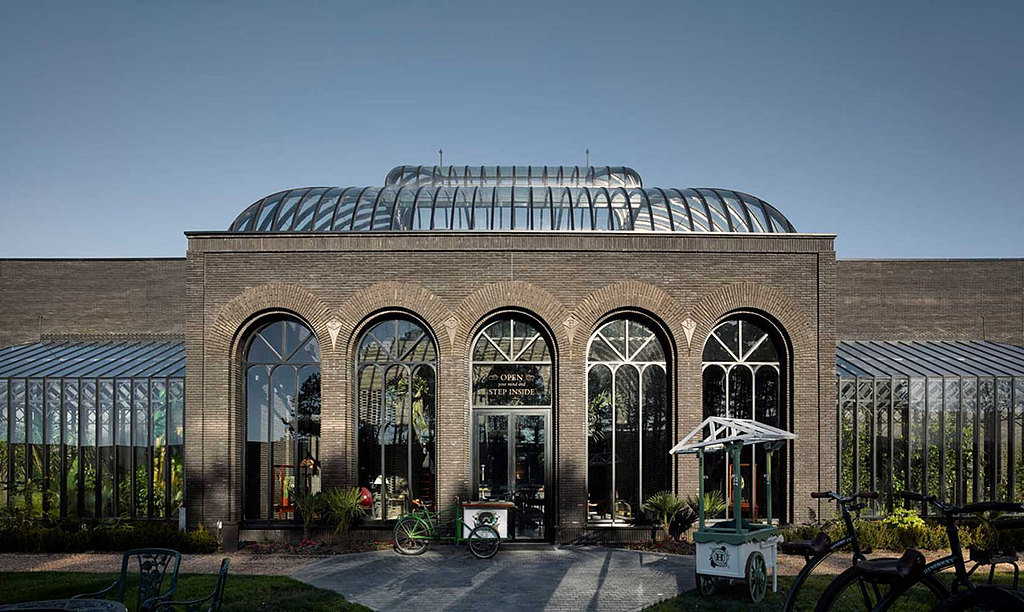 The famous Hendrick’s Gin Distillery is located on the South-West Coast of Scotland. Michael Laird Architects along with the Design Team were commissioned to design a purpose-built distillery for Hendrick’s Gin on the site of their old distillery. The remake of the Hendrick’s Gin Palace in features facing brick Linea 7021 from Vande Moortel.

The new distillery doubles their previous production capacity and has been designed to allow for future expansion. Architecturally the project is a significant departure from anything the distillers have previously realized and is designed in conjunction with their distinctive brand. Working within such a quirky brief created many opportunities and significant challenges. The design team had to create a very functional process-driven building which allowed the Client to efficiently produce their spirit. All whilst developing a building that adhered to the brand aesthetic and created a series of interesting spaces that architecturally responded to the brand.

The distillery is formed of four key elements:

It took time for the design team to find the right brick, but as soon as they discovered the solid, dark-colored Vande Moortel brick linea 7021, there was no doubt. As the project was heavily inspired by the Victorian era where brickwork was widely used to significant effect, they wanted to use the brickwork to relate the building to the Victorian era in a contemporary way. The non-standard profile of the facing brick linea 7021 helped to achieve this.

The black brick strongly relates to the brand colors, furthermore, a black fungus which grows in ethanol rich atmospheres like distilleries meaning that most structures within the distillery grounds are covered in a black coating after a few years. A black brick will reduce the impact of this as a result. The bricks were applied in a stretcher bond. The recessed joint accentuates the contours of the bricks, but at the same time, the dark mortar color softens the whole of the brickwork.

The material palette for the project was quite simple; glass, steel, and Vande Moortel brick with the predominant color being black. The brand's black color contrasts with the bright copper stills within the central still house to become the internal focal point. The external brick contrasts with the lush green plants housed within the glasshouses and allows them to take center stage within the building.

Vande Moortel
✕
Thank you for your interest in this product! Maybe you'd like to request a quote for these similar products?
Get a Quote