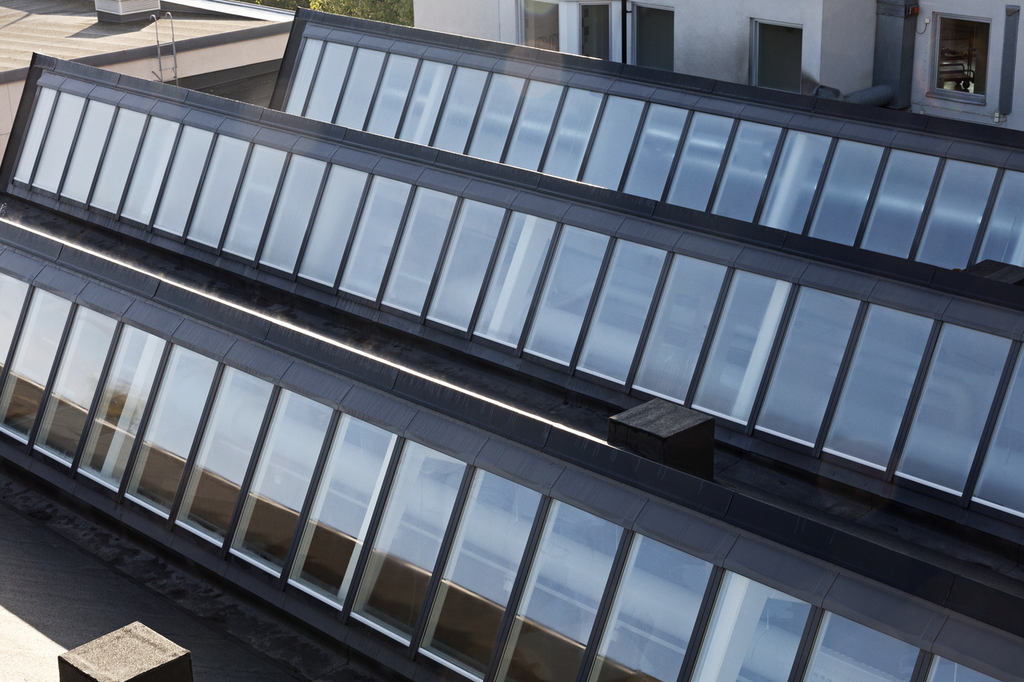 In 2012, local authorities ended more than 10 years of talks by adopting a plan to refurbish the old vocational school in Huddinge, Sweden. The school, which was originally built in 1961 as part of the south development plan of Stockholm, represented classic 1960’s architecture and was of good quality. Still, fifty years of wear and tear had left their mark.

When the refurbishment plans were finally agreed upon they included the replacement of more than 100 old skylights with 104 VELUX Modular Skylights in a northlight configuration. Today, Sågbäcksgymnasiet has re-emerged as a genuine 21st-century vocational school, leaving the students – as well as the project’s drivers – with a distinctive sense of pride.

The school is described as a solid building in a classic modernist style by the principal Hans Almgren, who is glad the refurbishment plan was able to maintain the look and feel of the original architecture. He is especially pleased with the way the new central area with its dominating sawtooth ceiling performs, reinventing the original aesthetics of the building and taking full advantage of the ceiling’s potential.

The architect's idea was to let in light and create visual depth, leaving no dark corners.
Inside the building, the change is significant. While the old brown wire glass of the previous skylights left the interior murky at best, the new flow of daylight has transformed the environment entirely, triggering a notable rise in student activity.

VELUX Commercial
✕
Thank you for your interest in this product! Maybe you'd like to request a quote for these similar products?
Get a Quote