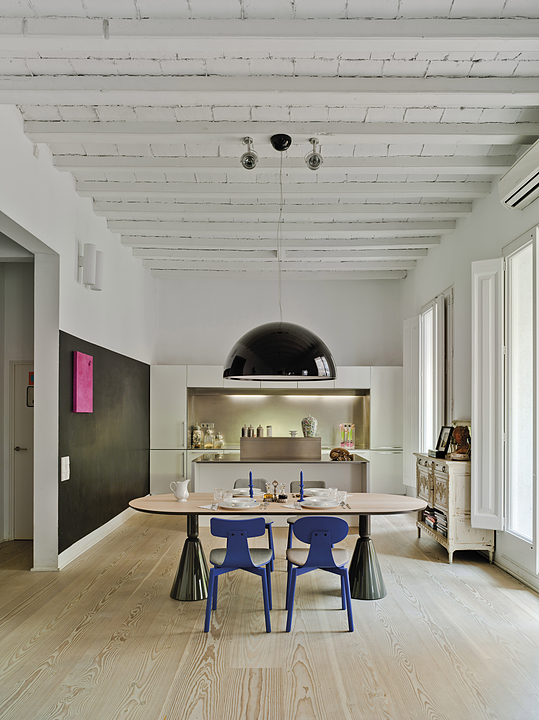 This is the debut creation for Sancal by Ionna Vautrin, who has designed a colorful trio of two tables and a stool, inspired by chess pieces and natural stone. The seat of the stool is in natural leather, chosen to match the color of the base. The tabletops, pedestals and the structures of the seating areas are in maple wood.

After the success of the Pion family of tables, Sancal has expanded the range of finishes available. The new table added to the collection is called Pion Petra after the ancient city of stone, the influence of the natural finish.

Ionna played with the contrast between the shine of lacquers and the matt wax finish for the natural areas. The base and pillar are lacquered MDF for both the side and dining tables. Quartzite tabletops are combined with quartz colored bases and the Emperador gold marble has been contrasted against a tobacco lacquer.

Sancal
✕
Thank you for your interest in this product! Maybe you'd like to request a quote for these similar products?
Get a Quote