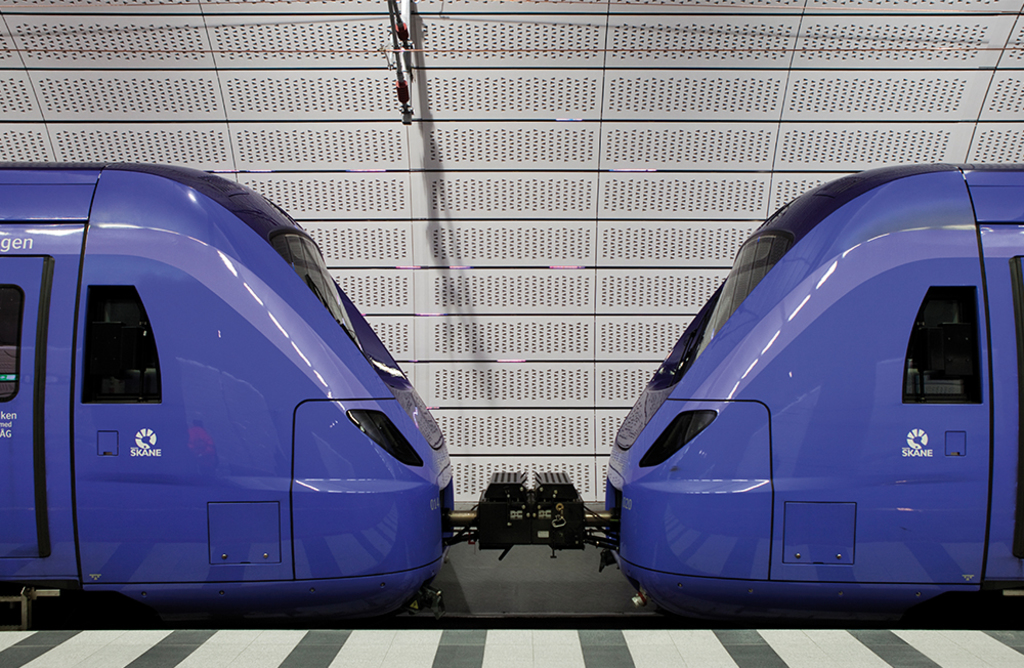 Subway systems have become a mass phenomenon. Underground stations constitute a pivotal extension of urban space, often undervalued, not only by the general public but also by the architects themselves. Such systems usually spawn massive urban development along their routes. Densely built-up inner-city areas, however, complicate the planning of new stations in times when untenable traffic conditions and growing ecological awareness demand the expansion and upgrading of public transport.

Clear passenger routes and generous, well-illuminated spaces are among the main priorities. Floor coverings and tunnel linings require a careful selection of materials that are subject to precisely defined criteria. They must be fire-resistant, durable, break-resistant, easy to clean and replaceable. The following two projects illustrate two distinct approaches in the usage of Swisspearl Panels for this particular design task. 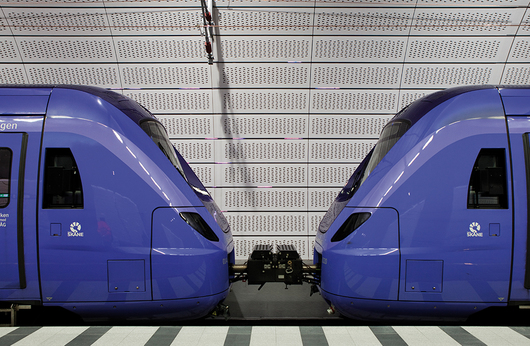 In March 2005, the City of Malmö launched its ambitious City tunnel project to provide additional capacity and facilitate transport connections to adjacent regions in the north. Scheduled for completion in 2011, the project includes a total of 17 kilometers of electrified railway, a third of it subsurface. Apart from an underground extension to Malmö Central Station, two new intermediate stations will be built: Hyllie, at the southern exit of the tunnel, and most notably, Triangeln underground station in the city center.

Malmö City tunnel serves to illustrate the extraordinary expenditure inherent in today’s large-scale infrastructure projects, whose complexity is reflected in countless separate and often challenging tasks. One such task was the planning and construction of the tunnel lining, entirely of white Swisspearl panels, at Triangeln railway station. In keeping with the name of the station, each panel shows a pattern of triangular perforations with chamfered edges that were cut at the plant in Switzerland using state of the art CNC machinery. 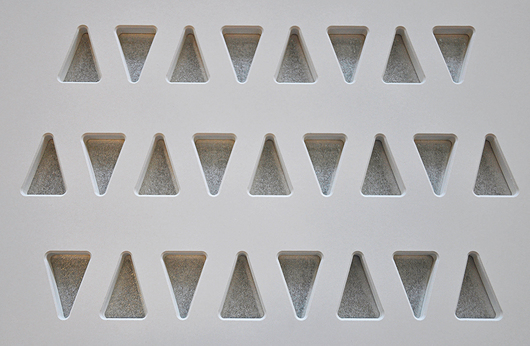 The combination of curved tunnel walls and weighty large-size panels called for a high-standard technical solution. These difficulties were overcome by German façade engineers Nauth, who designed a framework system that incorporated Swisspearl Sigma undercut anchors for unobtrusive fixing of the 12 millimeter thick panels, as well as concealed sound-absorbing boards. To complete the overall wall design, artist Christian Partos envisioned nosy little “light-creatures” that hide in the tunnel when a train approaches and emerge when it leaves again. To accomplish this, a purpose-built motion-sensitive lighting system uses LED rails fitted into the joints between some of the panels. 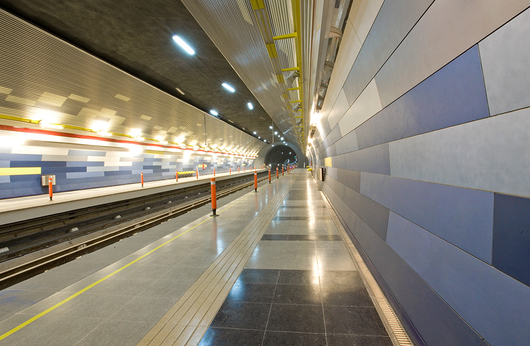 The station platform areas are marked by distinct signature walls displaying a mosaic of tone-on-tone Swisspearl strips whose visual impact was tested beforehand by means of life-size mock-ups. Site conditions proved logistically challenging as the parcels had to be lowered into the tunnels through a very confined void. The strips were then mounted on-site to a metal framework by the use of adhesive tape.

The color hue of each station was selected with regard to its respective context. Manquehue displays earth tones indicative of the nearby mountains; Magallanes is blue, reminiscent of the legendary navigator, while Los Dominicos reflects the green of the plaza and the white of the nearby historic buildings. 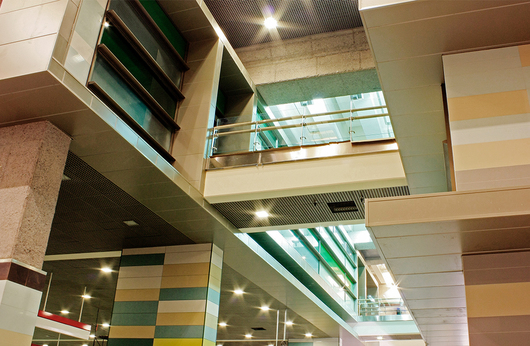