Most visitors to Mexico City spend their time exploring tranquil, idyllic neighborhoods like Roma and Condesa, filled with quaint buildings, bustling pedestrian promenades, and cosmopolitan attractions. But life in the Mexican capital finds most of the population on the disadvantaged side of a vertiginous inequality, defined by meager wages, the looming threat of violence, and a glaring lack of public infrastructure. The government’s attempts to address the latter have often stumbled; it is common practice for projects that require architectural expertise to be assigned to building contractors, who produce layouts lacking in any design sensibility. This even though Mexico City now boasts one of the world’s most fertile design scenes and has a strong legacy of renowned architects working in tandem with the government to produce exceptional public works—from the urban housing projects of Mario Pani to the monumental buildings of Pedro Ramírez Vázquez. 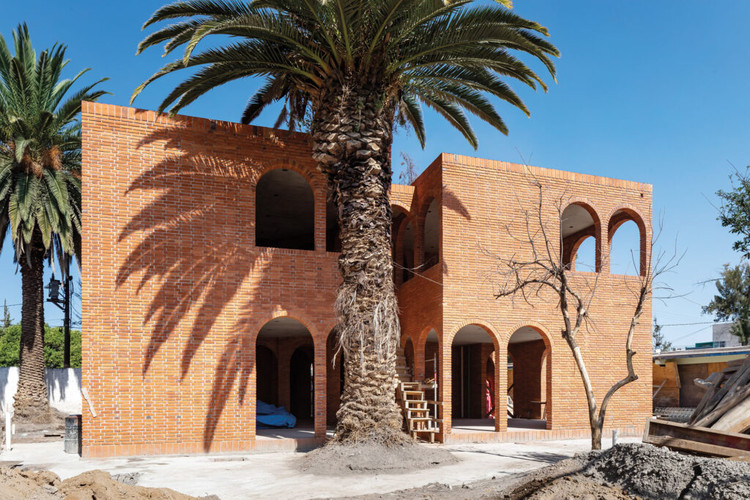 Seeking to restore the virtuous circle that once existed between officials, designers, and citizens, local architect Carlos Zedillo Velasco has devoted much of his professional life to helming projects that unite the three in a collaborative process. From 2012 to 2018, he directed the Research Center for Sustainable Development at the National Housing Fund for Workers (INFONAVIT), a federal entity that manages loans for home acquisition, enlisting dozens of celebrated Mexican architecture studios to design dignified and affordable housing projects. After the 2017 earthquakes that devastated entire communities in the central region of Mexico, Zedillo Velasco and his brother Rodrigo founded the nonprofit organization Pienza Sostenible, with the initial goal of recruiting architects to participate in reconstruction efforts. (The group now focuses on meeting the U.N.’s 2030 Agenda for Sustainable Development.)

We’ve come to understand architecture’s role in society as more of a medication than a luxury,” says Zedillo Velasco. “And we’ve focused our research on identifying the components that public projects must feature to be well accepted by the people they intend to serve.

In January 2020, Mexico City’s government was interested in exploring new possibilities for a project that had begun two years prior. PILARES (the name is an acronym that stands for Points of Innovation, Freedom, Art, Education, and Knowledge) were a series of cultural and learning centers for young members of underprivileged areas of the city, offering classes, workshops, recreational activities, and safe spaces for leisure. The existing structures, designed and developed, as usual, by contractors, were underwhelming. Sensing that they could improve if architects became involved, Jesús Esteva, the secretary of public works and services, contacted Zedillo Velasco and his team. They, in turn, invited 26 talented local and international architecture studios to each design a new PILARES center.

While no single profession is capable of providing a panacea for inequality, at its best, public architecture can function as a tangible expression of human dignity and possibility. Spread out across 12 of the city’s municipalities and located in areas identified as vulnerable owing to high levels of social insecurity and lack of public infrastructure, the new PILARES projects are bold attempts to demonstrate that thoughtful and beautiful design can alter the social dynamics of a community. Though the centers vary in size and design depending on the activities they host, the commissioned architects—among them Alberto Kalach, Tatiana Bilbao, Enrique Norten, Rozana Montiel, WORKac, and Gabriela Carrillo—all faced a similar task: creating spaces that communicate beauty and humanity through simplicity, without the freedom and luxury that an ample budget allows. The distinctive qualities of each site have resulted in asynchronous progress among the 26 PILARES: 14 are set to open this summer, while the rest have yet to begin construction.

Mexico City architect Fernanda Canales’s project was, at press time, set to be completed in May 2022. Situated in the crime-beleaguered neighborhood of Iztapalapa, directly adjacent to a penitentiary, it presented a challenge of literal and symbolic dimensions: how to create a dialogue between a massive, menacing structure and a small cultural center that could be read as inviting. Working with cross ventilation and natural light, Canales designed an orthogonal, single-story building with a central patio and perimeter gardens, all enveloped by a porous patterned block wall that appears to slither around the project. “I wanted people to feel like they were outside, because this is a neighborhood where life happens on the streets, but informally,” Canales says. “The public realm is taken over to set up markets or host block parties, but they only have that stolen street or invaded sidewalk. I decided to integrate that into the building and bring what was naturally happening in the exterior to its interior.”

Mexico City’s temperate climate allows architects to design structures with blurred boundaries, a feature that has become a sort of local leitmotif. Also working in Iztapalapa, architect Rozana Montiel, who directs her eponymous firm in Mexico City, focused on creating gradual transitions between the neighborhood and the PILARES. “The street surrounding our site becomes a public market every Thursday, and we had to acknowledge that reality,” says Montiel. During an initial site visit, she noticed that children who attended the market with their mothers wandered aimlessly around the vendors, with no place to play. An open plaza at the front of her project now functions as a democratic space that welcomes all, while the building itself was conceived as a mauve-hued “cultural oasis” of inner patios and open classrooms.

The material palette—fluted blocks, concrete, and steel beams—was selected not only for its aesthetic qualities but, perhaps more importantly, because it is inexpensive and low-maintenance. Both Montiel and Canales have designed social-interest projects in the past, ranging from affordable housing to public parks and reading nooks, and agree that in these situations, architects must demonstrate an ability to create dignified spaces while respecting cultural contexts and a limited budget.

“It’s important to avoid a mentality of imposition, of communicating to people that what they have is wrong or worthless,” says Canales. “Instead, you can use the same materials and dimensions they’re familiar with, while adding an element of architectural discernment.” In Mexico, public works rarely count on generous budgets, so the matter of austerity also has significant implications for a project’s replicability. While it can be tempting—and even effective—to push for more money, the action is counterproductive on a larger scale; it communicates that exceptional architecture is necessarily inaccessible. “We have to keep our feet on the ground,” Montiel adds, “and if the budget is limited, the question becomes what design on its own can accomplish under those constraints.”

Virtually every firm faced pressing practical limitations once they took on their PILARES. For instance, in March 2020, almost immediately after Zedillo Velasco contacted them with the proposal, the city was thrust into an indefinite COVID quarantine that sequestered residents in their homes and forced otherwise collaborative and hands-on professionals to work remotely. With site visits and community outreach rendered unfeasible, the architects relied on detailed briefs provided by Zedillo Velasco’s team as well as whatever previous experience they had working in the areas. The government hired separate contractors for most projects, and many architects took on the role of supervision pro bono to ensure their projects’ integrity.

For Amale Andraos and Dan Wood, principal partners of the New York City firm WORKac, the distance forced by the pandemic became a boon when they mounted a joint effort with local architect Ignacio Urquiza, of Ignacio Urquiza Arquitectos (IUA). Instead of designing separately, the group embarked on a collaborative process, producing two colorful, irregularly shaped, three-story buildings— porous to the street and sky—fitting into tight, varied sites. They function as fraternal twins: While each responds to its unique program and context, the pair share a common language of luminosity, fluidity, and connection. “There was a really rich conversation that allowed freedom for both of us to be insider and outsider at the same time,” says Andraos. “We could step outside of expectations while still feeling grounded in context.”

Then there were the often trying particularities unique to each location. The founding partners of the firm a|911, Saidee Springall and José Castillo, designed two PILARES projects, one in the southeastern Hank González neighborhood. That site was burdened by a baleful history: The previous construction had served as a house where kidnapping victims were taken to be held or murdered. “It was not an abstract site with mere geographical delineations, but a place with a heavy past,” says Castillo. So their project became a repudiation of that inheritance. Taking cues from the neighborhood, where factories abound, the pair designed a building that was “defined by an open character, in opposition to its previous use, with a domestic scale that incorporated elements of industrial architecture,” says Springall.

Such structures have the potential to serve, unite, and heal communities while functioning as labs for innovative, cost-effective ideas. They also exemplify how well-executed architecture and interiors are not luxuries—they can and should be accessible to all. “We’re traversing a moment in which the profession is becoming reacquainted with its vocation for socially minded works,” says Zedillo Velasco. The key to moving forward, he believes, is in emphasizing collaboration between local officials and design professionals, while also fostering dialogues between those experts and the people whom their projects will serve.

After more than two years of overseeing these partnerships, Zedillo Velasco looks forward to inaugurating the PILARES and being able to evaluate their results. Though the success of each project remains to be determined, experience has convinced him that a dignified urban sphere can act as a catalyst for community building. That too is luxury.

This article was originally published on Metropolis Magazine. 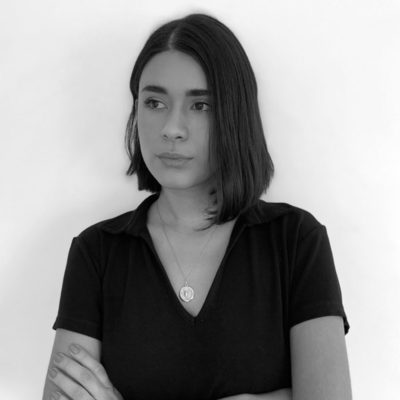