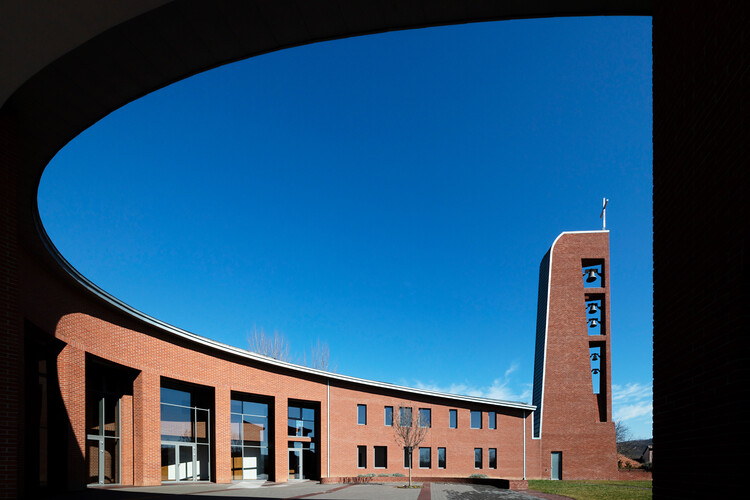 The new church, situated near Budapest, was built in a residential area of the village of Páty. The elliptical building for holding mass embodies constancy in a heterogeneous environment. The design includes more than just religious functions: the liturgical space is surrounded by communal and educational rooms, an event space, guest rooms, a parish lodging, offices, and service rooms, which are arranged in a unified floor plan that also incorporates the garden. The building serves the full spectrum of local community life. Thus, the church has become a venue for concerts, exhibitions, and children's events, and the garden has become one for hospitality and leisure activities.

The design of the church space - the inner core of the building - was designed to respond to the changes in the liturgy that have taken place in recent decades. Thus, the building can be regarded as part of an experiment by contemporary religious architecture to create a kind of church model in which the emphasis has shifted towards the active participation of the community.

The result is a spatial organization converging towards a center with the main nave losing its focus and appearing as a church garden, while the liturgical space evokes the sanctuary closed by an apse typical of a Baroque church. The traditions of historical church architecture appear in a new formulation: the broken angle of the garden and the church space, that is, of the axes of the main nave and the sanctuary, is a symbol known since the Middle Ages, and a metaphor for the broken body.

The most prominent element of the church space is the green stone block of the altar. The proximity of the altar, the natural light illuminating the center, and the feeling of homeliness inspire atonement and awe. Regarding construction technology, the most complex part of the building is the reinforced concrete dome, in which the atmosphere of the space is created by diffused and directed lights, emphasizing accents according to the sacral functions.

The sculpture-like apse of the church is, in fact, a translational surface symmetrical with the central axis, resulting from a row of identical arcs situated along a given spatial curve. The so-called generated surface created made economic planning and implementation possible at an optimal cost for the construction of the structure.

The emergence of contemporary architecture also has a long-term positive impact on its built environment. The important message of the construction of the church is that high-quality architecture can be implemented within the framework of a community-based organization, without professional management and regardless of the given economic background. 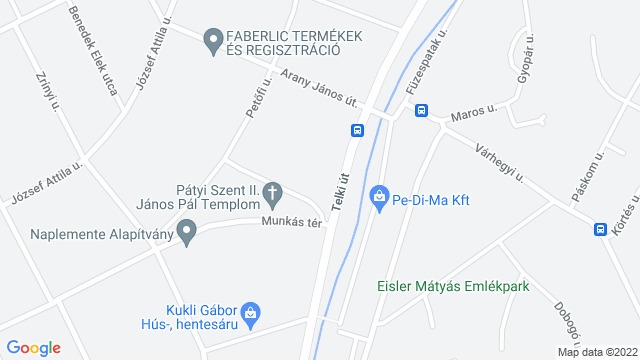