Save
Badia i Margarit Institute / GATPA 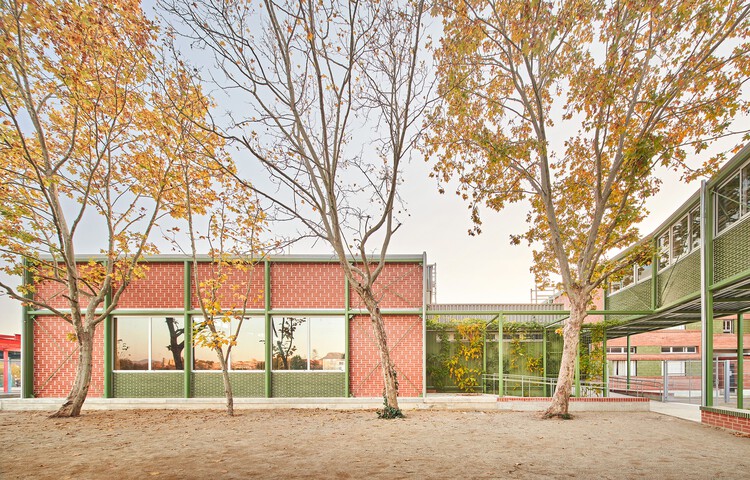 Text description provided by the architects. The school is in Igualada, a small inland city in Catalonia. It has a slightly more humid and colder climate than litoral cities. Enric Miralles is buried there. The river Anoia passes around it. A big textile and tannery industry was developed in the XIXth century by the river, bringing with it prosperity and population growth. It was almost totally dismantled during the last part of the XXth century.

The school needs to expand its high school section. The gymnasium and a few classrooms in the old school also need repair. A public two-phase architectural competition was organised by the Catalan government, which we won.

The only available spot is a thin long stretch of land with a east-west orientation parallel to the riera d’Òdena below. There is a steep slope between them. It is adjacent to the gymnasium, but isolated from the rest of the school. The old school has an in-situ cast concrete structure, with brick walls covered in some parts with green tiles.

How to connect the new and old buildings while giving a big enough playground and optimal orientation to the new building? There is also an old pathway that comes up from the river, which would be interesting to maintain.

The first decision is to make long and narrow rectangular prism tangent to the public square on the west so that it frees as much playground to the east as possible. The structural spans and orthogonal shape of the new volume allow for an easily prefabricated concrete structure, made just 70 kms. away. Termoarcilla walls allow us to build membranes with different porosities according to the orientation and indoor program needs, from ventilated facades to lattices. Within this compact body, two courtyards bring a better sun orientation for the classrooms. A light steel structure bridges and connects the new high school, the refurbished gym and the old school on the first-floor level. Beneath it, a porch that is the new gateway to the place. 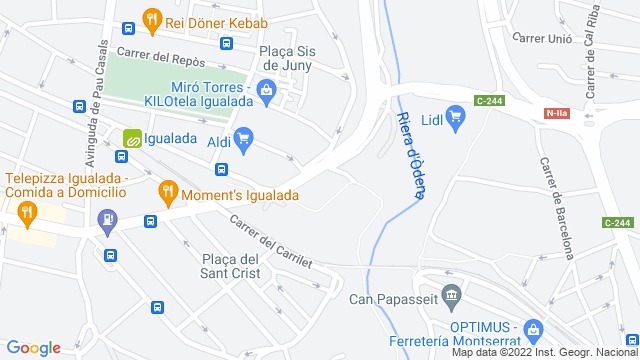 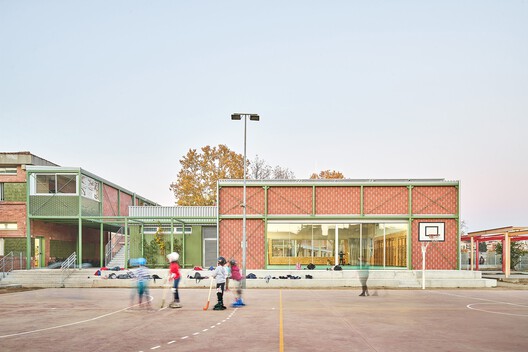 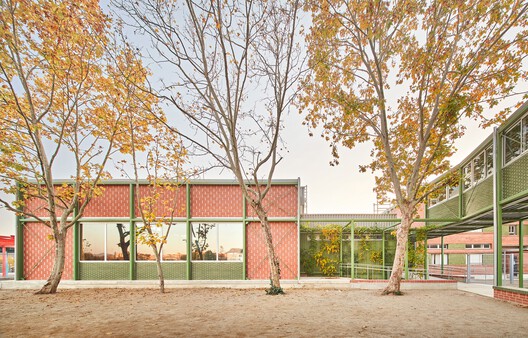