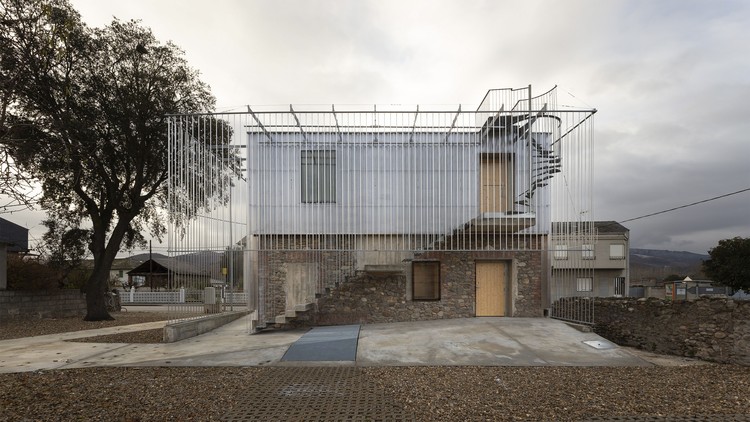 Text description provided by the architects. The project intervenes on a pre-existing building executed in two phases in the middle of the 20th century. It is placed within a large plot, for residential purposes, adapted from a previous agricultural use located at the intersection of both main avenues of Dehesas, a scattered town. The aim is to create a workplace that provides new possibilities for an aging population and open new collective space at a strategic point in the town.

The proposal rehabilitates a prototypical residential property built in 1954 and executed halfway between vernacular tradition and local modernity. Later, the height was extended in 1976, using techniques of the modern tradition with ceramic joist slabs in addition to the reuse of the same wooden beams from the original house for the roof.

The operation, in the rural-urban context, resolves its position to the current official alignment, which is not the same as the original. In this way, a plinth is built that regularizes the piece, but that cannot maintain orthogonality with the existing building. On the limit of this plinth rises a warp that generates almost virtual planes, a kind of very light geometric veil, which solidifies or dilutes depending on the foreshortening and which will enable the future development of the office. It must be a support for vegetation, shade, audiovisual media, or other elements.

The pre-existing house offers an internal and an external face. Inside, it's all about getting as much space as possible. Some encounters are discovered in the operation that tries to be repaired in a convenient way, while others are provoked that serve the new use. The interiors rotate around two boxes that articulate the space. The lower one, cold, made of concrete and aluminum, provides light diffusion and reflections. The upper one, warmer, made of pinewood, is suitable for habitat, recreational and meeting uses, which expands to the outside through the glass that looks towards the mountainous landscape of El Bierzo.

On its external face, the building tries to dematerialize its presence through the use of polycarbonate typical of local greenhouses. It is a skin that scales through the sharp, re-existing windows, and is interrupted by the great new ones. The transformation causes a loss of massiveness that is enhanced by the choice of a gray color that links the façade with the sky. The elevations vibrate horizontally, making the glaze resonate with the polycarbonate; as they melt into the sky as they ascend.

The entire discourse is consolidated in the air trapped between the glaze and the façade. That intermediate space allows the old volume to breathe while taking on a certain intimacy with respect to the external context.

The project closes according to its representativeness, more specifically at night. The contained air is illuminated, generating a real halo, which is at the same time a sign of the office and a beacon in the cross that draws the crossroads. 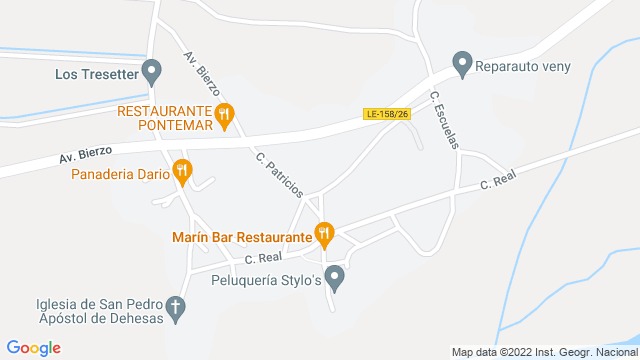 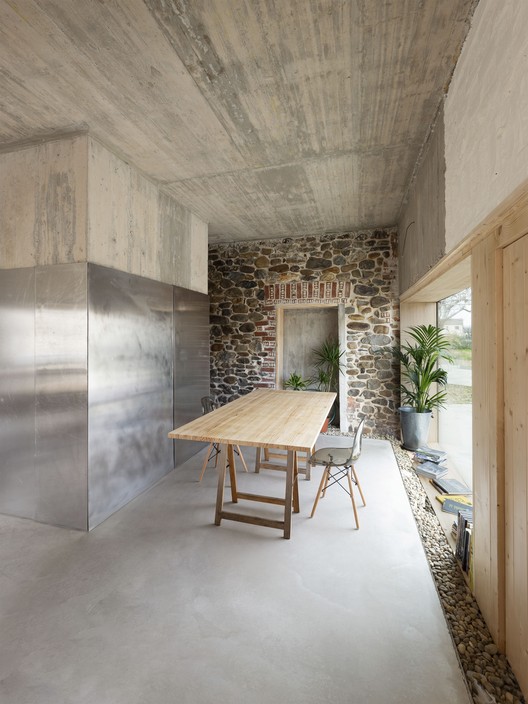 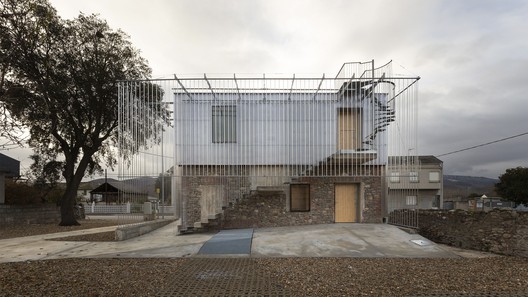