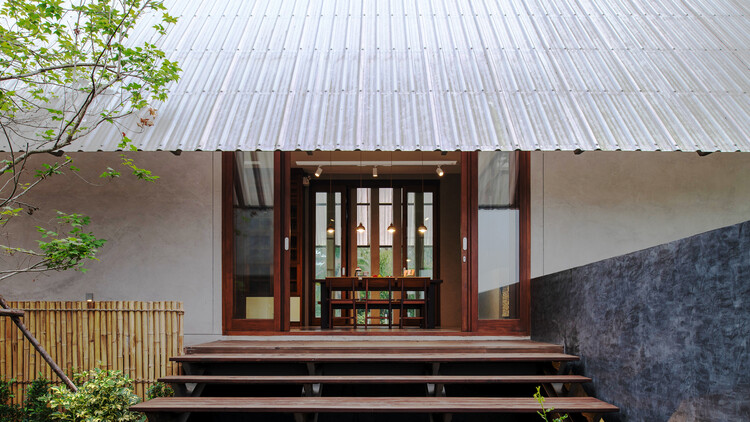 Text description provided by the architects. When two doctors, one from Chiangmai and the other from Petchabun, decided to settle down and start their family, they looked for a land with a mountain view. They finally found one — a two-rai (3,370 sq.m.) piece of land, originally used as a paddy field, located in the valley between parallel ranges of the Petchabun mountains.

The two owners have several requirements: this house should be able to cater for their uncertain work schedules; simple in style, it should also provide space for their children in the future; lastly, they hope it can forge a close relationship with the mountain ranges in the north.

So the process of functional design began. We decided to elevate the house above the ground to deal with potential flooding. The owners' desire to take the beautiful view of the mountains proved to be problematic, however; as both of them were also concerned about many flights of stairs which could have been a hindrance once they become older, we then felt the need to adjust our original plan and instead proposed the use of ramps connecting between different areas of the house and leading to the highest, best viewing spot.

Taking the socio-architectural environment into account, we further considered the position of the house, which is on the border of a village of local, contemporary architectural style. We aimed to create harmony, yet preserving the identities of the owners who are non-local, modern, simple, and humble, and as a result finalized the design of a concrete, rectangular building complex, with each separate area under a gable roof and spreading horizontally, similar to the local Thai houses in the past.

Each building area is covered with a fiberglass roof to filter and disseminate natural light shining into the house. Inside, an additional indoor courtyard helps improve ventilation and invite natural light as well.

Wood materials were brought from nearby provinces and repurposed for doors, window casings, other pieces of furniture and built by a local carpenter. So too are the bamboos which were from both Petchabun and its neighboring provinces, making up the outer wall of the building. 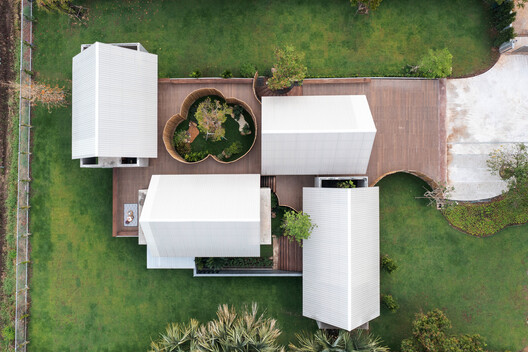 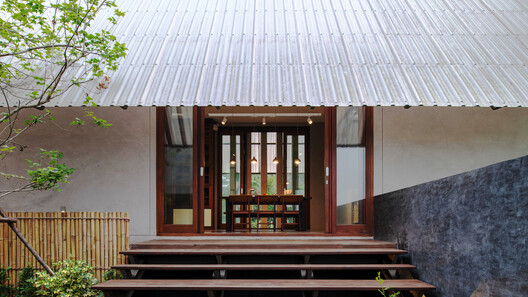