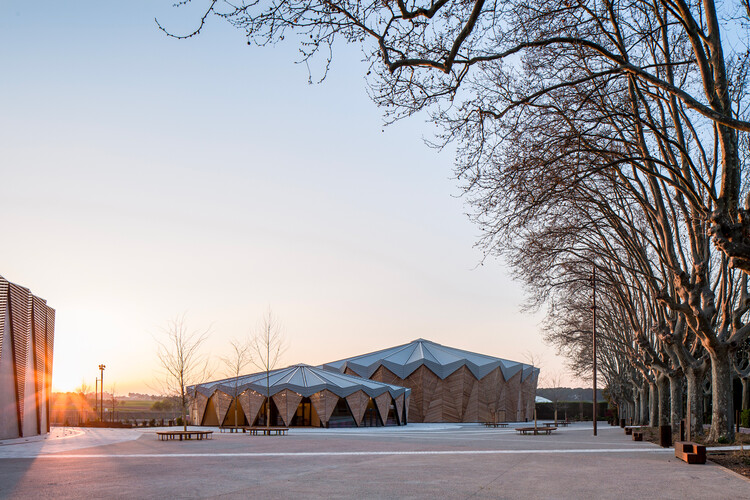 Context. The deep-rooted origins of the Domaine de Bayssan still remain a mystery, but its toponymy plunges us into the Gallo-Roman period which contributed strongly to the city of Béziers identity, its economic expansion and emergence in the history.

Today, it is a place of cultural freedom that holds its own on the cultural scene. The former «Sortie Ouest» theatre already had a noble vocation, much broader and more generous than the performing arts as simple entertainment. Sortie Ouest imposed a demanding and diversified programme, not only to satisfy the small circle of an informed public but also orientated towards «general education». It seeks to provide opportunity for sometimes unexpected artistic encounters, the inexhaustible source of rich and contrasting emotions.

Objectives. The theatre wanted to preserve its circus soul which corresponds to its cultural vocation, both in substance and in form. Consequently, the project largely draws its references from circus architecture.

Just as a circus encampment, the Domaine de Bayssan is in perpetual movement and reconfigured according to the cultural programme and events. Caravans, stages, banquets, barnums and all the other event facilities find their place, in both the public space as well as the support facilities. To respond to this great freedom in use, the landscape provides large esplanades devoid of permanent buildings, with the exception of the technical plant for the reception facilities.

Design Intent. Reminiscent of the three canvas tents of the Théâtre Sortie Ouest, the project is divided into three separate architectural entities. The «small tent» houses reception facilities, a space shared by the auditorium and amphitheatre, that nourish and relieve us before and after, during interval. A backdrop to the auditorium, the «big tent» is the space for rehearsals and performance. The very «large open-air arena» or amphitheatre completes the configuration.

Borrowing from the archetypal form of the first «fixed» sedentary circuses, the auditorium and the lobby restaurant architecture are developed from a modular construction system. The moulding of the envelope is an architectural reinterpretation of the motifs that adorn circus tents. It adopts the radiant corolla pattern around the central mast which emphasises the canvas stitching. Due to the bulk generated by its context and function, the open-air amphitheatre is unique in terms of its architecture. Unlike the amphitheatres of ancient Greece, its tiered seating is not inclined against a natural embankment, blending into the topography of the landscape to adopt its raw material.

It also expresses a circus-style architecture, a somewhat strange tent whose canvas awning over the seating can be removed on sunny days. Only the stage remains under the pleated canvas cover, an opaque and dark veil over the mysteries backstage. 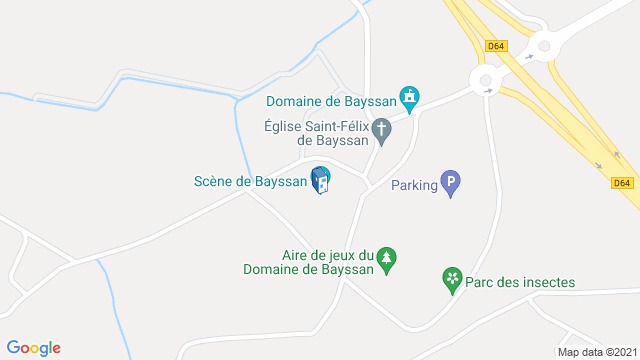 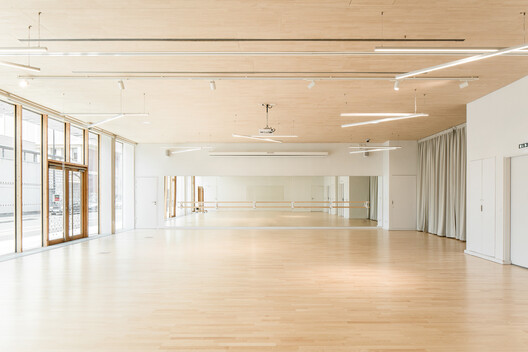 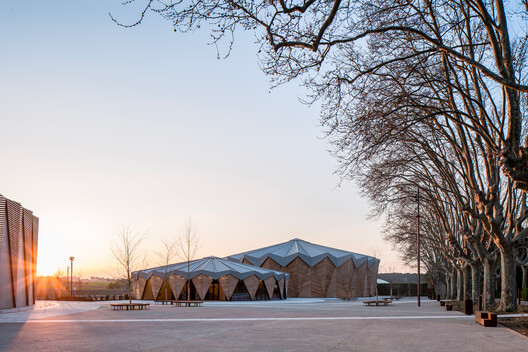