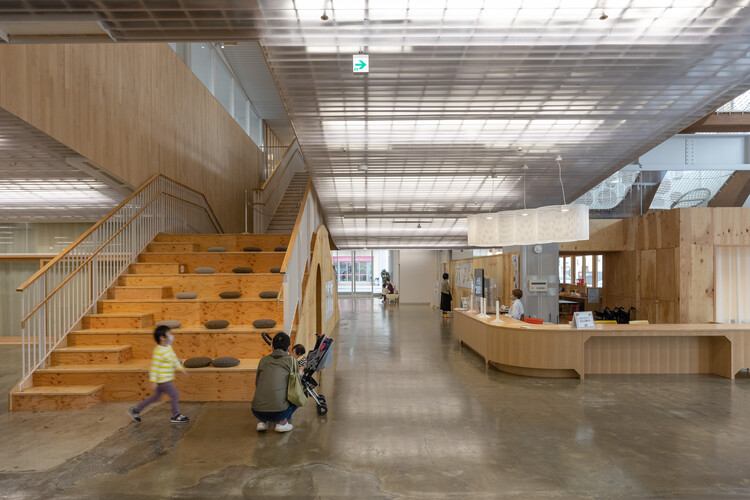 Text description provided by the architects. The Japanese architectural office UtA/Unemori teco Associates, a joint venture between UNEMORI ARCHITECTS and teco, has converted the first two floors of an eight-story commercial building in the city center of Kitakami in the prefecture of Iwate in Japan into an inventive health and childcare support complex with a total floor area of 4,000 sqm.

By entirely gutting and converting the first two floors and facade of the existing building and integrating the health and childcare support facilities as well as a public meeting space, UtA/Unemori teco Associates realized a creative and inviting space that acts as a new meeting point for the city’s residents. The new complex is structured around a central, open space, featuring gently undulating floors and ceiling, as well as a facade with large windows and an entrance area. With the conversion, UtA/Unemori teco Associates showcase their architectural competence for sensitive redevelopments of existing buildings and the re-use of rare space in the city.

TRANSCENDING BUILDING TYPOLOGIES - Instead of building a new complex, UtA/Unemori teco Associates converted a central commercial building from 1999 to accommodate the Kitakami health and childcare support center, thus re-using existing space in the city. The two lower floors of the existing building provide a rectangular space and were gutted entirely for the conversion. The architects also completely renewed the facade, featuring a glass front and equipping it with a spacious entrance area with sliding doors.

UtA/Unemori teco Associates structured the space around a central multi-purpose indoor plaza - an open space in the center of the first floor that is accessible to the public thus connecting the city outside with the facility. The high-ceiling plaza consists of an atrium, a café and a reception desk and serves as an entrance and waiting area to the surrounding rooms with various functions such as a facility for medical checkups, an indoor playground, an exhibition room, a consulting room as well as an office area. Transcending the building typology of a childcare center, a number of seating areas with varying textures and sitting heights were installed as a public meeting point in the foyer.

PLAYFULLY UNDULATING FLOORS AND CEILINGS - The commercial building consisted of simple rectangular grids that UtA/Unemori teco Associates deconstructed by creating playfully undulating ceilings and floors. The wavy shape provides a fun and unusual floor for the playground, while, as a ceiling, ensuring the safety clearance for medical vehicles, leaving adequate duct space above. The ceiling is illuminated across the entire surface, creating a play with shadow and light that lends a sense of depth to the complex. The architects mirrored the wave of the ceilings and floors on the outside of the complex as a striking eave on the facade.

As there were hardly any openings in the exterior walls before, UtA/Unemori teco Associates framed the facility with large windows and glass sliding doors so the interior can be seen from outside, thus reinforcing the open character of the building and its connection to the city. 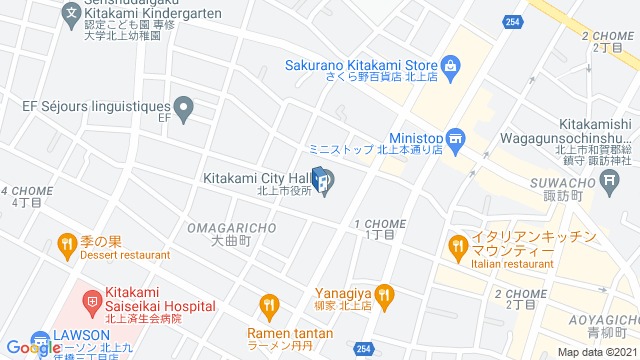 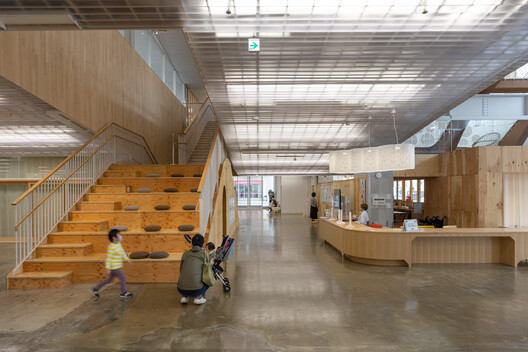