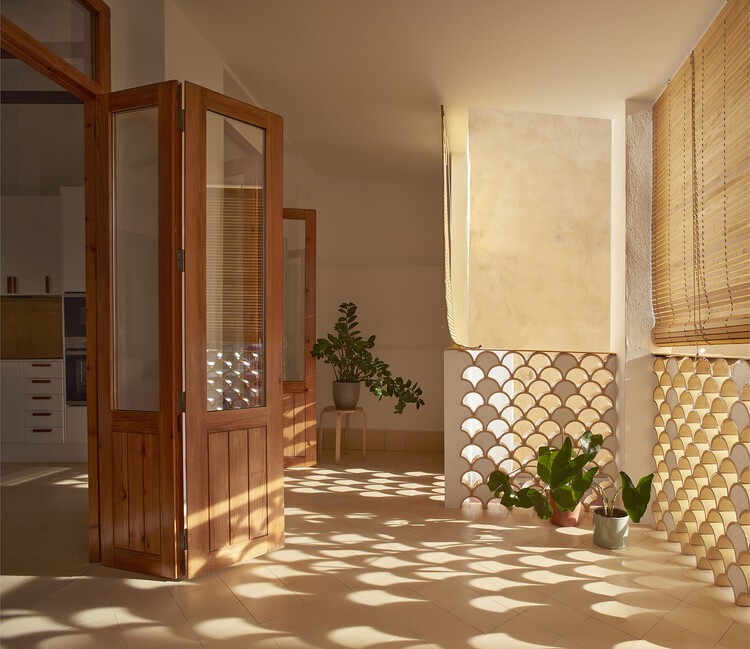 Text description provided by the architects. Lurbe`s house was built in 1932 in the Cabanyal neighborhood, a traditional fishing district on the shores of the Mediterranean. Just 100 meters away, the house of the writer Vicente Blasco Ibáñez with its imposing gallery of Ionic pilasters and caryatids facing the sea, also represented the aspirations of its first owners. After the civil war in 1939, the house of Blasco Ibáñez was expropriated, transformed into a recreational headquarters for the Falange, uninhabited, forgotten, and demolished to be rebuilt 70 years later; Lurbe`s house, however, survived the postwar period thanks to the black market. It was inhabited and re-inhabited, renovated, and worn by use.

Starting from that desired exterior room, the project now adds an additional architectural layer, intertwining the history of both houses. The demolition of the rear façade reveals what was the discovered gallery -covered and closed at some uncertain moment in its history-. It is now transformed into an exterior room that invites use and permanence, which extends towards the sun and the currents of air, taking advantage of the benign weather conditions, as did Blasco Ibáñez's dining room. The new sequence of spaces and elements, sews contemporaneity to the past, the deliberate to the accidental, and then refined to the everyday. The recovered balcony windows, the relocated glazed interior doors, the rich decoration of the bathroom ceiling and its skylight, which hides the secrets of the Spanish postwar period, coexist with the now bare beams that once supported a reed roof, the new barrel vault of the entrance, or the glare of the ceramic latticework that reflects the western light, and transports us to the nearby Mediterranean Sea.

The project introduces an imperfect quality to an imperfect house by reconstructing the house's rich social history, not only from small rehabilitation and repairs but also entirely new works. Time refuses any attempt of a global conception. However, a slow handmade work brings together the visible and the invisible as a new whole. At least for now. 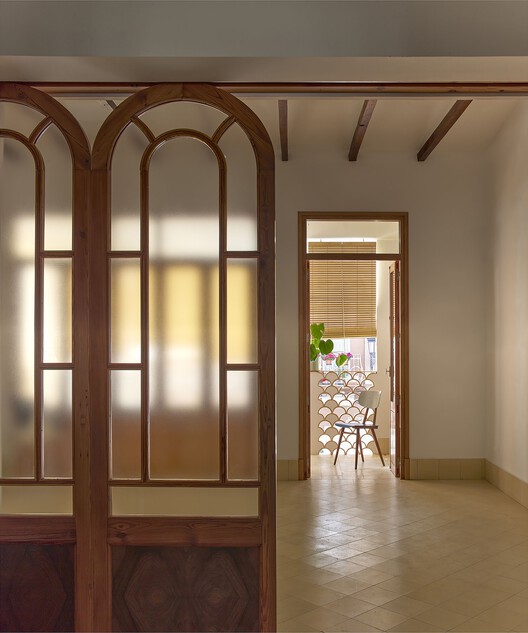 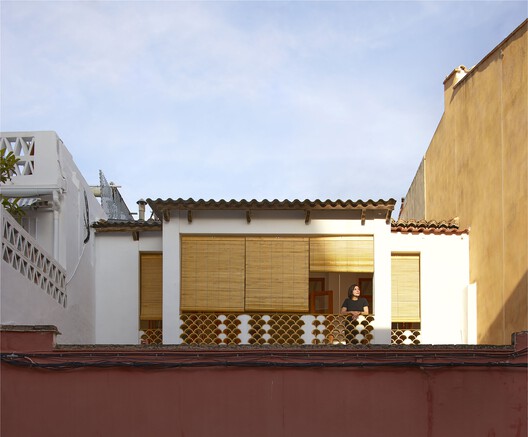