Save
The British School of Amsterdam / Atelier PRO architects 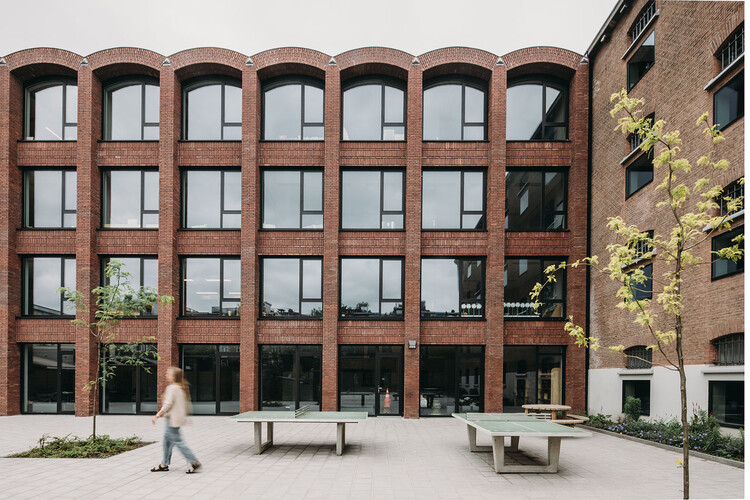 Text description provided by the architects. The British School of Amsterdam founded in 1978, offers British international education to 900 children aged from three to 18. Located in Amsterdam Oud-Zuid, the school is made up of three sections: Early Years, Junior School, and Senior School. The school follows the National Curriculum for England and the pupils take SATs in Key Stage 1 and 2. In Senior School, pupils sit GCSEs and A-Levels. The school is accredited by the UK Government as a British School Overseas and is a member of the Council of British International Schools (COBIS).

In 2016 Atelier PRO won the commission to create a new home for The British School of Amsterdam, together with Hoogevest architecten and Buro Sant en Co. The British School had grown to occupy three different locations in Amsterdam. But it had always the vision of bringing together all pupils in a single location - ideally one that combines character and history with ample outdoor play space.

To make that aspiration a reality, the school acquired the Havenstraat 6, one of Amsterdam’s former prisons. This building was designed and built between 1888 and 1891 to the specifications of W.C. Metzelaar, government architect for prisons. The school’s vision for the new building.

The new site strengthens the school’s reputation for excellence and its position at the forefront of British international education. The school and the architects were ambitious in their planning and design, creating buildings that inspire learning and enjoyment in original and imaginative ways. The interior and exterior is beautiful and distinctive. The building promotes the school’s ethos of high-quality, active, pupil-centred learning backed by seamless state-of-the-art technology and first-rate support services.

Design vision. From our perspective, we wanted the building to emerge as a city block in its full glory, surrounded by greenery. With green hedgerow, we recall the old reminiscent wall. Behind it, a stimulating area for retreating under the trees, for play and sport suited to any school. We turned a desolated prison into an expressive children’s world, where the domain of four separate schools integrates into one. The DNA of the British School is pronounced. Each school manifests a particular character to match its age group. The plans did not all fit into the existing building. That’s why a new structure was added.

Four wings. The original building had four wings which make it sensible to allocate one wing to each school, thereby allowing each school to incorporate an old part with a new section. By utilising the ground floor of the wing for each school, the basis is formed for a particular individual identity and character for that age-group category. This creates a provocative contrast between old and new.

The classrooms are well defined within the size and structure of the monument, which helps to strengthen the potential of the new construction. Smart structure. The new areas for the learning environment are smart structure designs that are future-orientated and sustainable. They are zoned in such a way that a natural flow exists between the social dynamic areas and the silent classrooms for deep thought and concentration.

Each age-group category has its own space that supports the social structures, wherein the familiar and safe atmosphere of the British School is fully defined. One school has three identities. One British School was developed while at the same time each separate school kept its own personality inside one framework. 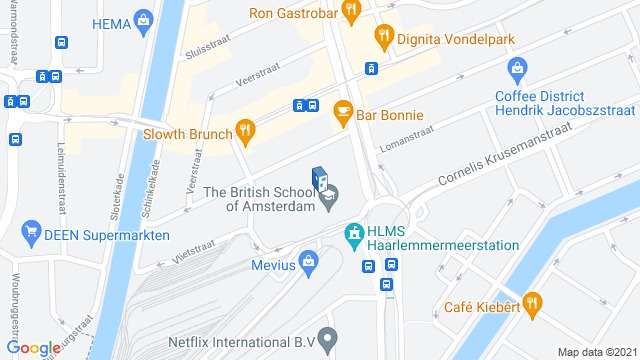 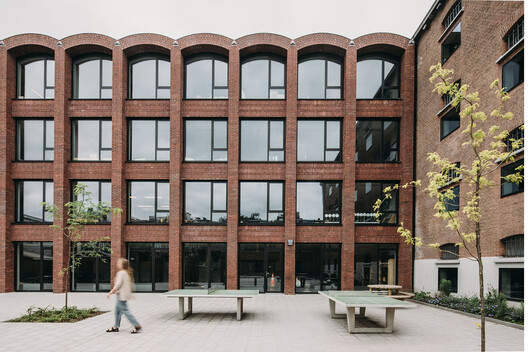