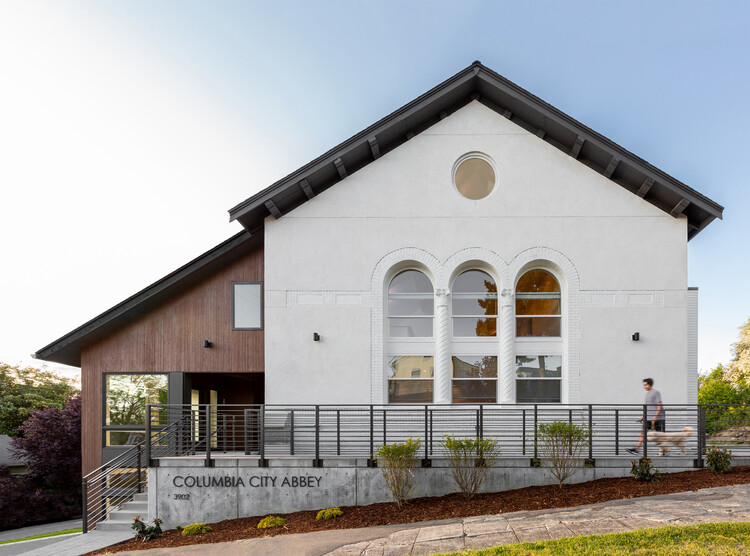 Text description provided by the architects. From 1891 to 1993 the Columbia Congregational Church called this site home, drawing in residents to an entirely undeveloped Rainier Valley. At that time, land was often given to churches, because the City understood it could be a useful tool in creating communities and economy. After 1993, the building changed hands several times before falling vacant in 2012. Several developers had attempted to redevelop the property but failed on the hurdles of an old building, a strict zoning code, or a limited budget.

In 2014, Allied8 was hired to breathe new life into this anchoring building. We worked closely with the client to navigate each successfully. Our research found that if we did not change the exterior massing (a hard sell for an architect!) we could significantly increase the floor area on the interior. This preserved the curbside presence and offered our client an improved ROI.

Combining planning and design, we revised an old master use permit and an expiring contract rezone while designing an adaptive reuse concept, increasing the total floor area by 28%, or 5,000 sf. The increased rentable space opened the developer to refacing parts of the façade. We incorporated a public plaza, offering a public gathering place and art space. No two homes are the same–from dramatically exposed rafters, rounded windows, to interesting nooks and exposed brick.

The Abbey’s age and history offered inspiration, especially paired with the historic photos. No two units are the same size or layout, owing to the unique opportunities afforded by the Abbey’s interior architecture–we wanted to offer each resident a personal, tactile relationship to the past of the Abbey, and in turn to the history of their neighborhood. We built with the same robust materials the Abbey was originally constructed with–brick, timber, concrete. This not only offers residents more sound privacy than contemporary apartment buildings but also acts as a natural thermal mass.

Sustainability is contained within the practice of extending the useful life of the building for another 100 years. The latest, most efficient mechanical systems were beyond the budget, but being aggressive about what we preserved and reused translated to both savings and a reduction of our carbon footprint. This meant that, for the first time in 20 years and after a handful of hopeful developers, our client was able to succeed and the Abbey still stands. 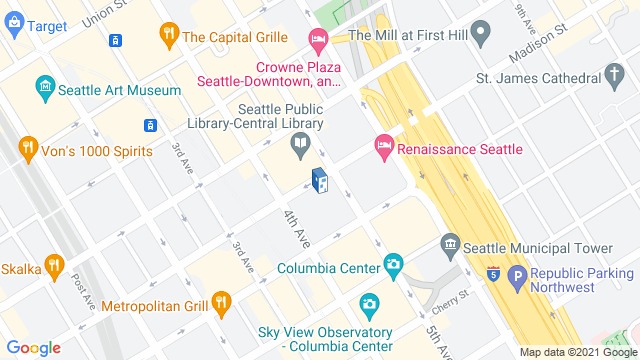