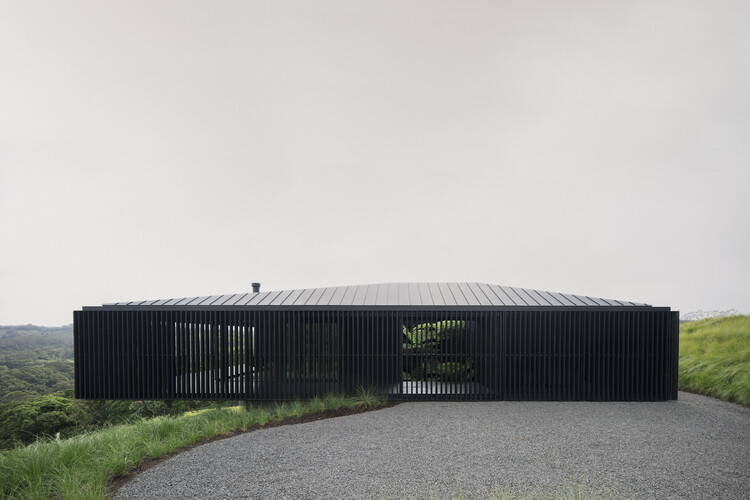 Text description provided by the architects. Architecture, specifically the house, is an act of enabling shelter, a vessel through which in turn enables habitation and the ongoing experience of a particular time and place. Within the folding hills of its hinterland site, the Federal House acts as both experiential containers for this place and as a conditioning object, consciously aware of its outsider status within the traditional ownership and legacy of this landscape.

The project was considered as a vehicle for a relationship between “site and modifier”, the place and the object, and envisaged to enable multiple readings, from beyond and from within.

At distance, the building is recessive, a shadow within the vast landscape. On arrival the project's fifth façade, the roof, transfers the work into sharp relief, a precise object purposefully foreign to its Bundjalung country landscape and the deep time frame of the indigenous heritage in which it is located. On closer inspection, a highly textural outer skin of thick timber battens contrasts the earlier sense of a machined tectonic, allowing organic material gestures to drive the dialogue with physical human intimacy.

A reverberation of the settler-colonial homesteads typology, the home carries verandah DNA into a tightly-controlled envelope allowing modestly scaled living and bedrooms spaces to expand into a covered outdoor living space. This expansion and contraction of the interior allow shifts between the intimate and the public, between immediate landscape and the expansive unfolding landscape to the north. The deep verandah space allows for a shadow gradient to emerge between inner and outer thresholds, enhancing the sense of sanctuary from the surroundings and its variable weather conditions. It allows one to be outside in torrential rain and avoid the burning midday sun.

Anchoring the project beneath the upper platform is a subterranean pool, linked to a planted void in the heart of the home. On entry, this void allows a glimpse through ferns to the still body of water beneath. Alternate to the expanding upper level, the descent into the pool void reveals an intense interiority, the lighter upper materiality giving way to heavy mass, grounding the building and bringing with it a heightened sense of place. On entering the water, the building becomes an instrument for the phenomenological. The mirrored horizon at the end of the pool draws one to its edge, and back again to the garden platform, its cavernous volume resembling a more closely freshwater swimming hole than a classic lap pool. Discussions with the client which drew from texts byZumthor, Tanizaki, and Pallasmaa, allowed the journey into this atypical condition and they must be applauded for venturing into the unknown here.

All spaces are naturally ventilated with air drawn across the cooler pool surface and into the upper surrounding verandah spaces, helping to stabilize the ambient temperature throughout the home. Rainwater is harvested in an a60,000L tank. The building utilizes an aerated wastewater treatment system and includes infrastructure to utilize a PV solar array on the planned future storage shed. 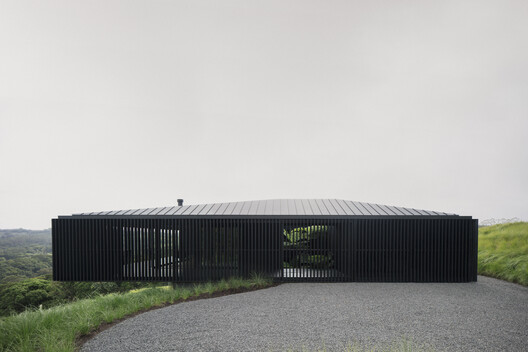