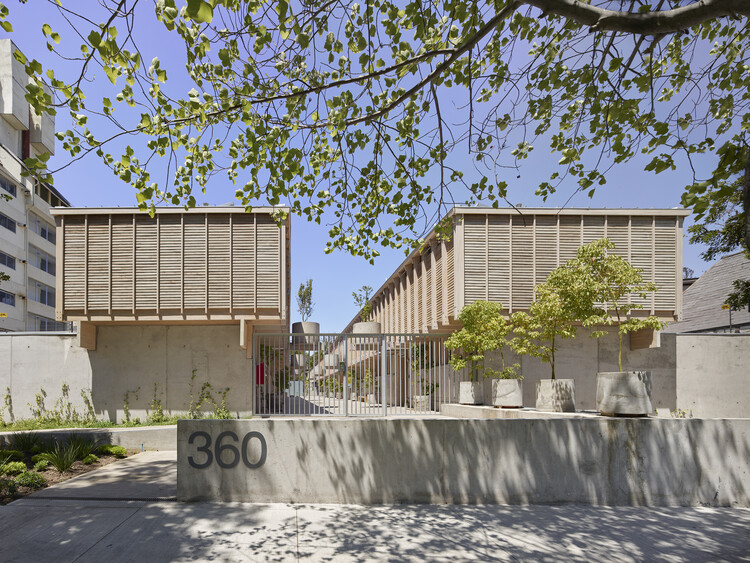 Text description provided by the architects. This set of 8 houses around a common space is located in an irregular plot previously occupied by a large house, at walking distance from the financial center of Santiago. The common space is conceived as a pedestrian walkway with continuous edges, whereas the houses on its sides have a symmetrical "L" plan around a squared courtyard.

The central walkway is perpendicular to the street, with 3 patio-houses to the north and 5 to the south. Below this level are the parking lots with direct access to each house. The houses' main level contains the common areas around the 8 x 8 m. patio with one of its sides attached to the edge of the plot (taking the maximum length allowed by the regulations) and the other to the next house. The second floor contains the bedrooms in a bar attached on both sides to its neighbors, forming two long rectangular pavilions.

The laminated wood structure is arranged under a continuous modulation of 77 cm. with its uprights elements exposed to the outside on the second floor. Towards the courtyards, they frame the bedroom windows, preventing the view of the neighboring house. Towards the walkway, they frame a series of larch tiles, creating a wall. This constant rhythm blurs the differences of property into two unitary volumes above each side of the walkway. Between them, a series of cantilevered planters with trees highlight the entrances to the houses and hide the presence of the surrounding large buildings over the sky. 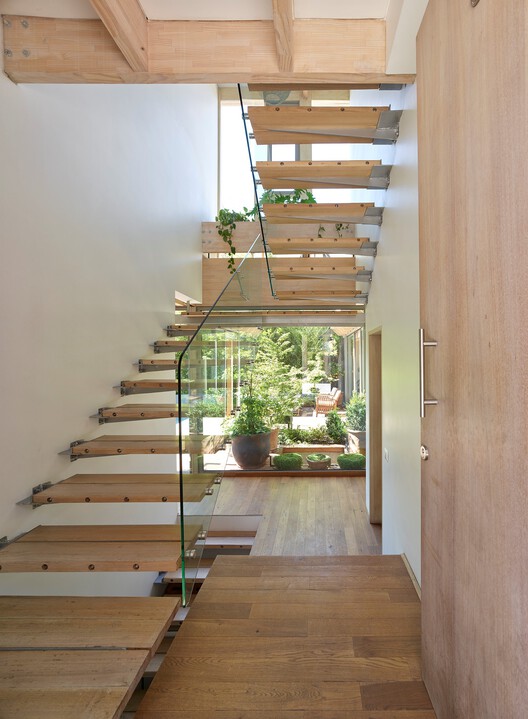 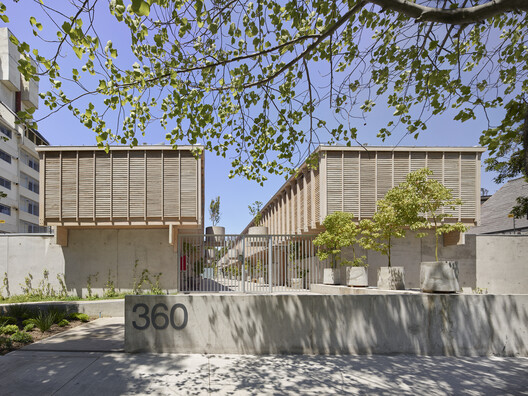