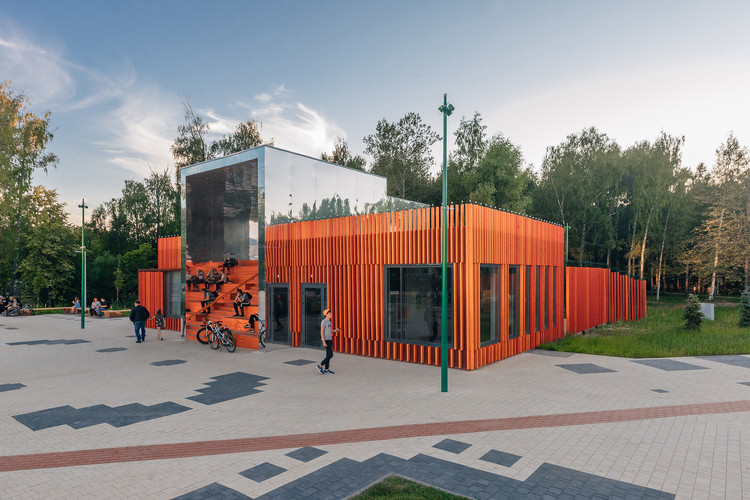 Text description provided by the architects. Arzamas is an old town with an interesting history and rich cultural and economic traditions. The Gaidar Park is the most popular recreational space among both local residents and tourists but its infrastructure, as well as its functional and commercial programs, don't meet the modern standards of quality public space. As a result, in 2018 more than 60% of participants voted for the Gaidar Park to be renovated. Municipal authorities together with the park management team set up activities to engage public participation in discussion and planning. Later IRGSNO joined the project and created the architectural concept which was later won in the Federal Contest «Small Towns and Historical Settlements».

IRGSNO team also helped to organize effective communication between all members of the project’s working group including local authorities, park management team, experts, local residents, developers, and contractors. The organization of such working groups at all stages of the project implementation is the key aspect of our approach.

The main idea was an integral step-by-step renovation of the park. The Gaidar park was thought to become a multi-purpose, all-the-year-round, inclusive public space. Stage 1 of the renovation aimed to enrich the park's functional zones and to create the park's unique image. The main concept is «the HERO» + «the PLACE». «The hero» is Arkady Gaidar whose name the park bears, and «the place» is the unique landscape of the park with its clay pits. The first stage included the renovation of a large area with an amusement park, main entrance, sports and workout zones, and a festival square facing the lake. New zones included a sports zone, a festival zone, a historic lane, and a community center.

We managed to create a new unified style for the park by forming an architectural ensemble by using materials and forms inspired by Arzamas land and its history. The basis of the park’s architectural style is a combination of ceramic bricks, steel, and wood. Being a basic element for building, a ceramic brick sends us back to the days when clay was extracted in the area. The “Brick” theme is reflected in the use of clinker in paving and urban furniture. The shape and size of a ceramic brick are also repeated in wooden elements. The pavement layout design refers to Arzamas’ historical center urban planning.

The new key point of attraction of the park – a community center – is a multifunctional pavilion comprising an amphitheater and a courtyard. The community center is the place where visitors can experience working with clay from sculpting to glazing.

Since the park bears the name of the writer Arkadiy Gaidar, one of the zones – a kids art playground – is dedicated to Gaidar’s writings and is called “Gaidar’s star”. This playground was designed in response to people’s requests and is filled with art objects representing some characters of Gaidar’s stories. A kids' art contest was held to help design this playground. 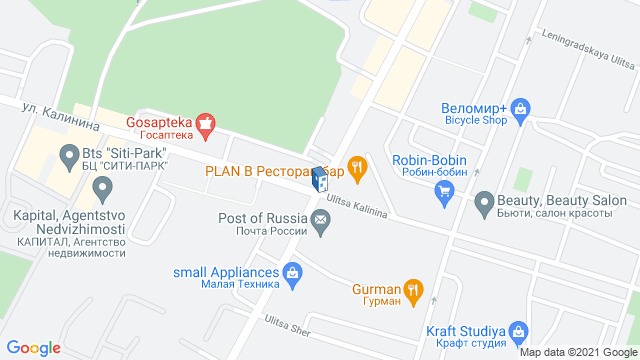