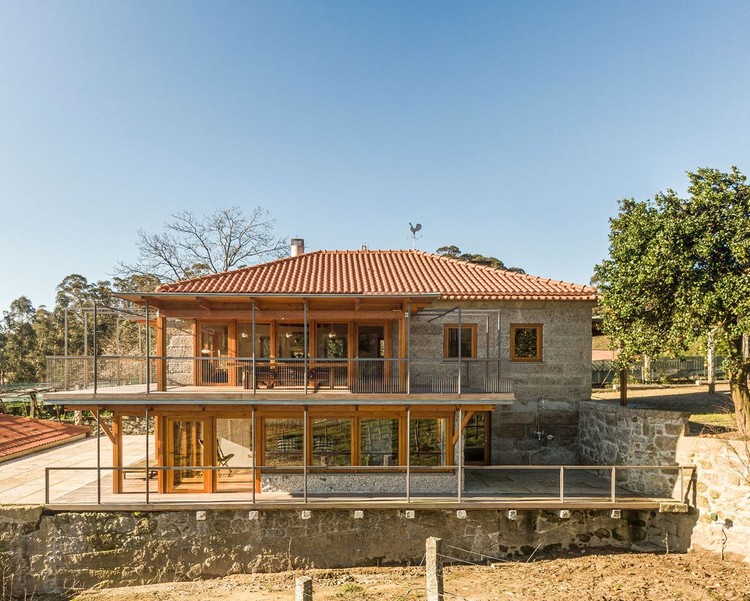 Text description provided by the architects. Architecture is always transformation. Preferably for the better. But not always.

I had been there before, but just to see the São Cosme farm. And a rocky outcrop, sitting in a strategic location with great views. I went back there. They wanted to refurbish an old house that had long been abandoned.

I didn’t even remember the house, as previously the magnificent granite outcrop had claimed all my attention. The house had been built for the caretakers. It was built in a mixture of materials. The stonemason, who cut the stone, had been good and the stonework showed some quality. However, the master-builder responsible for the concrete work had left evidence of his incompetence.

Abandonment is a bad builder that rapidly destroys what’s been done. Both the bad parts and the good. The agricultural buildings were in slightly better condition as they hadn’t been abandoned, which is something positive.

I already knew the Client, as we’d done other projects together before. The brief was relatively simple, but with a degree of complexity nonetheless. This complexity was a result of the steep slope and because the various existing buildings were spread over different terraces.

Right away I wanted to make an upside-down house: Living Rooms above and Bedrooms below. Initially, there was some apprehension about this idea. The project was prepared, discussed, and went on to be constructed immediately. That’s how I like it to be and what makes it fun.

The demolitions revealed both nice and not-so-nice surprises. The roof, up until then hidden, was fully constructed in eucalyptus and was in reasonable condition, as there was no evidence of any termites or fungi. As usual with structures in eucalyptus, a challenging species of wood, there were a lot of twists and cracks in the timbers. It’s the nature of wood to be always working.

On the lower floor, a semi-basement, they had scrimped on the foundations, so these had to be re-invented. So, we took the opportunity to go slightly lower, in order to increase the room height. The lightweight slab was light in all aspects. In the reinforcement and even the actual concrete. Very light. It had to be reinforced and even replaced here and there.

Up above, the roof structure simply sat on the four outside walls. Just like that, with no frills. The windows were satisfactory both in terms of light and ventilation in accordance with the agreed layout. They corresponded to what was needed. There were traces of previous openings and their later closing up. Possible corrections or adaptations. We cleared away what we thought excessive and we opened up a lot. Because windows are not there solely to satisfy the need for illumination and ventilation. They must also bring the outside in. Of course, we would like to live outdoors all the time.

I added a new volume, the Master Bedroom, and above this a Terrace, directly connected to the Living Room. Verandas and overhangs allow us to control light levels, as well as controlling the rainfall. A tunnel connects the House with the new volume at the lower level, where the Laundry, Workshop, and Car Parking are located. This is, in fact, the service entrance for the House, and connects all the floors.

The roof structure was repaired and stabilized. Some steel was added to reinforce connections. Stabilizers. We used timber for the structure of the new volume and the overhangs, on the ceilings, and also for the window frames.

The Living Room is a generous space where it all happens. Or almost all. The kitchen, Living, Circulation, and even a small Toilet are located in this space, under the four-sided, pitched ceiling. Three Bedrooms downstairs. Bathrooms.

The outside area was landscaped, as it is no longer just for agriculture. The threshing floor in front of the Bedrooms was repaired. Cobbles were laid in the Patios and Pathways. Everything was designed. Much of the design was done on-site. As I like it. All projects should be like this. Without other, always negative, opinions. When we go back there, it’s as if, it has been this way for ages. But a substantial transformation has taken place. For the better. This is the way Architecture should be.

Now we will turn our attention to the outcrop because it looks like someone wants to build a house on it. 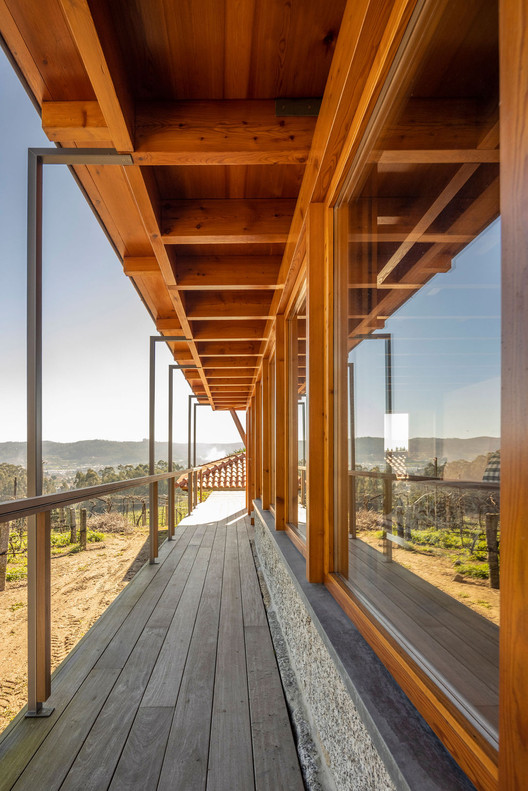