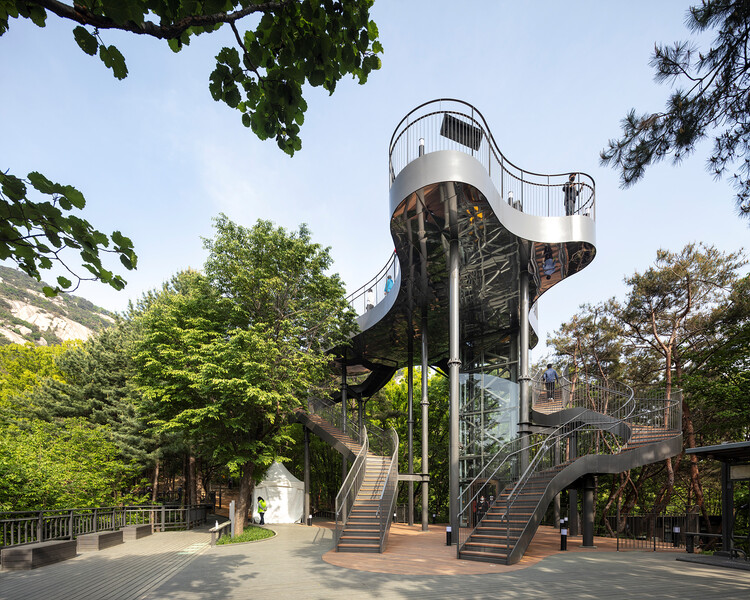 Text description provided by the architects. Imagination Pavillion was a project suggesting the existing old observatory to the new one. The observatory for amusement and a view where we could meet nature and overlook cityscape doesn't only serve functional role but also would like to suggest a pavilion with new imagination. The barrier-free zone which is located along a trail is a regional nature community space that is most loved and used by local people who are meeting nature.

The imagination pavilion which has installed at the peak of the trail is a final destination for easy strolling but also a connection between another nature world and the city, new landscape amusement, and a starting point for the other journey. We designed a panorama vertical trail which is a playground for a relationship of nature and inhabitants, which naturally gets related after watching the nature landscape at the observatory, and also strolls inside the forest. Through this, it suggests a poetic pavilion assimilates with nature, incorporates and amuses the forest and sky, and an attractive observatory that actively combines formative mystique and nature inside the mountain.

Culture-Art Playground inside the Mountain - When strolling along the trail, two streamlined shape staircases and one elevator could be met at the observatory. Users can freely choose how to go up to the observatory. Two stairs present different perceptions and landscapes when going up and down. Hope going up and down the streamlined shape staircase turning body all around could be another amusement of walking.

With structure columns supporting the observatory, a staircase on the other side, and a reflection-type stainless ceiling light on the bottom part of the observatory, the pavilion becomes a three-dimensional aperture of the landscape which makes us understand Bulam Mountain's nature with different emotions and senses. We hope this three-dimensional and strange landscape where an artificial pavilion and nature meets abruptly could be another fun culture-art playground inside the mountain for the observatory users.

Poetic Nature Observatory - Bulam Mountain is low in height, but its shape is a heavy rock mountain and a valley's line, and tree crowds are diverse. The observatory deck is a place where the mountain and sky directly commune. The streamlined shape observatory deck secures a view to the Bulam mountain and city to the maximum and subdivided an area for near approach so that it could have diversity in landscape. The shape of the poetic language provides an inspiration assimilates with nature to the citizens, and it's a poetic nature observatory open to anyone. 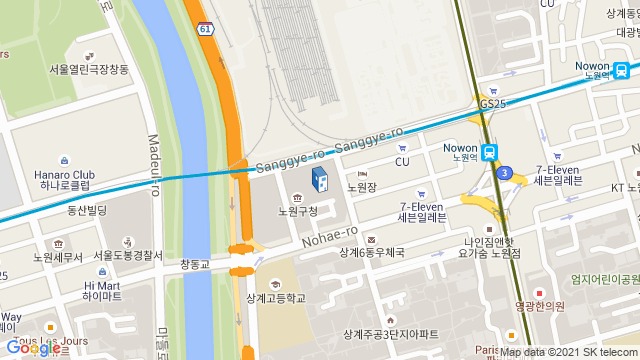 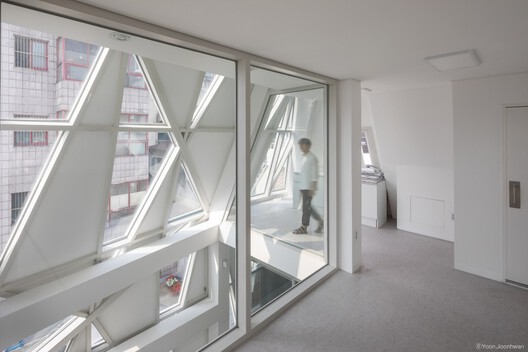 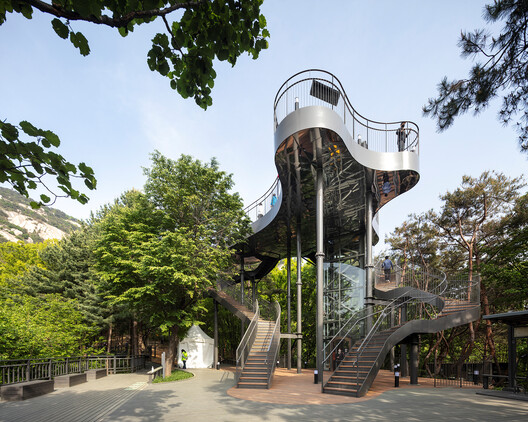