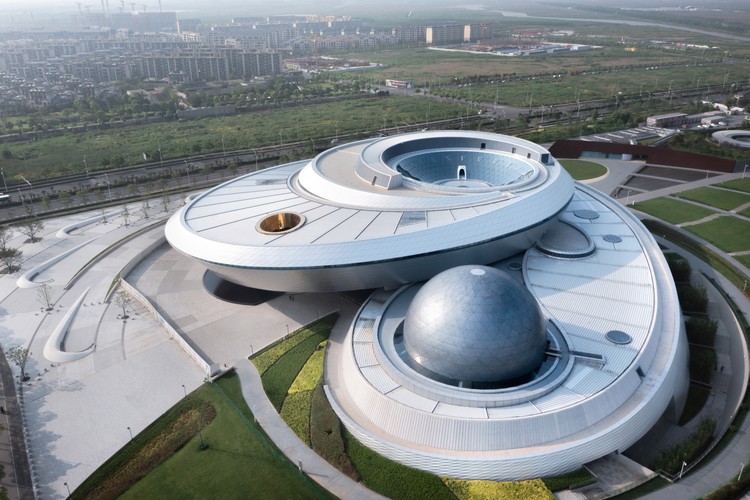 Text description provided by the architects. Designed by Ennead, the monumental new museum creates an immersive experience that places visitors in direct engagement with real astronomical phenomena. Through scale, form, and the manipulation of light, the building heightens awareness of our fundamental relationship to the sun and the earth’s orbital motion. At 420,000 square feet, the new astronomical branch of the Shanghai Science and Technology Museum will be the largest museum worldwide solely dedicated to the study of astronomy.

“In making this building, we wanted to create a place where the institutional mission is fully enmeshed with an architecture that itself is teaching, and finds form in some of the fundamental principles that shape our universe,” said Thomas J. Wong, Design Partner at Ennead Architects. “The big idea of the Shanghai Astronomy Museum was to infuse a visceral experience of the subject matter into the design and to deliver that before you even enter the building. And at the end of your visit, there is this culminating moment directly with the sky, which is framed and supported by the architecture.”

Winners of the international design competition in 2014, Ennead delivered an architecturally ambitious design – without straight lines or right angles, echoing the geometry of the universe and the dynamic energy of celestial movement. Wong drew inspiration from the classic “three-body problem” in physics, looking to the intricate choreographies created by the gravitational attraction of multiple bodies within solar systems. This is reflected in the winding architectural ribbons of the Museum’s facade. The building’s envelope traces a series of arcing paths that are visibly influenced by gravitational pull: the heart of the central atrium, the forward momentum at the entry, and the planet-like sphere that envelopes the planetarium theater. The Museum and each of the three principal architectural components that define the design – the Oculus, Inverted Dome, and Sphere – act as functioning astronomical instruments, tracking the sun, moon, and stars.

The Oculus, suspended above the main entrance to the Museum, demonstrates the passage of time by tracking a circle of sunlight on the ground across the entry plaza and reflecting pool. At noon during the summer solstice, there is a full circle, which aligns with a circular platform within the Museum's entry plaza. The Oculus creates a veritable timepiece in the civic square.

The Sphere houses the planetarium theater, which is half-submerged in the building. With minimally visible support, it evokes an illusion of weightlessness or anti-gravity. The pure spherical form references the primordial shapes in our universe and, like the orientation we yield from our position relative to the sun or moon, becomes an ever-present reference point for the visitor. The Sphere derives its shape not only from the requirements of the programmatic element it contains but as an abstract manifestation of a primary celestial form. Embedded in the roof plane of the lower Museum wing, as if rising out of the Earth-bound horizon, the sphere gradually emerges into view as one rounds the building, the drama unfolding as though one were approaching a planet from one of its moons, allowing visitors to experience it as a weightless mass from below.

The Inverted Dome is a large inverted glass tension structure that sits on top of the central atrium of the building at the roofline so visitors can occupy the center of the glass dish with an unimpeded view of the sky. The culmination of the exhibit journey, this space cuts the view of the horizon and adjacent urban context and focuses the visitor on the all-encompassing sky – a real encounter with the universe to conclude the simulated experience within. The 720-degree spiraling ramp inside the Museum and underneath the Inverted Dome traces the orbital flow of the visitor sequence throughout the Museum exhibits and launches the eye upward to its apex.

Set within an expansive green zone, the Museum grounds include a host of buildings and programming including temporary and permanent exhibits, a 78-foot solar telescope, an observatory, an optical Planetarium, an Education and Research Center, and a Digital Sky Theater. Programming at the Museum will feature immersive environments, artifacts and instruments of space exploration, and educational exhibitry. 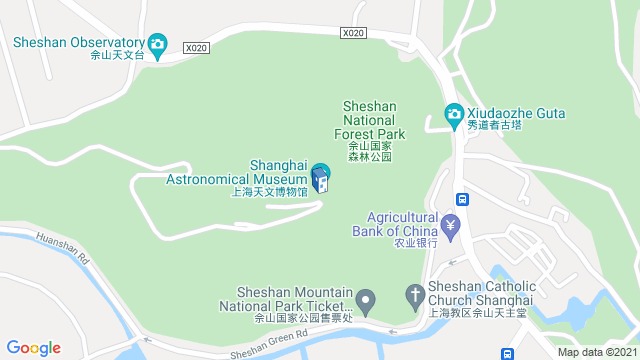 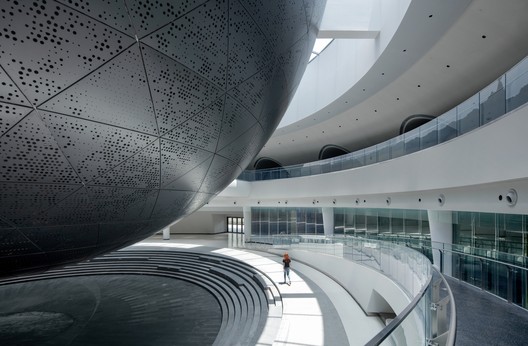 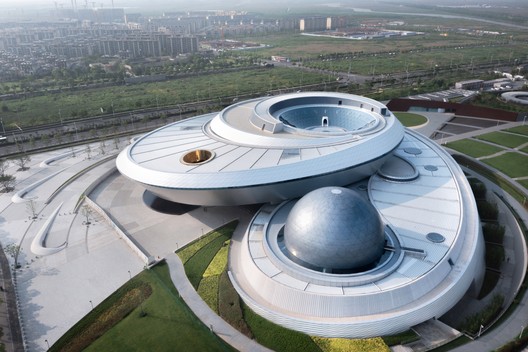