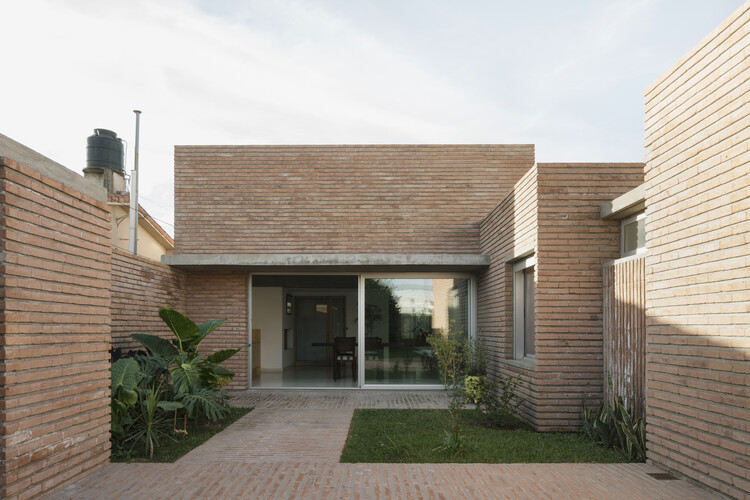 Text description provided by the architects. A house received as a family inheritance that intends to readjust to the new requirements of the owner. A house located in Santo Tome, a city that is part of the Santa Fe conglomerate.

We find a modest type of box house, typical of the interior towns, resolved in a perfect compact square, with a side corridor that leads to the back patio, where a service room, laundry room, workshop, and a fence that separates the garden or chicken coop from the house.

The extension takes place in the interstice between the new and the old, leaving a private office for the owner in the old rooms.

The proposed operation was to group a series of objects of different scales towards the patio that pose a new limit. New objects that are built with bricks from the area, through the successive construction of layers, such as terrestrial construction, taking only their horizontal joint.

The brick is the rule, its measurement defines the dimensions of the objects, the incisions that are made, and their height, when it is necessary to open large openings, reinforced concrete appears as an answer.

When the brick is released from the load-bearing, it is arranged vertically, demonstrating the absence of structural capacity.

In the meetings with Jorgelina we learned some stories about her grandmother's house that brought back happy memories that we tried to recover and incorporate into the house. Thus appeared, after removing the roof of the old kitchen, the internal patio inside the existing house that leads us to a tiled terrace to hang clothes and also the idea, not yet materialized, of having a pergola in front of the grill to eat under the shade of a vine.

The House for Jorgelina proposes a positive transformation of what already exists, enhancing certain indications found in the preexistence and inquiring into the memory of those who inhabit it. 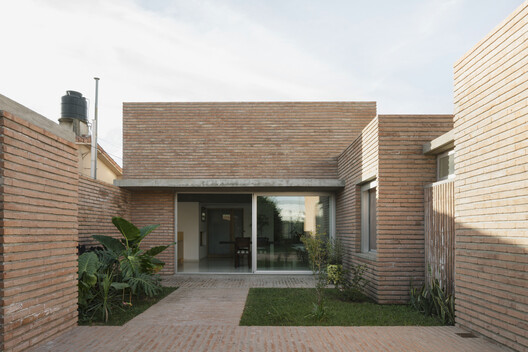