✕
Save
House Lincoln / Those Architects 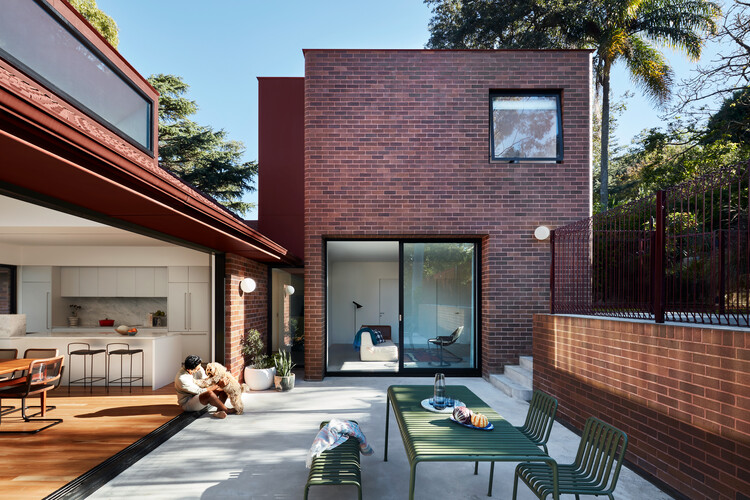 Text description provided by the architects. A mini tower addition by THOSE Architects solves the ‘move or improve?’ dilemma, turning a modest suburban bungalow into a versatile courtyard home.

The site. A 1950s single-storey brick bungalow on an oddly shaped, sloping site in the leafy Sydney suburb of Lane Cove. The brief. With their family outgrowing the quaint mid-century bungalow, our clients wanted a bedroom for each of their two young girls and a rumpus room, separate but still connected to the living area. Outside they wanted a small swimming pool and more meaningful connections to the garden.

The architect’s response. Our approach was to remove a poorly designed existing add-on at the rear, but retain and revive the original charm-filled bungalow. We added a new brick ‘tower’ at the rear western corner, which occupies only a small footprint but delivers considerable extra space: two bedrooms and bathroom upstairs, plus a rumpus, laundry and guest bathroom downstairs.

The tower reconfigures the house into an L-shape, helping it hinge entirely around a new north-facing courtyard, which is accessed from both the living room and rumpus. Because it’s anchored to the western boundary, the tower opens the living area up to north light, and captures district views to the city from its new bedrooms.

In response to the tower, we sculpted the sloping site, using one wall of the new raised swimming pool to encapsulate the courtyard as a sheltered central ‘place’, where the main living/kitchen area (of the old house) and the rumpus (in the tower) connect. Robust materials of brick and exposed concrete bring both harmony and contrast to the bungalow, while new hardwood flooring bridges the old and new interiors. Restored original details include elaborate cornices, a Juliette balcony and circular bay window in the main bedroom. The rounded lines of these Art Deco features became a motif for new details we introduced, including the tower’s bullnosed brick corners and timber balustrade, and the living room’s sculpted ceiling which unfolds under a vaulted skylight, to gently bathe the room in light. 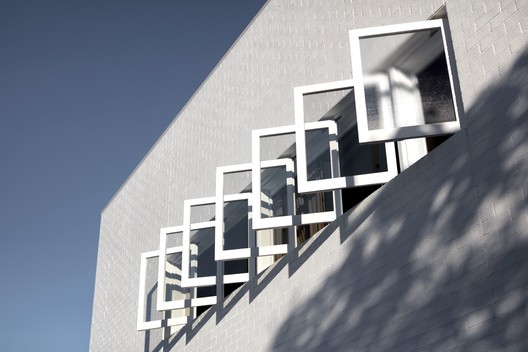