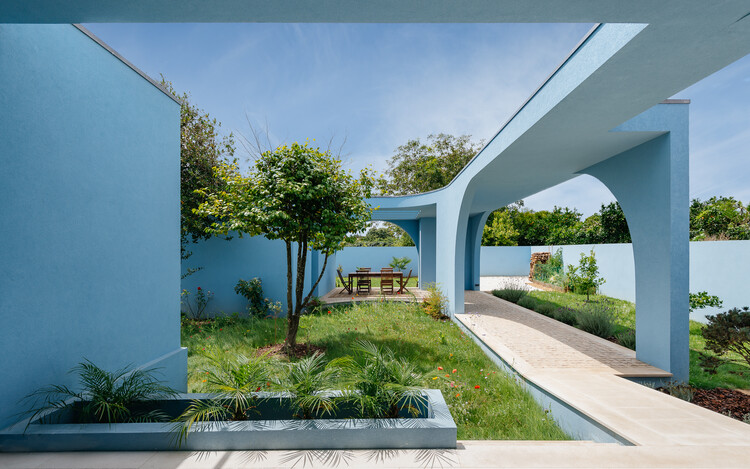 Text description provided by the architects. Troviscal village still has a rural character. The existing houses, generally isolated, and very often with a single-storey structure, reveal the agricultural fields. The house to be recovered brought something new. Perhaps it was not the most erudite architectural model - but it had a character. Probably built in the 40s or 50s, it reflected a language with Brazilian references, between the neo-neo-classical and the picturesque, stimulated by the wild garden and beautiful trees.

The first decision was to isolate the main building and work from there with the awareness that it would be imperative to introduce new rooms. This extension, to which the pergola and the garage are added, is a new volumetric body, that seeks communion with the main house, not by assimilation but by continuity, through the interpretative mimicry of the architectural elements identified as fundamental: - The loggia (entrance) - The room, with its octagonal window.

Consequently, the new volume leans against the main house and its shape reflects the design of the room, this time in negative, symbolically constituting the “outside room” in continuity with the garden, but that stands out from its surroundings. All formal work is based on experiences about the "arc", in different geometries and in different planes. In a way, the architectural language of the house was synthesized.

The blue color, found in the different layers of plaster overlaid, admittedly exuberant, has a double function: the coherence between the old and the new, as well as recovering its eccentricity in the relationship with the garden and the surroundings. 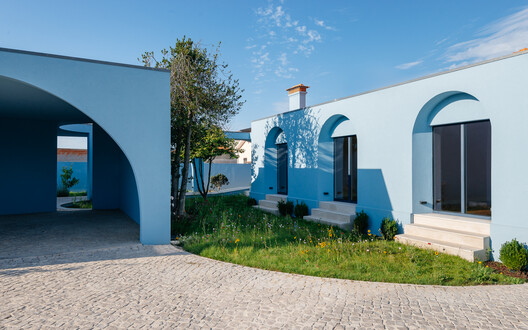