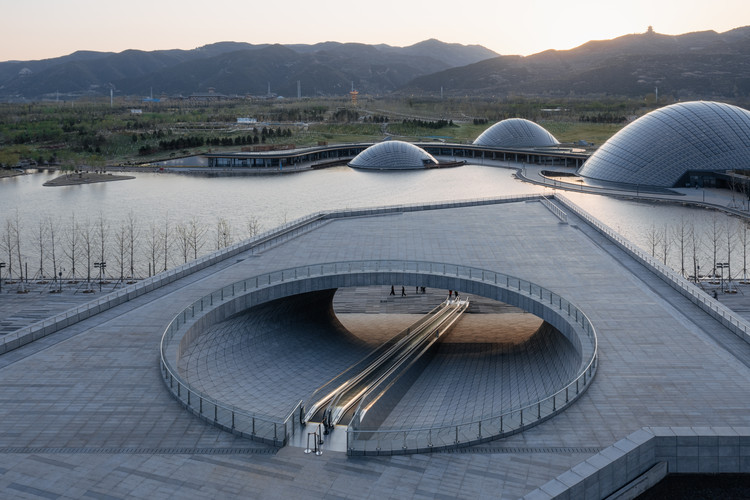 Text description provided by the architects. The project was launched with the ambitious objective of transforming a former coal-mining area into a landscape park, which is not only a model for the landscape design that is so essential in China, but also contains a building infrastructure that can be used for researching into and offering people access to and information about natural ecosystems. The politically stated need to create high-quality leisure areas in or close to cities and to find ways of controlling the resulting large numbers of visitors formed the basis for the definition of a spatial programme. This envisaged not only the creation of the landscape park itself but also the construction of a central entrance building with a nature museum and administration facility, three greenhouses, a restaurant, a bonsai museum and a related research centre with a library and staff accommodation.

The centrepiece of the buildings, which are very precisely inserted into the modelled topography, consists of three greenhouses, which were realised as three hemispherical timber lattice domes. The construction of these greenhouses required the pooling of technical know-how in the areas of energy design, thermal performance, structural integrity and glazing as well as assembly and logistics. With a free span of over 90 metres, the broadest of the three domes is one of the largest such timber lattice structures worldwide. All three domes consist of double-curved laminated timber beams, which are arranged in two or three intersecting layers. The domes are glazed with double-curved panes of glass, some of which include openable windows. The main beams of the timber structures that, from above, resemble shells, are tightly bunched together on the north side of the base and fan out towards the south, creating a structurally varied translucency that optimises the solar gain. Detailed knowledge of local climatic conditions, the thermal demands inside the structure and the structural efficiency and availability of suitable constructional resources were key parameters for successfully minimising the ecological footprint.

DMAA’s very early decision to use timber as widely as possible in this project permitted not only extensive prefabrication but also high quality of execution, while also opening up a rich seam of potential historical associations.

The entrance building, which is approached from the access road via a large courtyard, leads visitors via an open stair that passes through a circular opening in the slab onto a huge roof terrace, from which they can oversee the entire park and become aware of the building’s twin function as an interface between architecture and landscape. The cantilevered vie-wing platform soars above the area of water at the heart of the park and directs visitors towards the three greenhouses in the botanical gardens.

The terraces of the bonsai museum, which are laid out in concentric circles, provide the constructional framework for this precise presentation of an ancient Far Eastern aspect of Garden Art. The path taken by visitors reflects the principle of a domesticated natural landscape. Just like the mighty domes of the greenhouses, the base of the bonsai museum also reacts dynamically with the modelled topography of the landscape and the surface of the pool.

The research centre contains laboratories, studios, office buildings, workshops, meeting rooms, lecture rooms and a library and is broken down into a number of pavilions of different sizes, which are linked together by a common connecting block at the ground floor level.

The sculptural articulation of the overall concept is based on traditional Chinese timber roof structures, which it attempts to do justice to by reinterpreting their structural and geometrical logic. The restaurant and tea house is a perfect example of the application of the principles of piled and interwoven load-bearing layers, of creating steps and scale by adding or removing layers close to supports or edges and of playing with proportional relationships between structure and space.

The constant dialogue between inside and outside and the architecturally subtle articulation of the interface between architecture and landscape are reflected in the sculptural modelling of the landscape park, which merges organically with the built infrastructure. 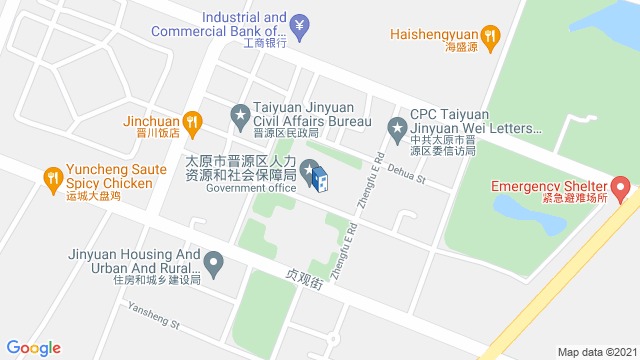 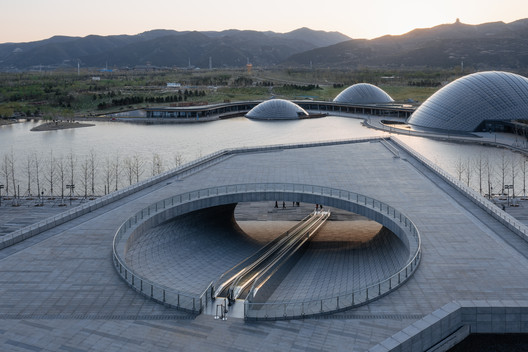