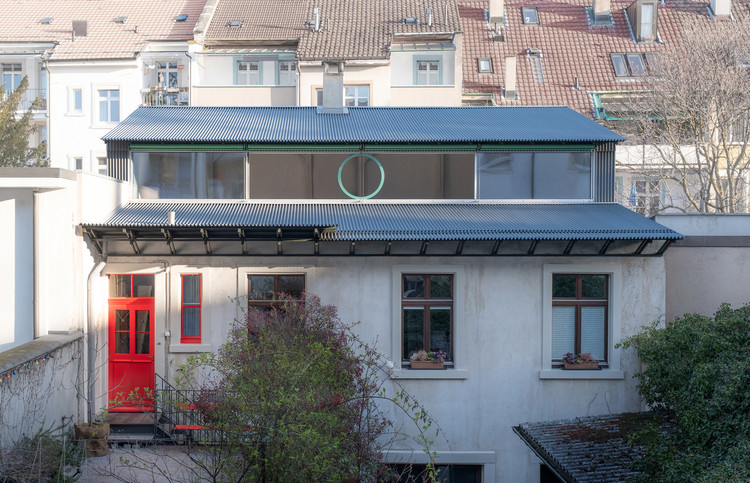 Text description provided by the architects. The Matthäus-neighbourhood was built in hardly more than a decade as a residential district for the workers of Kleinbasel. Between 1890 and 1900 a district characterised by uniform housing blocks was built within a short period of time. As in many backyards, a small craft workshop was established directly behind the residential building. The two-storey house has already undergone several changes over the years and was extended to create additional space under the roof that can be used as a studio and a guest room.

While retaining the ridge and eaves lines, the roof was opened to create a new room with more height and a new ribbon window. The existing materials were adapted and reused. The floorboards and the framework remain part of the changed house and – in a new guise – take it into the next phase of life. The warped and skewed beams were also dismounted, cut, brushed, and reinserted to remain visible. Alternating with the precisely prefabricated plywood panels, their notches and cracks reveal traces of times gone by. On the outside, the finely corrugated zinc sheeting seeks to connect with the half-industrial and half-ephemeral buildings of the backyard.

In the workshop, there was a turnery where numerous wooden products for the whole town were made. Frames, railing rods, candle holders, billiard rods, but also drumsticks and ratchets for the Basel carnival. A few of the many rods were selected from the pool of stock to serve as moulds for a unique washbasin.

The load of the roof is carried by a central support, which however escapes the statical logic. In the most unfavourable form imaginable, it makes a plea for an architecture beyond rationality and a didactic striving for usefulness. Dissolved and treated like a jewel, this support, as the only visible static element, tells of lightness and joy rather than of supporting and weighing. 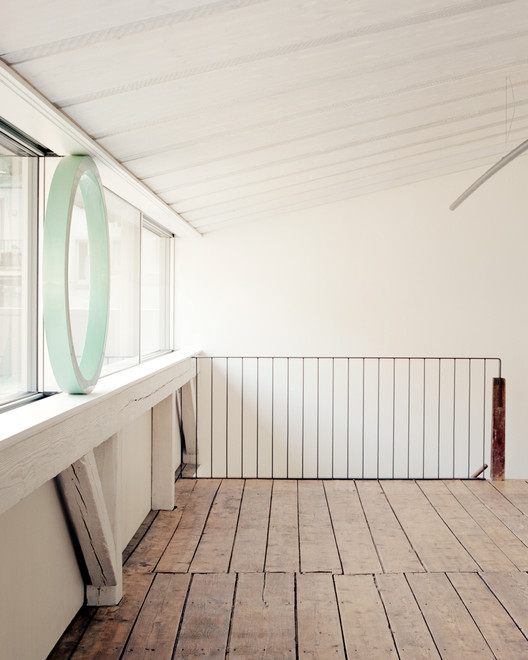 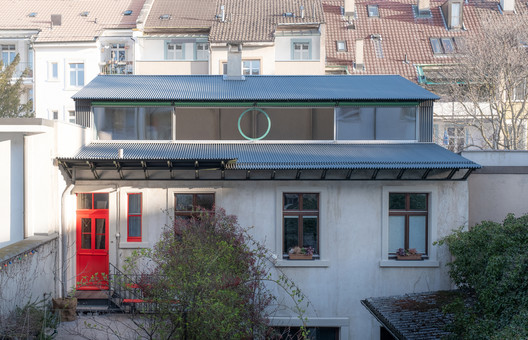