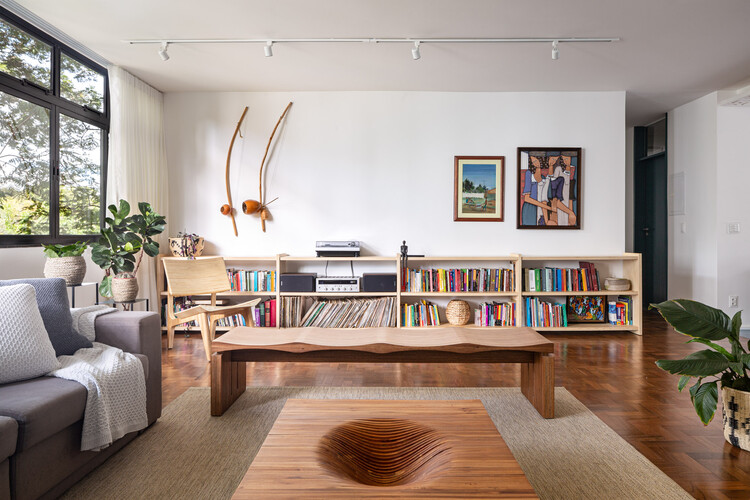 Text description provided by the architects. It is always a pleasure and challenge to make new things while still respecting tradition, especially in a city such as Brasília where the heritage aspect comes from a very recent age. The apartment found stood out for being practically intact in relation to its original design. The building from the 60s is located in the oldest neighborhood in the city, Asa Sul.

In this project, we were lucky to work with a family who valued those aspects and still opened to experiment with new solutions. The couple's biggest motivation for the project was the desire to build a quality space for the family in a central area of the city. The guidelines were simple: openness, respect the budget, value local producers, and the history of the place.

Within an area of ​​135m², the renovation project for this apartment was based on spatial restructuring, which had a clear division between the social area and the service area. Such division has become obsolete nowadays and does not fit contemporary living habits. In addition, the arrangement of these areas and their compartmentalization prevented the cross ventilation from the laundry room towards the living room and the light from that same facade from entering the social and circulation spaces.

The substantial reduction in the laundry area was the key point that made it possible to connect the kitchen and the living room, thus opening the view to the posterior facade, creating a new protagonist to space: the cobogó wall. Made of hollowed prefab concrete blocks that provide permanent ventilation, this typical building element from Brazilian modernist architecture is inspired by the muxarabis, an inheritance of Arab culture. For that we removed the half wall that closed part of the cobogó wall and brought the element to the kitchen ceiling, reinforcing the connection between outside and inside. The element also proved to be useful by allowing the heat to exit, and also as a source of artificial lighting during the night while hiding the ceiling installations.

It is about not only valuing the city's modernist heritage but also giving it new meanings and possibilities. Since the original cobogó piece could not be found anymore, the solution was handcrafting the pieces by a plaster lining specially molded for the project. This collaboration with local artists and builders rescues the original pioneering construction spirit of the capital.

Other spatial aspects of the apartment also needed a makeover: the general restoration of floors, coverings, and facilities that were in poor condition. Thus, we proposed to update both the hydraulic and electrical infrastructure, as well as the implementation of materials that would renew the space and at the same time bring the sensation of comforts like the new blue tiles and the restoration of the parquet floor.

The interior design presents a light combination with many diversified elements, where the designs vary in pieces of colorful tiles by Ladrilharia, naval plywood furniture made by the designer Ricardo Theodoro of Uso Atelier, metallic shelves, and objects of Brazilian tradition such as the berimbau, a musical instrument from Bahia, wire chairs typical from countryside decoration and ornamental plants. 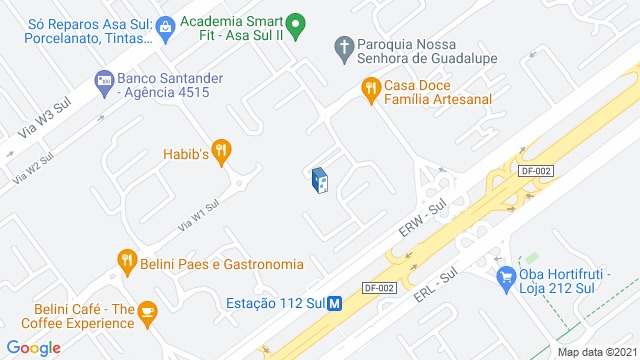 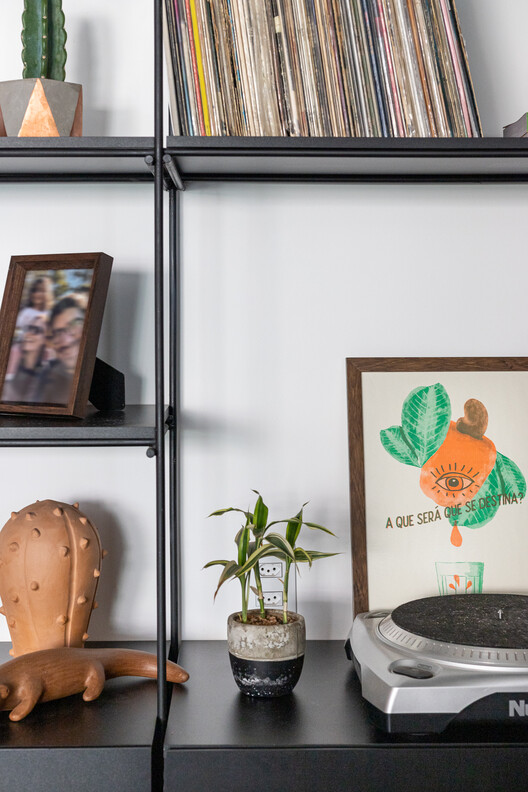