The Russian Federation Pavilion for the 2021 Venice Biennale explores the role of cultural institutions across physical and digital spaces. Titled Open, the program investigates the subject on multiple fronts, from the renovation of its physical architecture to the research into the social role of virtual environments and a collection of perspectives on the new ways of thinking in the institutional realm. The contribution builds on the Open? project, which debuted in May 2020 and continued throughout the year as a virtual platform for creatives and thinkers. 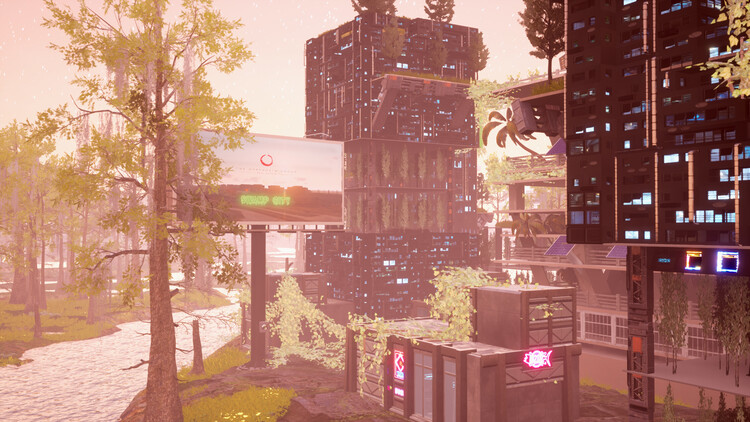 The architectural intervention component involved the renovation of the Russian Federation Pavilion, initially designed by Alexey Shchusev and dating from 1914. The renovation project, entrusted to Russian/Japanese architecture studio KASA (founded by Alexandra Kovaleva and Kei Sato) and realized under the supervision of 2050.plus aims to re-establish the building's relationship with its surrounding and update the venue to contemporary standards. A series of drawings by KASA will illustrate the renovation's intentions during the Biennale. An interactive flag designed by Electric Red and shaped by visitors will be installed in the renovated space.

With Russia as one of the world's largest market for videogames, the exhibition reflects on the social meaning of digital environments by featuring a gamer station. The pavilion illustrates the potential of games as testing ground for institution making since they offer the possibility to create worlds and imagining alternative futures. Visitors will be able to play three Russian video games: Sanatorium Anthropocene Retreat, chapter II by Mikhail Maximov, It's Winter by Ilia Mazo and Yua's Nightmares by Yulia Kozhemyako. Additionally, the film program Into the Sandbox, curated by Vladimir Nadein, examines the intersection of cinematography, game engines, digital environments, and gamification processes.

Contributors Announced for Open! the Russian Pavilion at the Venice Biennale 2020

As the Biennale was postponed, the Russian exhibition turned into an online editorial project, releasing an array of commissioned projects over the past year and gathering a collection of perspectives on the future of cultural institutions. The latter have been compiled into the essay series Voices (Towards Other Institutions). Open? provided the opportunity to extend the pavilion's program beyond the timeframe of the Biennale. The online project started in 2020 will continue throughout the subsequent editions of the biennial as a digital pavilion.