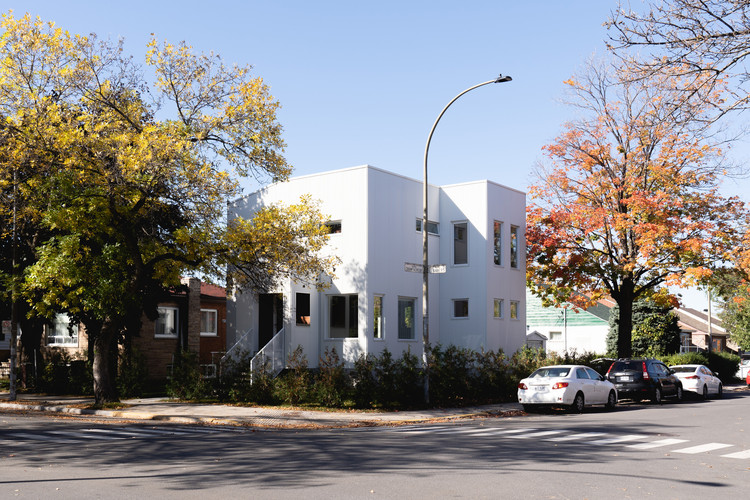 Text description provided by the architects. Park Extension is a historically Greek neighborhood that has many small unique detached homes that were often built by the hands of the people who lived in them. The area is a strange suburban enclave amidst an urban fabric that is far denser and less green. In the summer the sound of the birds and the rustling of the leaves can leave you confused to think that you are still in Montreal.

For us the eclectic nature of that little segment of park extension was what was really worth preserving, although the homes are all single-family dwellings, they vary greatly with the typical urban fabric in Montreal and from one another in their materials and style. The use of inexpensive light cladding materials is also something we noticed, which is rare in a city where brick cladding is most common and consequently obliged by city planners. For us, it was important that the new project felt like it was in continuity with what used to be there, almost like it grew out of it.

The client wanted to add a storey to the house and we wanted to make sure to maintain that image of that eclectic white house in the middle of lush greenery; this was carried out by maintaining the proportions of the windows, replacing the white horizontal siding with a white vertical corrugated steel cladding to accentuate the project’s new verticality and paying homage to the original pitched roof of the home, by maintaining an angle on one side of the house. It was important for us to use a simple, inexpensive cladding, but to detail it with great care; we really liked the idea of using a cheap material with refined details. Town planners can often prioritize the use of noble materials like brick, but for us, in this part of town, the use of simple and cheap materials is an integral part of the built heritage of this place which we think is important to carry on.

Considering the small 25ftx25ft footprint of the house, the client was brave enough to allow us to sacrifice a proportion of the ground floor and the second storey floor in order to generate 2 voids, one on the ground floor and another over the kitchen on the second story; allowing for light to reach deep into the basement while creating a sense of grandeur in a relatively small space.

This strategy also generates the possibility for many interesting interactions to take place between the three communicating stories; each space has unique spatial qualities which aim to offer a diverse experience to the inhabitants. The double heights also help generate a sense of grandeur, in a relatively small footprint.

This project was our first built work that we undertook in the first year after our graduation from architecture school. We are incredibly touched to have had the opportunity to contribute to creating what we hope will become a new point of reference in the neighborhood. 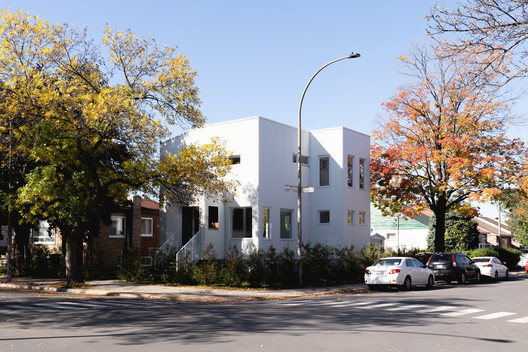 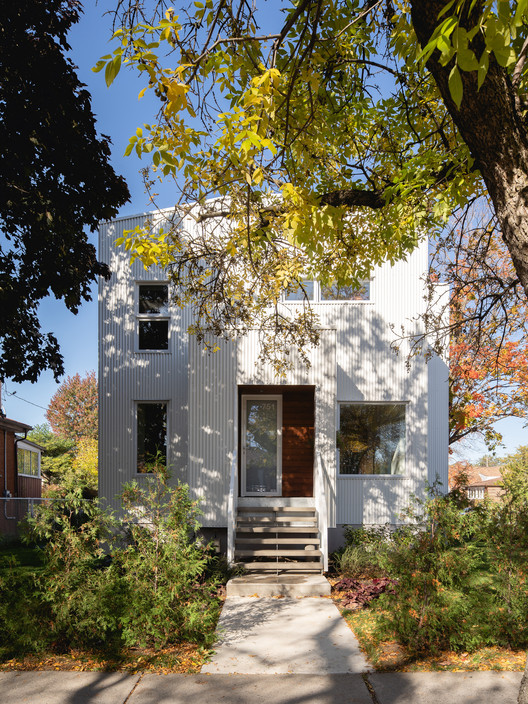