Save
Alvar Aalto and the Use of Timber: From Stools to Ceilings and Structures
Share
Or
Copy

Many describe the work of Alvar Aalto as an embodiment of the concept of Gesamtkunstwerk (a total work of art), where architecture, design, and art merge into one. The Finnish architect is a pioneer in the so-called organic strand of modern architecture in the early 20th century and has strongly influenced what we know today as Scandinavian architecture. According to a description on the MoMA website: "his work reflected a deep desire to humanize architecture through an unorthodox handling of shapes and materials that was rational and intuitive." Its methods of bringing natural light into buildings are extolled and studied repeatedly until today. But throughout Aalto's career, wood has always been present and taken many different forms. From structures to ceilings to stools, Alvar Aalto brought this natural material to the fore.

Around the 1930s, Aalto won a design contest to build the Paimio Sanatorium in southwestern Finland. At the time, tuberculosis, an extremely contagious disease, was plaguing the country, having caused the death of about 10% of the population at the beginning of the century. The sanatorium was part of a government plan to build several isolated hospitals to treat the sick. For the project, Aalto developed a building made up of several blades interconnected at angles following the landscape's topography, taking advantage of the sun and incorporating huge balconies. The project was consistent with the treatment protocol for patients, which consisted of providing good nutrition and bed rest in the early stages of the disease and then plenty of fresh air and sunshine. For this second stage, the architect decided to develop a chair to increase the comfort of patients undergoing treatment. Relatively low and long, the chair was designed with plywood sheets, which provided comfort and lightness, and allowed it to be moved and rotated towards the sun. Narrow horizontal slits cut in the headrest allowed air to circulate onto the patient's face, and the absence of padding reduced the chances of contamination. The Paimio chair continues to be sold today as an icon of design.

Aalto's experiments with plywood influenced names like Eero Saarinen and the American couple Charles and Ray Eames, but Aalto's use of the material was influenced specifically by the context in which he lived. Due to the landscape's topography and climate, the birch wood that grows in Finland does not allow for the construction of particularly robust furniture pieces. However, being a very flexible and elastic wood, it works well as a material from which to create plywood sheets or laminated wood. Alvar Aalto, together with his wife at the time, Aino, and two other partners, founded a company that continues today to sell furniture primarily made of plywood, and which developed extremely innovative wood bending techniques for its time.

Two years after the opening of the Sanatorium, the1935 Viipuri Library was completed, another landmark Aalto work. What is perhaps most striking about this project is the various skylights that cast filtered light onto the entire central space and its elaborate details. Another iconic element is the suspended and wavy wooden ceiling in the auditorium. Once the architect decided to set up the lecture room in a narrow space within the building, concerns about acoustics arose. By designing a wavy shape for the wood ceiling, Aalto was able to ensure better acoustic quality in the space, using it to absorb or redirect noise.

The corrugated wood ceiling was used by Aalto in several projects, among them and perhaps the best known being the Maison Louis Carre, built in France in the 1960s. The technique reached its peak in his 1962 project for Heilig Geist Kirche, where the wooden ceiling lining descends toward the altar, directing the viewers' gaze to the central focus of the space.

At Villa Mairea, another seminal project by the architect, wooden logs served to blur the differentiation between exterior and interior. Several wooden trunks, with different diameters and spacings between them, referred to the forest that surrounded the house. However, in addition to furniture and coatings, the architect also sometimes used wood as a structural material. In this vein, it is worth mentioning the Muuratsalo Experimental House project. The interior of the house contains an elevated attic area that would function as a painting studio. This space is supported by large wooden beams and pulled wooden pillars. In the same property, a wooden sauna was built with overlapping logs, a relatively primitive technique in opposition to the rest of the project. But the structure's robustness and rusticity reveal the architect's common style and his expertise in details.

It is estimated that Aalto designed approximately 500 buildings over his 50-year career, in addition to several successful furniture items. His influence on the work of several succeeding architects is also remarkable, notably Álvaro Siza Vieira in his first major work, the Casa de Chá de Boa Nova. Wood was ubiquitous throughout this project. As Nadja Bozovic points out, “Alvar Aalto found inspiration in nature and his environment and was inclined to use natural materials. He used to say that every piece of furniture that is in direct contact with the human body simply had to be made of natural material. That was something he committed to.” 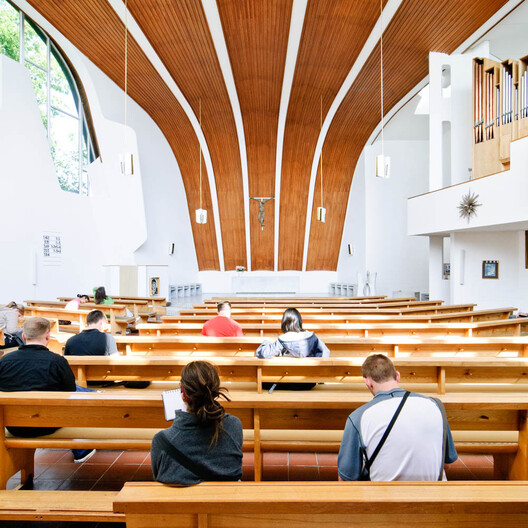