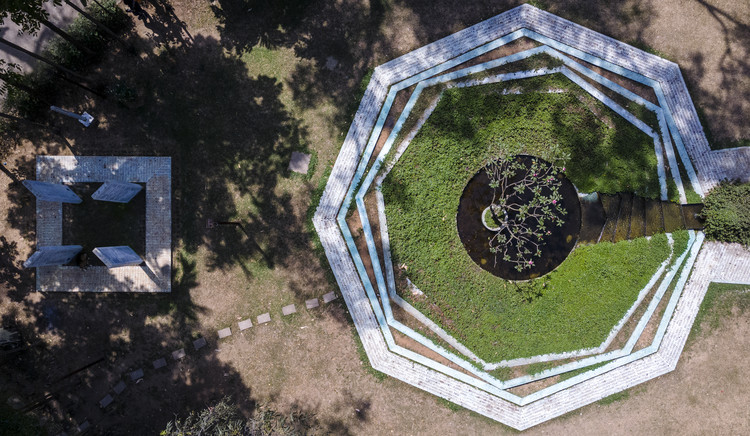 Text description provided by the architects. The premise of Faculty of Arts at Dhaka University is regarded as a center of historic and cultural significance which contains the most substantial monuments representing the Liberation War of Bangladesh, a landmark sculpture named Aparajeyo Bangla (meaning Unvanquished Bengal) and historic Bot-tola (a large Banyan Tree). The university authority wanted to address some issues by creating designated spaces for users through landscaped design interventions for the site. The premise was divided into;

Natural setting was both organized and random with layers of trees like Shegun, Rain-tree, Mahogany, Eucalyptus, Krishnachura, Bakul, Mango, Rubber, Kanchan and Kurchi trees with grass as ground cover. The Bot-tola (replanted Banyan Tree which was uprooted in 1971) was the epicenter of mass uprisings in 1960s.

Objective was to create a meeting place for young minds to act as a place for contemplation for students and faculties. With major landmarks already existing in the site, the new features were conceived to complement and enhance the atmosphere. The landscaping strategy was to weave each element on single sheet of public matrix by recognizable integration of natural elements.

Transient Symbolism of Central Zone: Geometry of rotating octagons gathers the surrounding atmosphere and disperses a spiritual tranquility from its watery center, holding the whole premise into one continuum. A cascade falls to a serene lily pond where a temple tree (plumera) rises from the depth of watery earth. Four commemorative plaques have been erected at the south corner of central triangular zone, dedicated to the memories of the martyrs of liberation war.

Unfolded Subtlety at East: A democratic space devoid of symbolism while removing constrains. Strategic design decisions were taken to transform negative spaces into accessible event spaces. Unexplored spaces were transformed all anomalies and grew into a novel introduction.

Historical Emblem at West: The landmark ‘bot-tola’ is a reflection of Bengali consciousness and indomitable yearning for freedom. There is an ‘apparent numbness’ to be transformed into an animated one by introducing an octagonal patterned brick platform surrounding the banyan tree and informative text installation with rust metal.

Crafted Materiality: Local Materials obtained and measured with innovative and novel operatives.  An honest containment of local craftsmanship and machine made aesthetic was achieved by using local bricks, cut bricks and brick chips with pigmented Cement Finished surfaces in reference to site-found colour palettes while introducing Mild-steel and Pure Brass-patina where all these dissolve into an experiential-image.

Choreographed Experience:Through walkways, platforms and connections user is guided and given liberty while experiencing and being at the place. Functions have clear definitions with a sense of omnipresent spatial connections. A choreographed pattern to follow for sensing a continuity for the user and also finding pauses at their will and consent.

Transformation with Time: With increased usability and added features spaces become both accessible and permeable. The constraints were removed while keeping the scale and as a result the zones breathe with their own identity. The designed features along with existing elements developed a desirable dynamics in between while the natural elements transformed itself within.

Phenomenological Image: A natural setting defined by human interventions where constant dialogue is set with both natural and artificial forms. Here the user experiences rely on memories and contemplated connections of individual mapping. 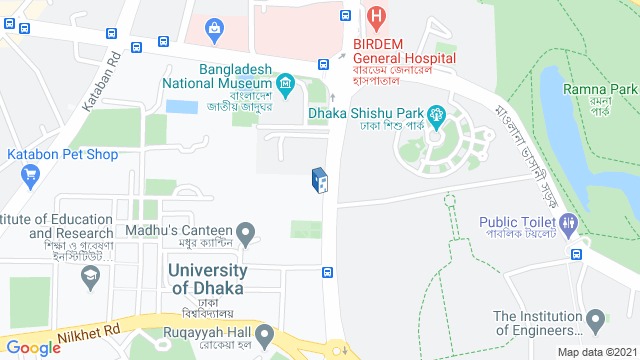 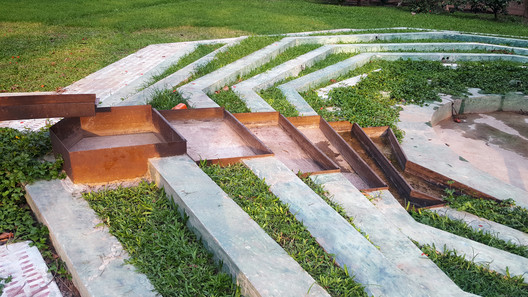 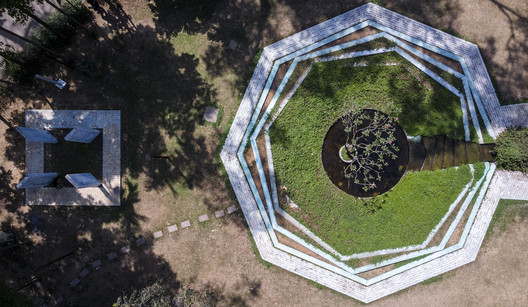