Last year, as the pandemic kept many housebound, artist and architectural historian Esther Choi found herself fielding a lot of requests from BIPOC students and young professionals looking for advice. She noticed several of the same concerns cropping up, specifically those having to do with the stresses of studying or working in environments that were overwhelmingly white. So, as one will do these days, Choi took to social media, where she announced virtual information sessions in which she would talk about her professional experience in an attempt to help others. The success of these initial, informal get-togethers led Choi to plan a series of events where BIPOC design students and young professionals could pick the brains of established BIPOC architects, designers, and writers about their careers and ways to navigate often unsupportive fields. The conversations would be casual, frank, and encouraging. Choi named the initiative Office Hours.

“I’m hoping to create a platform where we can promote a cultural shift in our field,” Choi said. “We need to be able to see people who look like us—that is, the global majority—and it doesn’t make sense that right now, this field that’s responsible for world-building is composed of a monoculture.”

The first season of Office Hours started last Northern hemisphere summer and ran through November 2020. Seventeen speakers took the virtual stage, covering topics like starting a design office, attaining architectural licensure, and publishing. Some presenters, like Jacqueline Shaw Clark, assistant professor at Rhode Island School of Design, and Sean Canty, director of Studio Sean Canty and cofounder of Office III, spoke to the experience of young architects, while others, like design researcher Alyse Archer-Coité and creative director Eric Hu, offered windows into related fields. Choi estimates that 1,500 people from around the world joined the first season.

Architecture x Nigeria: 3 Designers Discuss Their Favorite Projects and How They Created Them

Videos of the sessions are not published online for public viewing, and the number of participants is capped. The events are meant to be private and intimate, spaces where people can ask and answer candid questions without the scrutiny of an external audience.

“Sometimes the questions are really hard,” Choi said. “When questions about equity and discrimination are posed, and people have to talk about things that they’ve experienced that are really unpleasant, I want to remain sensitive to that and not make a spectacle of it for other people.”

Graphic designer Alex Lin, founder of Studio Lin, kicked off the second season on February 11 with a talk drawing from Lin’s experience working with OMA, the Studio Museum in Harlem, and others. The rest of the season’s lineup will be released gradually over the coming months, with the details of each event being announced the week before it happens. Choi said that the current installment promises to feature more speakers from outside the United States and that she is planning moderated breakout sessions for audience members to discuss the talks after they finish.

Although audience sizes are limited, Choi hopes that Office Hours can expand as the program finds more financial support from grants and donors. Once the pandemic passes and public gatherings become safer, physical meetups may become part of the program, maybe even at a permanent home. Choi is cautiously optimistic not only about the future of Office Hours but also about the future of design fields overall.

“The generation before me seemed especially preoccupied with making design something very hermetic and inaccessible and a place for a very privileged few,” Choi said. “But if we can think about what skills we can offer the next generation and put those tools in their hands—it doesn’t mean it’s going to be easy for them, we’ve left a big mess for them to deal with—I hope we can transform the field and in turn transform how we build the world in more equitable ways.”

This article was originally published on The Architect's Newspaper as "The second season of Office Hours promises more opportunities for young BIPOC designers." 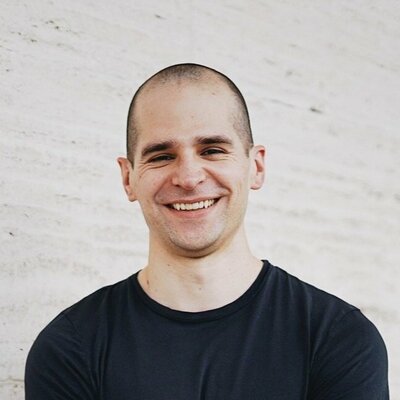