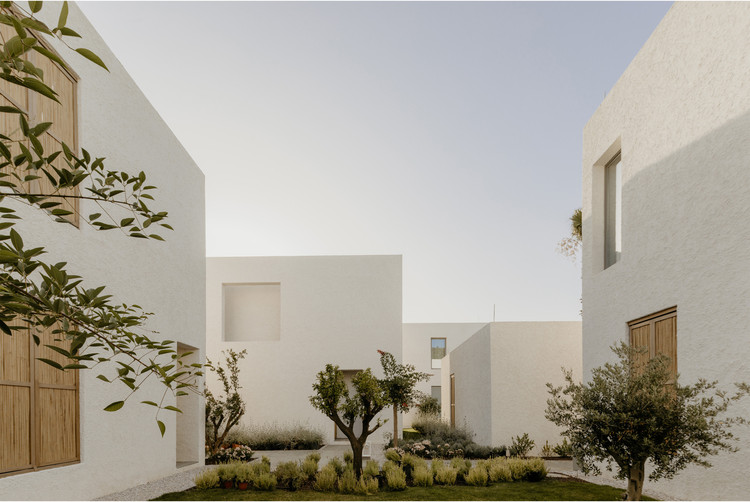 Text description provided by the architects. The project is in the town of Torba in Bodrum. It is a town where tourism, construction and relentless profit pressures have limited effects for now. It consists of two story, mostly detached vacation homes and, several boutique hotels. Voyage Torba is the town’s largest hotel. The project area in question is the combination of two large hotels. The new project has a reduced number of rooms, i.e., 345, spans an area of 74.000 m², and a construction area of 60.000 m2. The five different zones comprising the project area feature 5 different building typologies, which represent the individual needs and contexts of their zones.

We now report on the first zone, which was built between 2019 and 2020. The highlights and issues regarding this period are the complexity and the scale of the project which are disproportional to the town. Handling the project area in one large piece and processing it through a singular architectural character would have been a big intervention for the town, which could have grave consequences. Therefore, a fundamental problem was to reconcile, at the bare minimum, with the existing environment and structures.

For us, it was important to avoid the typical hotel scheme organized in separate compartments, according to mass consumption habits, indifferent to and in denial of its predecessors and surroundings, and to look for clues of reconciliation with the space/locality. These local clues include the open, semi-open and closed space setup, conditioned by the Aegean and the Mediterranean climate, the sparse distribution of buildings, narrow streets, street niches, buildings’ interdependency with the streets, the space between the street and the house, the stone paved courtyards, the randomness of all these elements and the thresholds derived from it, a series of gray areas...

The settlements are not based on sharp rules, they are sometimes random, sometimes intuitive. Just like in a neighborhood, there are traces of intertwined relationships between small structures, intimacy, familiar local habits/everyday situations...The safest way is to determine the main route of the project by discovering a new local, which takes its roots from the elements, history, and the understanding of the locality and which represents what belongs there not as they are but, in a way, to suit the understanding and the functioning of the contemporary world.

It is equally important to avoid being carried away by romantic vernacular/representation myths, being overshadowed by packages/repertoires driven by inflexible thinking and, damaging instinctive relationality. Some basic issues. Fragmenting, downscaling, creating building groups, exploring sub/micro zones, leaning towards small structures are the first steps towards reconciling with the town’s landscape. Just like creating a small part of the city, at the scale of a neighborhood. The only thing that can be done to ensure the integrity of the project is to connect these islets of structures, step by step, with two main arteries that cross the area vertically and transversely, and with capillaries that are perpendicular to the sea.

Randomizations/Niches: Although some main axis frames are defined while forming the building groups, all the structures apart from the first one to be built are positioned according to the previous one, creating a sense of unpredictability from the beginning. A series of randomizations and niches, not following a fixed composition or line, nor a rule other than the minimum space left between the buildings for passages. Moving along intuitively using a model so as not to be trapped by the comfort of mainstream teachings while the project is being developed seems to be the most reliable path to follow.

Series of thresholds. Tracing the intermediate areas/spaces of local architecture made possible by the climate and geography. Not as sharp as black and white, far from a crystallized setup, intertwined open, semi-open and closed areas… Sometimes inside out… Interaction between the mutually descriptive indoor and outdoor areas as well as interfaces… Thresholds as mediators…

About the sensory. ‘Pallasmaa believes that in a world where sight is the only sense that is fast enough to keep pace with the astounding increase of speed in technology, the role of architecture is to focus on all senses that resonate’. It is vital to use elements that move the senses, making many sensory experiences possible, rather than just to rely on sight to understand and find meaning in the world around us. Textured surfaces, lavender plants, citrus trees, aromas, sounds. Intertwined spaces that allow the breeze to penetrate deep within...

Lights and shadows. A search for an unmediated experience, using all senses, On the standard patterns of tourism. The recent resort hotels with gigantic structures in compartment layout, with their spatial setup meeting the needs of mass consumption, with their theatricality, strange themes, imitations, define all human actions with standard patterns. This conveyor belt of mass production/consumption leaves no room to stop and understand, to be with yourself, to see beyond behavioral patterns. Industry of leisure… Packaging is what matters…

Places where reality turns into ordinary images, images replace reality, and false world fantasies/needs are reproduced over and over again…It is no exaggeration to say that architecture is used in this project to limit and exclude all types of such theatricalities, fictitious setups, and package programs, and it enables the person to gradually participate in activities, to return to their own space/intimacy when necessary, to determine their free time and to stop if need be. All thanks to architecture’s role to regulate the space, increase possibilities and define frames. Partly knowing that the effort was futile… 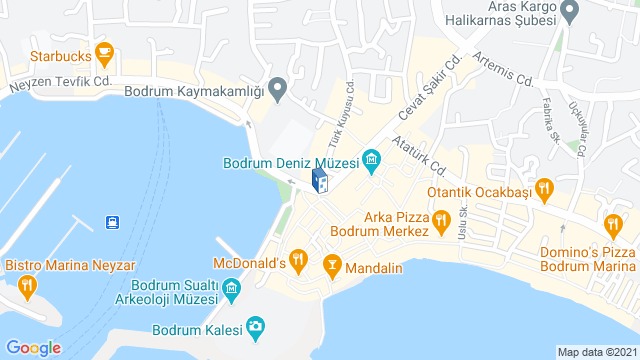 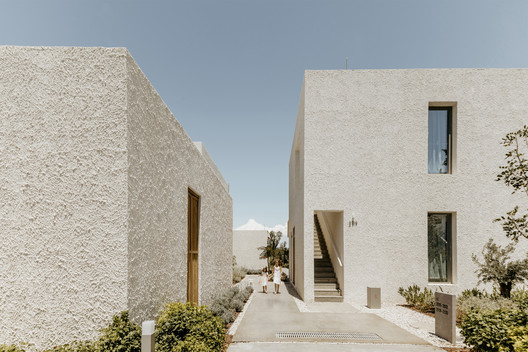