Save
Vertical Greenery: Impacts on the Urban Landscape
Share
Or
Copy

With the increase of urban density and the decrease in the availability of land, the verticalization phenomenon has intensified in cities all over the world. Similar to the vertical growth of buildings — which is often a divisive issue for architects and urban planners — many initiatives have sought in the vertical dimension a possibility to foster the use of vegetation in urban areas. Vertical gardens, farms and forests, rooftop vegetable gardens, and elevated structures for urban agriculture are some of the many possibilities of verticalization in plant cultivation, each with its unique characteristics and specific impacts on the city and its inhabitants.

But is verticalization the ideal solution to make cities greener? And what are the impacts of this action in urban areas? Furthermore, what benefits of urban plants are lost when adopting vertical solutions instead of promoting its cultivation directly on the ground? 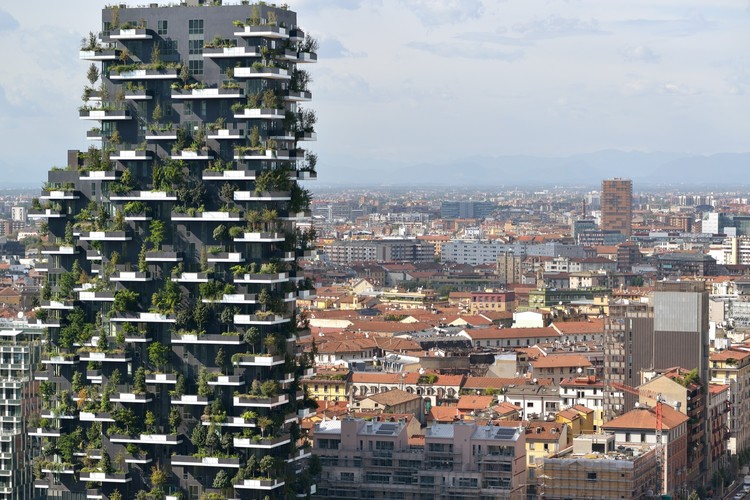 In cities with limited available plots of land such as Tokyo and New York, vertical farms and green roofs are multiplying to take advantage of underused spaces to produce food and contribute to food security. In New York, over 36 tons of organic vegetables are grown on top of buildings every year in a system that not only produces food but also helps prevent many pollutants from reaching the city rivers. Meanwhile, in the capital of Japan, the Sorado Farm project has built orchards that are open to the public on the roofs of train stations, and an office building has transformed its facade into a vertical farm.

Such projects are examples of how to cultivate different plant species — for human consumption or not — in other ways than growing directly on the ground. Although vertical greenery can assume different configurations depending on the structure, the species, and the context in which it is inserted, all these solutions have in common the optimization of open green spaces — even though occupying as little horizontal space as possible. In this sense, the impacts of plants on cities, which are already widely acknowledged, take on a new dimension through verticality. These alternative cultivation methods are used to reduce heat islands, increase biodiversity, promote food security, improve air quality, reduce CO2 emissions, among many other positive effects.

"Vertical forests" are another example of verticalization of green spaces in which plants are cultivated along the height of a building and have become more and more popular and successful, attaining international seals of sustainability and innovation. The Bosco Verticale (2014), a project by the Italian office Boeri Studio in Milan, is considered the first vertical forest project built in the world and has already been awarded by the Deutschen Architekturmuseums with the International Highrise Award (2014) and by the Council for Tall Buildings and Urban Habitat (CTBUH) as the best tall building in the world (2015).

In addition to the benefits of plants for the building's interior spaces and the city in general, Bosco Verticale also stands out for the variation of leaf colors throughout the year, resulting in a very unique visual effect.

But despite all the advantages of using vertical gardens, some of the main benefits that green spaces can bring to cities — such as soil drainage, reducing the risk of landslides, and providing shaded areas — are lost by raising them from the ground. However, this does not mean that vertical greenery should not be applied or encouraged, but rather that it alone is not enough to promote any further benefits at ground level and make cities "greener" in the broadest sense of the term.

Architect Lloyd Alter points out that this model of greenery can affect the health of the trees because of the weather conditions at great heights and the occasional lack of space for root growth. For these reasons, this practice must be carefully thought out, with proper structures to support the weight and provide room for growth. Alter suspects that this could lead to a situation in which the CO2 released in making the concrete for the planters can never be fully absorbed by the trees they support.

“It is criminal that a person gets to occupy 200 square feet of space to park a car, when you can grow $1400 worth of food in that much space. Who gave it all to the cars? Perhaps we wouldn’t need to think about vertical forests and farms if we properly used the horizontal space on the roofs and in the street.”

–Lloyd Alter in Putting Trees on Skyscrapers: An Interview with Lloyd Alter

Accounting for three-quarters of the world's global carbon emissions, urban centers should certainly play a leading role in reducing environmental impacts on the planet. Many architects and urban planners have been drawn to verticalization as an alternative to promote more green spaces in cities and bring positive impacts to their inhabitants, thus proposing innovative solutions for increasingly dense cities with very limited land. In this sense, verticality can be a good way to provide greenery in the built environment and optimize plant production, but it does not replace the advantages and benefits of ground-level urban green spaces. 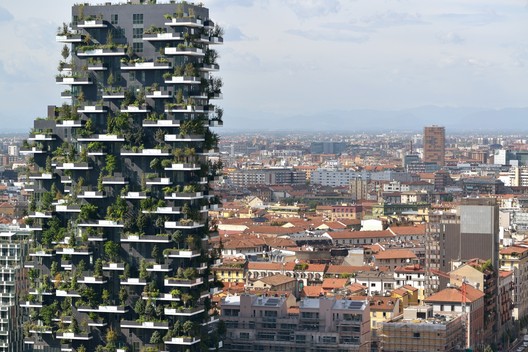