Text description provided by the architects. The DEL CARMEN FUNERAL HOME project in Torreagüera consisted of the reform of a premises included in an existing industrial building for the implementation of a program of uses that includes 3 rooms, a chapel, cafeteria and spaces for internal use by staff.

The industrial typology of the space to be reformed substantially conditioned the conception of the project from its initial phase, by requiring the use of techniques and resources of industrial construction to design spaces with important connotations of traditional domestic and religious architecture.

This attempt to merge industrial construction techniques with interior spaces of a domestic and religious nature is visible in two fundamental aspects:
- On the one hand, the natural lighting system of the rooms and the chapel is solved by means of industrial light collectors (SOLATUBE), which is represented in one of the most relevant elements of the project as it constitutes the main element of singularization of the altar of the chapel.
- On the other hand, the untying of the new uses with respect to the existing uses in the building (commerce) is sought by treating the façade which, while maintaining the white color of the whole, introduces a nuance through a vertical grating achieved by superimposing a cladding with a perforated ribbed architectural profile that allows unifying the entire façade of the premises.

The relationship of the interior spaces of the building with the public space is structured in two categories:
- A meeting and gathering space that is totally visually open to the public thoroughfare, conceived as its extension, constitutes the general hall of the chapel and rooms.
- The remaining spaces, that is, rooms and cafeteria, are endowed with a greater degree of seclusion and privacy by concealing them from the public thoroughfare by interposing the perforated façade finish as a latticework. 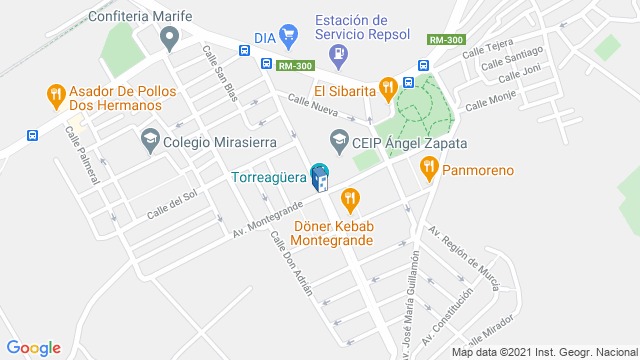