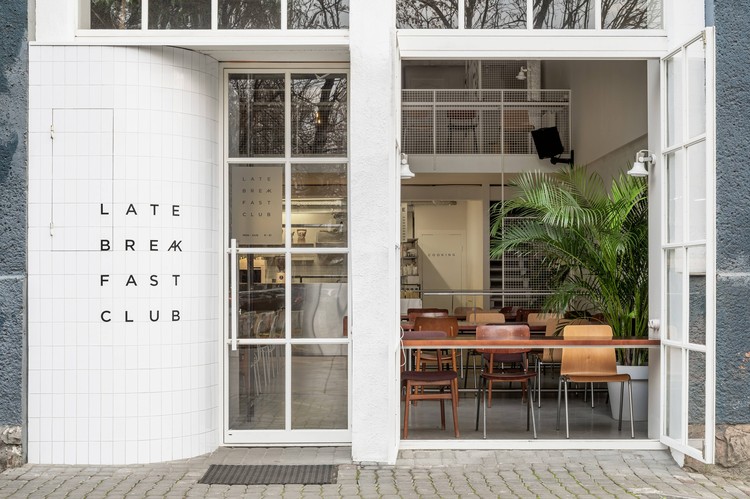 Text description provided by the architects. Each owner of the café aims to deliver the most delicious food and beverages to its guests. The designer's job, meanwhile, is to construct an atmospheric space by giving it a sense of modernity. The restaurateurs and architects have accomplished their mutual goal: to build a place where potential clients become daily customers. The neo-bistro and bar Late Breakfast Club is situated in Lviv, in the former Kinescope plant.

The new owners wanted to organize a venue that would constantly draw visitors to hold various events, meetings, and parties. And, of course, where people will enjoy delicious food. The goal of the project was to ensure full transparency of the whole room and kitchen. The architects of the local bureau Lis Design Studio collaborated on this idea.

The workflow was constrained by the short term and the budget that influenced the overall design strategy. The construction of the room and the production of furniture were done according to the drawings of designers. The entire process has been finished in two months. "In this project, we wanted to demonstrate our attention to detail and show the design skills by playing with the types of materials and shapes of furniture. The challenge was to merge our interests with the ease and versatility of space," said Lis Design Studio.

The work has begun with the restoration of the facade, which had been abandoned by the former owners. During the dismantling phase, the maximum height of the interior (5 meters) has been highlighted, enabling visitors to enjoy the transparency and lightness of the space. The facade complex is glass- and metal- custom-made. One of its sections opens entirely so that the interior seamlessly contacts with the city; this fully-operable element extends the interior’s area. The rounded exterior element is handmade-clad in ceramic tiles. The element is the accent that emphasizes the main entrance of neo-bistro and completes the arrangement of the exterior. The room inside the building is split in two. On the first floor, the feel of a city café predominates, while on the second — lounge atmosphere does. The place contains multiple bespoke interior elements.

All the tables for this project have been made to order. Dining stainless steel-made tables have aluminum-sheet tabletops; their lateral surfaces adorned with wooden inlays. To create a more intimate feel, the lighting on the tables is given. Tabletops next to the window are made of plywood coated with lacquer for maximum stability. A three-meter bright blue tiled community table with a built-in stainless steel lamp is on the second floor.

Much of the lighting in this project is bespoke, too: produced by local glassblowers and metal turners. The interior features rare elements: several lamps and chairs were found near Krakow (Poland), in the collection of a local architect. Some other interior items have been brought from cities of Ukraine. All professionally picked components, and many plants, in particular, make the Late Breakfast club even more appealing. The evidence for this is its visitors who come to experience the unique vibe again and again. 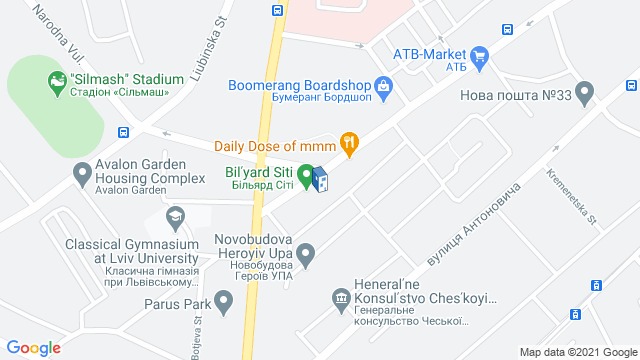 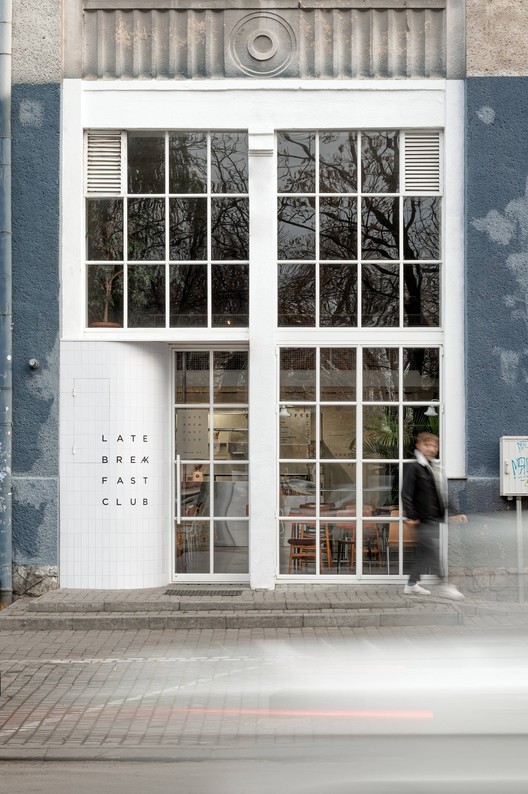