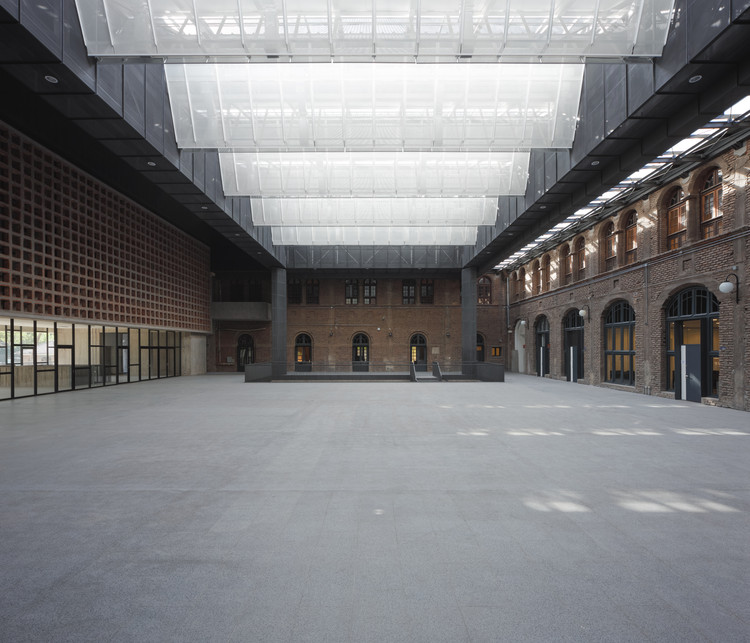 Text description provided by the architects. The project for the Facade and Covered Courtyard Building of the Eastern Extension Center is part of a larger plan, commissioned in 2013, which proposed to give new life and incorporate new functions to the built complex of the Eastern Campus of the Pontifical Catholic University of Chile. The original project belongs to Juan Lyon and Luis Azócar and was built around 1930. Various partial orders were articulated around the original plan. Now was the turn for the Academic Building of the Faculty of Arts and the remodelling of two groups of rooms of the old building. The fundamental question that accompanied these interventions was how to work with a building close to one hundred years old, whose materiality, brick and concrete, and whose venerable spaces enjoyed considerable appreciation on the part of its users.

For practical reasons and in principle, any stylistic imitation was discarded, which not only would have been difficult to carry out properly but would also be highly dubious as a strategy to intervene with a historic building. Instead, a material and dimensional sympathy was chosen towards the old building, which combines thick walls of simple masonry, with concrete slabs, columns and arches. That became a first rule: the building would basically consist of concrete and brick. The latter would be used in its artisanal version, as in the old walls. To this material sympathy, we add the use of the same family of measurements from the old building, which are derived from a very rigorous modular grid of 4.20 meters.

That mensural resonance established secret bonds of coexistence between the old and the new. The client's order entailed closing the south-east courtyard of the campus with a new building. In that place, the Lyon and Azócar project proposed a wing that was never built. The Façade Building was conceived as a contemporary version of this wing, respecting the dominant bays and integrating it into the campus circulation system.

The project was developed in two phases. The first one, the Facade Building itself, was the initial commission. When this was configured, the courtyard was requested to be covered. This had been closed, for decades, by a metal fence, allowing visual continuity from the interior to the street. We consider that this visual continuity, which was not part of the original project but had been gained over time, should be respected and preserved. For this reason, the new body was conceived as a building-bridge that allowed total transparency on the first level, saving almost 30 meters of light. A large brick lattice, which dissolves the void-body relationships of the old building, is the dominant element of the façade, which appears as a kind of suspended brick textile.

The courtyard cover was conceived as an autonomous piece, as a kind of four-legged plateau. The access of light and sun was carefully measured to achieve a suitable climate. A semi-translucent folded ceiling enriches and varies the access of light.

Although located in a smaller fraction of the campus, the project aspires to a radical transformation of its architectural texture. It generates new continuities avoiding the excessive division of the courtyards, characteristic of its original condition as a school. The coexistence of the new and the old, as well as that of what is open to the public and what is properly reserved for the university, is not only a harmonious contiguity or a peaceful coexistence. The pieces that are incorporated into the whole recognize the elements of the past and are seen in them. This gives rise to a kind of new organism in which what comes from the past acquires a new presence and vitality. 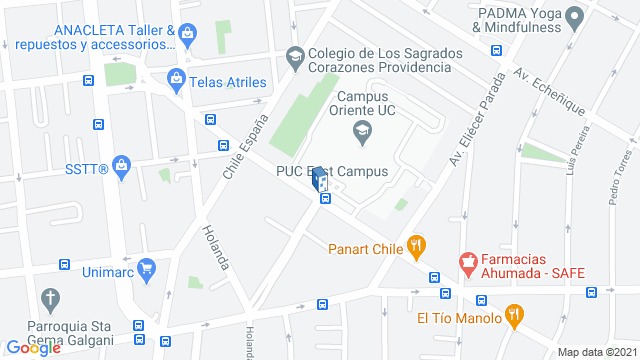 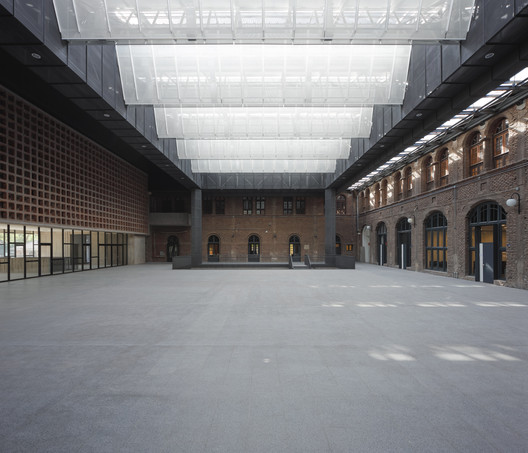