The New York City Department of Housing Preservation and Development (HPD) has released a Request for Proposals (RFP) seeking plans to build 100 percent affordable housing in Stapleton on the North Shore of Staten Island. The City-owned site provides over 100,000 square feet of land for affordable housing, community amenities and other improvements as part of the island's mixed-use development. 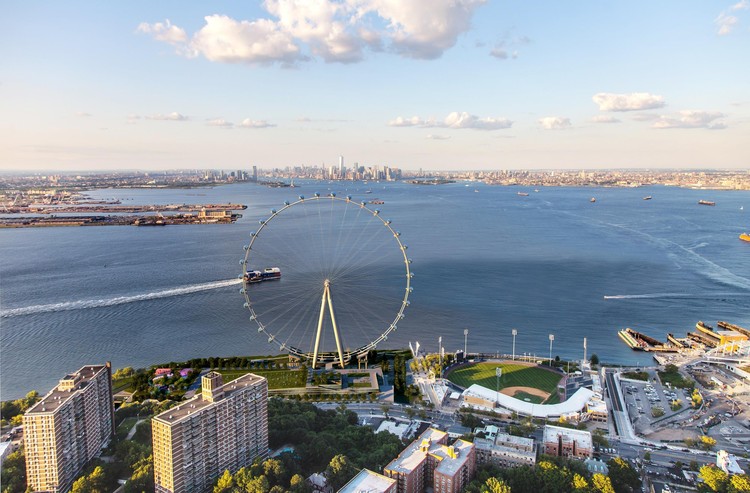 As the HPD outlines, Stapleton Site A is a vacant lot south of Hannah Street in the Stapleton Section of the North Shore. The project is part of the New Stapleton Waterfront District, a 35-acre decommissioned Navy Base. The New York City Economic Development Corporation (EDC) is overseeing the City’s redevelopment of the New Stapleton Waterfront into a mixed-use neighborhood with housing, waterfront open space and retail and community facility uses. It will also include significant infrastructure improvements such as road reconstruction, bicycle and walking paths, and better connections to public transit.

The RFP strives to address inequities along the North Shore by ensuring that the vision and goals for each project are responsive to the expressed community needs and intensified socioeconomic challenges that many face in the neighborhood. “Creating new affordable housing in neighborhoods like Stapleton that have been hit hard by COVID-19 will be an important part of the City’s recovery. As a part of the Bay Street Corridor Neighborhood Plan, we worked hand in hand with residents and EDC to envision new, high quality affordable housing alongside improvements to green space and important neighborhood amenities,” said HPD Commissioner Louise Carroll. “Now, we’re looking for thoughtful partners who will keep these community needs at the forefront of any plans to transform this vacant lot into 100% affordable housing.”

The City invites developers to submit proposals for the design, financing, construction, and operation of new affordable housing and community amenities on City-owned land. HPD is committed to increasing opportunities for, and strengthening the capacity of, Minority- and Women-Owned Business Enterprises (M/WBE) and non-profit developers. In keeping with the City’s new equitable ownership requirement, development teams must include an M/WBE or non-profit that will hold at least 25% of the managing ownership interest in the project, entitling it to at least 25 percent of the total economic benefits of the project, net of any tax credit limited partner interests.