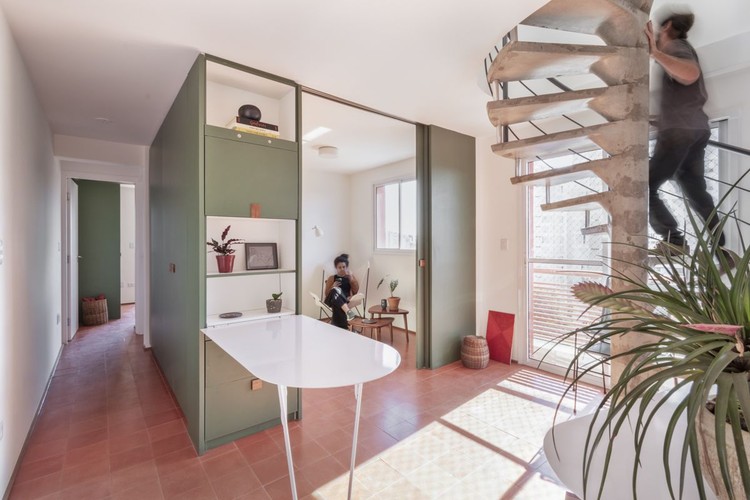 Text description provided by the architects. When we faced the challenge of refurbishing two duplex apartments, the same but mirrored, for rental in a residential building still under construction, we sought at the same time to standardize some points of the project in order to facilitate the refurbishment phase that would happen concomitantly with the end of the building of the tower itself, but we also sought to give some kind of identity to each unit. Our proposal was to develop a unique project for both apartments, but applying the colors defined for the project in an inverted way in the floor and volumes of carpentry, alternating these between green and coral. For the kitchen and bathrooms, we used white countertops, more neutral, either in iron plate or in white granite, creating a dialogue with some already existing materials and delivered with the apartments.

Located on the eighth floor, the Gemini Apartments enjoy a privileged view of the neighborhoods of Sumaré and Perdizes, in its surroundings. The project was thought considering the views from inside the environments to the green and sea of city buildings in the distance. Seeking to integrate interior and exterior, the colors chosen for the environments enhance this visual connection, and at the same time differentiate one apartment from another, generating different sensations depending on the combination and giving them more authenticity. Counting with two bedrooms, a bathroom, a very small living room and an even smaller kitchen, the apartments suggested the need to enlarge some of these spaces with the elimination of some masonry. In the living room, as a way to make better use of the reduced space, we created a folding and articulated table that can be collected when not being used, releasing more space in the environment that still has the spiral concrete staircase to access the mezzanine. The original walls of the room were removed, integrating the second room to it, through sliding panels that also allow the separation of the two spaces when necessary. Other masonry were removed, creating a greater visual relationship between kitchen and living room. Through a single volume of separating cupboards that have access both from the bedroom and from the corridor, serving as a wardrobe, a better articulation between living room, bedroom and corridor was created.

From the spiral staircase it is possible to access the mezzanine on the upper floor. A living room with a restroom, of flexible use and completely separated from the rest of the apartment, opens to a large balcony overlooking the Nossa Senhora do Rosário de Fátima church in one apartment and the Television Tower next to the old Tupi and MTV TVs in the other. With the installation of a floor in concrete plates, some benches in reinforced concrete and a shower for showering on hot days, the space gains new uses and opens the landscape. 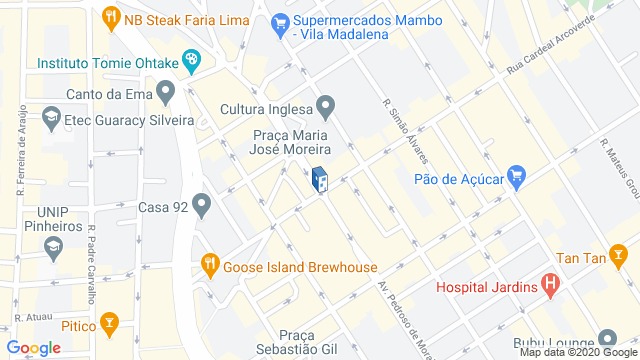 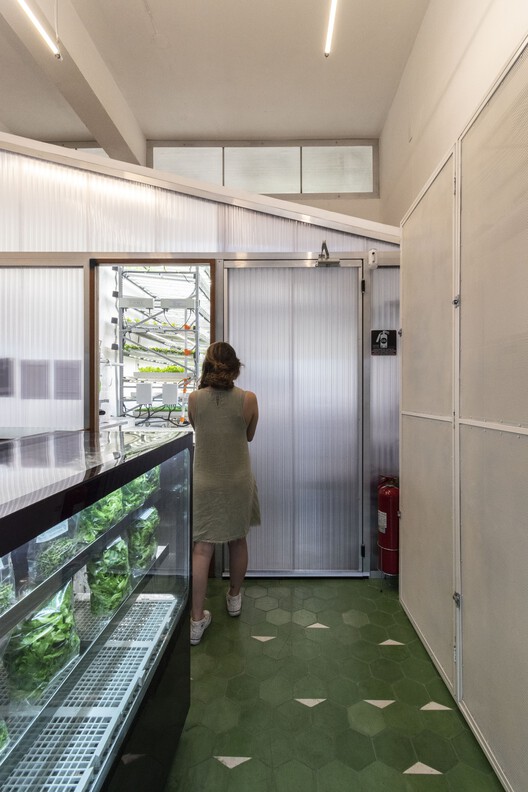