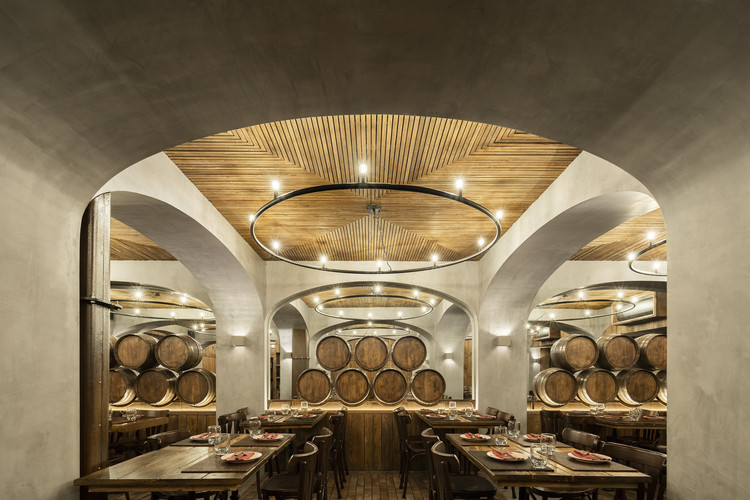 Text description provided by the architects. Owner of a house with more than nine years of existence and armed with an entrepreneurial spirit that is natural to him, the client approached us with the problems well outlined. He intended to grow the house in order to reduce the waiting time of the clients, a space with a strong character that would fit with the remaining corporate image of the company and solve the problem of noise that arose whenever the house was full.

Thus, with the problems well defined, we began by analyzing the corporate identity of the company, and quickly concluded that it should be designed so as to be able to transport the client to the gloomy environment of a wine cellar.

Taking into account the pre-existence of the site and taking advantage of a series of structural constraints, such as pillars and sanitation pipes, we created a logic of arched porticos that reinforce the idea of a winery. We covered one of the walls with a mirror, taking advantage of the repetition of the arches, thus creating the illusion of a space of great amplitude.

In order to reinforce the sensation of a winery, we opted for the use of textured materials and dark colors. These characteristics allow a greater spatial expression, by the expressive play between light and shadow, but above all help to solve one of the most common problems in successful restaurants, the excessive noise caused by the sound of reverberation.

To solve this problem, knowing that sound works like a ping-pong ball, we designed a roof made of pine wood slats, with a color velvet finish, 20mm apart from each other, and on the top of these slatted panels we applied acoustic absorption material. With this little trick, we transformed the whole ceiling into a sound absorbing panel, managing to reduce the reverberation noise by over 80 %.

Regarding lighting, we have opted for the application of a series of shallow light projectors to the arches, taking advantage of their formal expression and reinforcing their presence in space.

As a complement to indirect lighting, we have designed a series of lamps with a strong visual character, which controlled by means of a rheostat, allow the adjustment of the amount of light required in the space, multiplying the possibilities of its use. 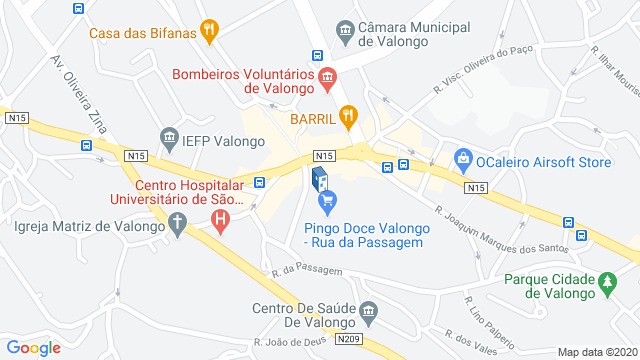