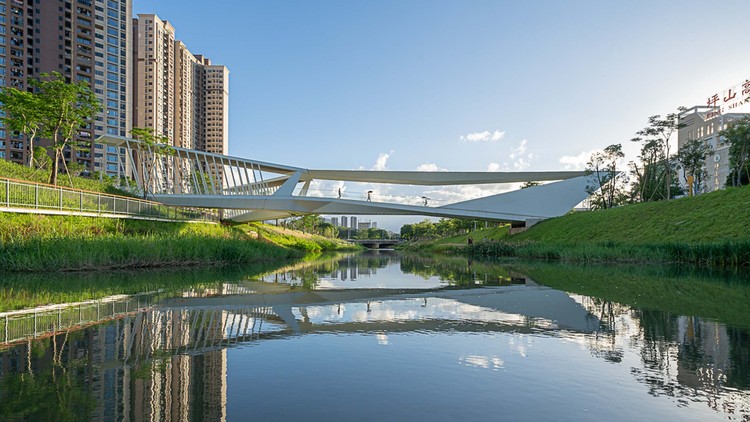 The Cause of Design
The Project spans over the main stream of Pingshan River in the northeast of Shenzhen, with Pingshan High School and Feng Tian Shi Ju (a traditional Hakka enclosed house) on the north bank and some residential, commercial and office buildings on the south bank. No bridge between the two banks was available within a 1-km walking distance of the Project. This lack of connection nearby caused not only inconvenience to student pick-up but also constant congestion, a nuisance to urban life, on the distant Jinlong Avenue to the west and Pinglian Road to the east of the Project. After a public survey on road improvement and traffic environment of Pingshan, the district government decided to build a river-crossing pedestrian bridge between the two expressways to enable convenient pedestrian circulation of teachers, students and residents between the north and south banks of the river, alleviate peak-time traffic pressure in the area, and provide a place for surrounding residents to enjoy the river view and a leisure life.

About Bridge
Bridge, as a special building typology, has long been a special existence. If traffic connection is seen as its basic attribute, spatiality, landmark and cultural symbol may form other important attributes in terms of aesthetics for the existence of bridge, either as a physical entity or a space. Therefore, how to create a new visual and traffic experience at the specific site of Pingshan River became the starting point of and challenge for our design of this pedestrian bridge.

The Design: Form、Space and Structure
When firstly approached by the client, no specific requirements were given on the location of the bridge, except that the bridge access should not directly face the main entrance of the school and the intersection of Zhenhuan Road nor stay too far away from them. Based on the relations between the main entrance of the school and Zhenhuan Road, we proposed four conceptual design options with different site locations. These proposals were expected to candidly showcase the consistency of architectural form and structure; meanwhile, they also attempted to interpret the traditional Hakka culture in a contemporary context, which served as the beginning point of the design.

The design proposal for implementation was finalized through online public voting. Specifically, the central axis of the bridge, aligned with Zhenhuan Road, deviates from the main entrance of the school. To avoid the impact of after-school crowds on the road intersection, the bridge is split in two on the south bank to connect with the sidewalk, forming a Y-shape planar layout. This way, the architectural space and structural form of the bridge are unified in the design.

The bridge spans 70 m over the Pingshan River. Its elevation design gives priority to the relation between the bridge deck and the surrounding environment. The starting point of the bridge on the north bank should be at least 5 m away from the cycling lane in front of the school gate to minimize the impact on traffic circulation at the school entrance. The main structure of the bridge deck should be higher than the once-in-a-century flood level and avoid the existing sewage interceptor well. While ensuring barrier-free access, the bridge deck should also be smoothly connected with the landscaped footpaths on the north and south banks that both show a height difference of about 1 m. The clear height below the bridge ensures comfortable pedestrian experience of the Grade II waterfront footpaths. To shelter pedestrians from the hot and rainy weather - typical of South China, the bridge is covered with a linear roof, which, in contrast with the varied height of the deck, contributes to a concise, calm yet solid presence of the bridge.

A proper aesthetic shape is crucial to the bridge on the premise of meeting the above requirements and basic structural technology conditions. Therefore, we slightly bent over the lower part of the bridge to eliminate differences between terrain elevation and structural section. For the bridge top, we made it a horizontal line to balance the weight loss caused by the turn of and difference between the lower part and the deck of the bridge. This concise and straightforward form conveys a tension out of tranquility. To balance the form and aesthetics, architect intended to showcase the unity of form and structure via the most direct force transmission path and the least structural components.

At first, the architect conceived a structural system similar to that of Rihui Harbor Pedestrian Bridge in Shanghai. Specifically, the bridge deck appears as a cabled three-way string structure, while the bridge top is composed of suspended steel plates, the end horizontal force of which are resisted by inclined columns and cables. In the first round of structural coordination, it was planned to add some columns or wind resistant cables to stabilize the bridge top, given the limited resistance of long-span suspended steel plate roof to typhoons that prevail in summer in Shenzhen. After adding connection components between the top and bottom of the bridge, the entire bridge inevitably appeared similar to a truss structure, which conflicted with the inherent stress logic of the three-way beam string structure. Also the structural engineer wanted to avoid repeating the structural system of Rihui Harbor Pedestrian Bridge. That was how the three-way cable-stayed structure was provided instead.

In the opinion of the architect, the middle-section components of the cable-stayed structure were too cumbersome and the visual appearance was monotonous and repetitive. The architect expected the space and form of the bridge could follow the primary and secondary logic of the structure, and the bridge-top be as horizontal and lightsome as possible, with open views on both sides of the mid-span area. In this regard, the architect and the structural engineer agreed on some key points of structural design, i.e. avoid both truss and three-way beam string systems, and explore the possibility to unified orchestration of the architecture and structure for the bridge top and deck. Eventually the discussions around those key points drew a conclusion that the cable-stayed pattern of the long side be retained, based on which the structural engineer developed a special structural system to combine the cable-stayed structure with three-way box girder.

With a consensus reached on the structural system, the architect redesigned the structure of the bridge by means of spatial composition. Steel plates are used to close up the four triangular areas between the diagonal rods of the main bridge deck at the three-way intersection, forming some solid surfaces. Such solidness-void relation is then extended to the densely placed slender columns at the bifurcated bridge deck. These columns are adjustable in quantity, interval and angle according to structural calculation. After comparing several options on mock-ups, we eventually selected the scheme featuring a column interval of 1 meter and an angle of 75° between the column and the bridge top. With such a design approach, the bridge facade achieves a well-proportioned balance between the solidness and void; meanwhile, the relation between architecture and structure becomes is blurred in a way that the former’s sense of space and place is shared by the latter.

What is worth mentioning is that, in this system, the bridge deck is a combination of bending force (beam) and axial force (cable-stayed) systems, while the bridge top is a combination of longitudinal (box girder) and transverse (frame) force transmissions. Although the system does not feature a single and straightforward way of force flow transmission and visual perception, it has a clear and articulated internal force transmission logic. Such deconstruction experience of staggered solidness and void is a structural response to space and form, and a result of artificially diversifying the force transmission path. The complexity and diversity reflect the adaptation of mechanics and aesthetics to multiple demands during the design process, instead of a blind pursuit of complexity.

Detail Design
With a well-coordinated relation achieved between space and structure, the steel plates are used to close up the side edges of the variable cross-section box girders on the bridge top and deck, visually reducing the volume of the structure and bringing a lighter appearance to an otherwise heavy structure. The steel plates with different folded surfaces present varied light and shadow effect under the sunlight, enhancing the sense of space on the bridge.

For lighting design, lamps and conduits are concealed in the structure volume, offering both festival mode and daily mode and combining point light source with linear ones to vividly illuminate the bridge’s structural components. The reflection of the bridge on the water surface makes for another beautiful view.

Conclusion
With all these efforts, the bridge facade and form appear clean and concise with elegantly staggered solidness and void. The final design proposal features well-controlled tension and articulated hierarchy in visual experience. The boundary between architecture and structure is blurred, and the "representational logic"-based structure is bestowed with the meaning of space and place. 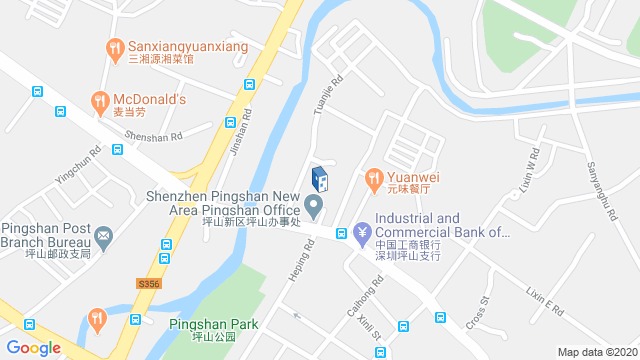 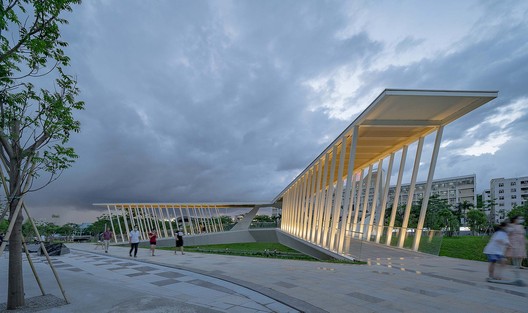 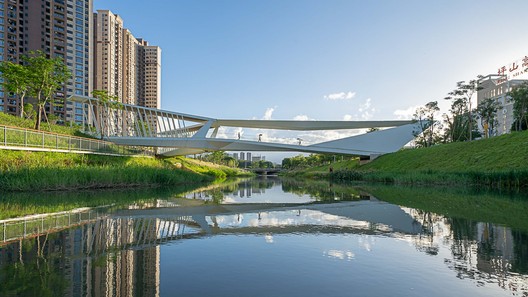