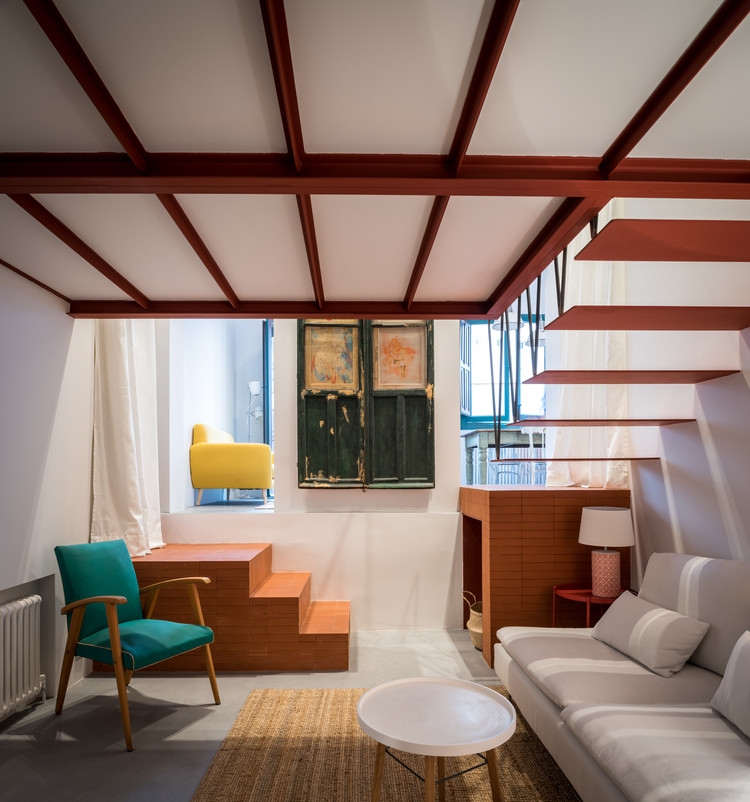 Text description provided by the architects. When facing the project, the location and whereabouts were one of the main points of interest. Among the Oeste Park and Campo del Moro in Madrid, six blocks advance in a slope towards the Plaza de España. In between these blocks, a street on a ramp leads to the interior of one of them.

Inside, a side street of brickwork facade displays several doors that lead into passing apartments. In such a particular neighbourhood, these doorsteps also act as hallways .

The owners were looking to transform the apartment into more versatile and indefinite spaces. In its original state the dramatically high ceilings suggested the idea of a vertical path inside the dwelling, in such a way as to continue with the ups and downs exhibited by the neighbourhood. Also, the carefully displayed bricks of both facades encouraged the possibility of a design strategy based on artisan expressions.

The original intention was to project these impressions into the interior.

Once the existing conditions were reinforced and isolated, a metalic structure was installed in one of the main spaces in order to host a second floor. Also, both hygienes were separated in defined niches: the shower was located in the way that led to the kitchen and covered with yellow tiling whereas the toilet was covered with green tiling and located in the pathway towards the stairs that lead to the upper floor. 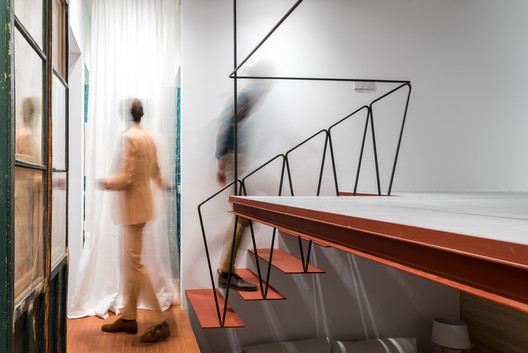 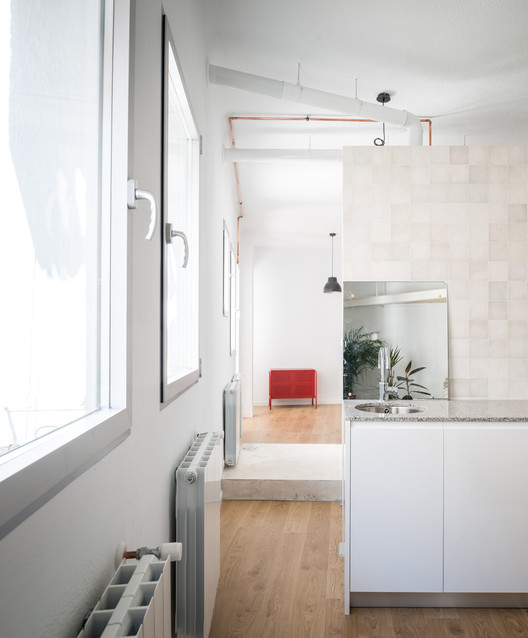 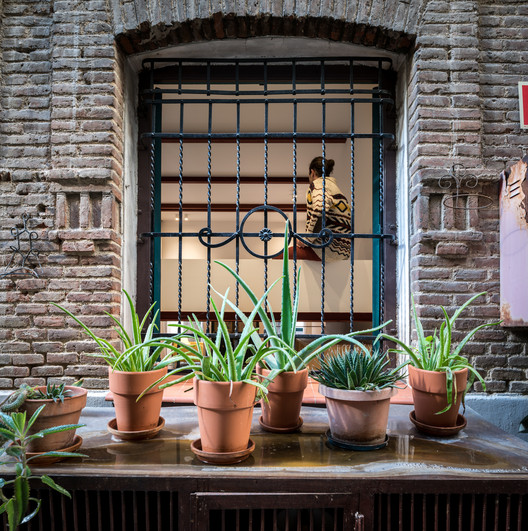