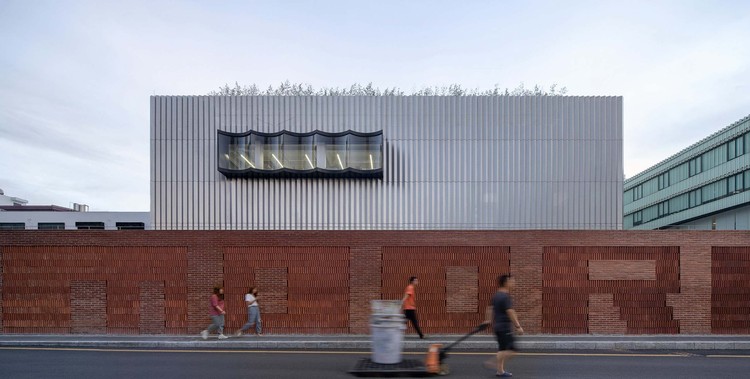 The project locates in Dongcai Industrial Zone, Gushu Community, Xixiang Street, Baoan, Shenzhen, adjacent to the Baoan Avenue on the east. Factory buildings and urban villages built since 1980-90s lie on the north of the site, foothills of Bihaiwan Golf Course lie on the southwest. The site has a higher level in the west then in the east, leaving a two-meter high scarp. The new SMOORE headquarters consists of three former independent industrial parks which were close to each other, sprawling over 10,917 square meters. The total area of nine buildings is ​​28,019 square meters, including three industrial plants built in the 1990s, four dormitories, a group of equipment rooms and a row of stores facing the street.

The design needs to find out a new relationship between the buildings and take down the walls dividing the three parks. Buildings along the city road play the leading role of the new SMOORE Headquarters Industrial Park and even the entire Dongcai Industrial Zone in the urban interface. Only by solving the problem of intersecting flows of pedestrian and vehicle traffic, disorderly parking, and combining with landscape resources and public space, can we realize an interconnected, shared and efficient new park.

From the urban perspective, the main building along the road named building 5 was rebuilt into a laboratory building, whose first to third floors are for clean rooms and laboratories, and the fourth floor are used as offices. The building has such a great volume to display the new image of SMOORE corporation. Silver folding perforated aluminum sheet covered the building’s facade to show its modern industrial architecture feature, redefining the boundary of the old industrial zone. Protruding bent glass on the east facade produced multiple interactions with the urban view in spaces and sights.

The entrance hall on the first floor integrated with the meeting rooms, reception and tree boxes, which formed a glass volume and inserted into the building. Blue steel panels separated the laboratories on the third floor from the processing operation area, emphasizing the indoor industrial atmosphere. An atrium was set up in the public activity space on the fourth floor to provide daylight, and the spiral staircase in the atrium could lead people directly to the roof garden.

Building 6 lies on the north boundary of the park, separated from other factories in the Dongcai Industrial Zone. The east facade forms a gable wall, which becomes an important urban interface together with building 5. Artists were invited to draw murals of plant elements to the wall, allowing the building to be presented in the urban landscape as an artistic perspective, melting into the background foothills. The glass hanging on the south facade echoes the facade of Building 5, and forms a disappearing facade as well.

The L shape stores on the first floor along the road were rebuilt into parking space and entrance sentry box. Traditional red bricks which formed the company’s logo were used as the main material, supplemented by a small amount of steel plate, glass etc. to build a boundary wall varies in spatial transition, void and entity.

On the left side of the main entrance lies the production workshop of Building 3. The north façade along the main landscape axis was printed with the SMOORE’s core philosophy in Pop Art expression, emphasizing the atmosphere and echoing the ground landscape.

Building 1 was reused as the main office building of the park. Instead of the original single size window, four kinds of modular French window were applied in the design to provide more sunlight. White large-particle elastomeric coating covered the building’s mosaic facade, displaying rich details on the light and shade, and created a facade of concave and convex, strewn at random along with the windows. The main entrance hall, canopy, auditorium and elevators were integrated into a continuous structure on the first floor of south facade. The mezzanine space overhung the foothills on the north. An external staircase was added between the third and fourth floor due to the needs of internal circulation, breaking through the homogeneous matrix windows.

The fifth and sixth floors were installed with two different-scale atriums. The small one was planted with green plants extended to the roof garden, and the large one formed a "public living room" on the sixth floor, connecting the fifth floor and the roof space through a spiral staircase. The two atriums were inserted into the building as glass installations, producing public spaces as well as bringing ventilation and lighting to the interior, and formed the fifth facade with a solid shape.

The equipment room under the scarp was rebuilt into a café. The first floor satisfies the service and leisure function. The wall with red bricks echoes the masonry wall at the boundary. A staircase leading to the roof and parking area was set up in the public space, separating the dining area from the production area. The reinforced roof was paved with bamboo steel platforms, planting boxes and leisure seats, providing a place for recreation and communication. The cross link on the roof connects the second floor of the laboratory building, building 1 and parking area, providing an efficient connection channel between office and experimental area.

The new industrial park has limited space. It needs not only to cater for the basic pedestrian and vehicle traffic, but also establish a new way of office work, production and life in order and efficiently. The ground guiding marks of airport has brought us inspiration. We applied ground guiding lines integrated with SMOORE's development histories and meaningful events in landscape design, connecting the main passages, nodes, and activity spaces of each building. Artistic ground patterns were drawn at the basketball field, arched seats served as auditorium and communication space were installed at the foothills, eliminating the negative space on the edge of the site.

After 40 years of rapid urbanization, Shenzhen has entered the stock age from the incremental era. Numerous small and medium-sized production factories lied on the edge of the city have been left vacant due to the relocation of enterprises, which may prove to be an important part of urban renewal in the future. The Renovation of SMOORE Headquarters Industrial Park has become an example for the upgrade and reuse of urban edge composite space, producing a new model for the reconstruction of production and laboratory facilities. We hope that it can promote the development and provide a new typological thinking for the diversification strategies of urban renewal. 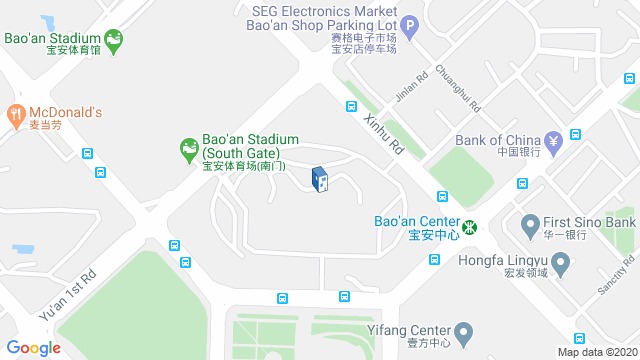 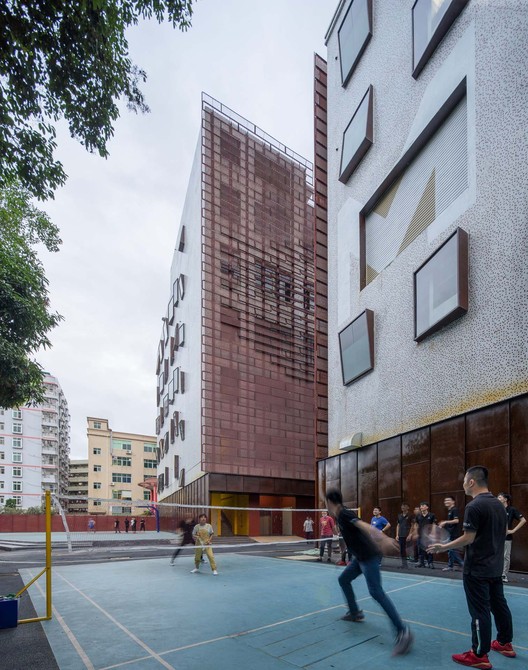 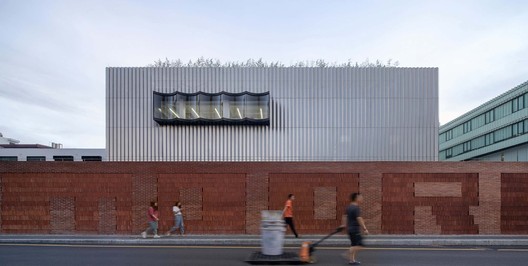