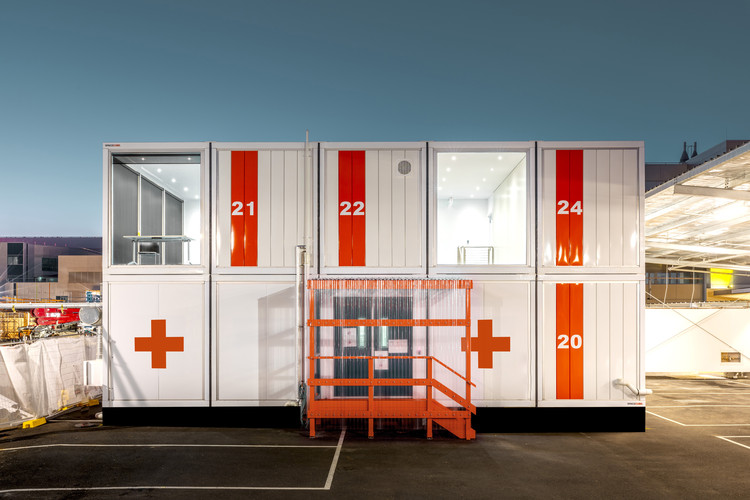 Text description provided by the architects. In response to the recent COVID-19 outbreak, SPACECUBE worked closely with Monash Health and Aurecon to build a high-end semi-permanent Medical RESUS Facility in Melbourne, Australia. Using SPACECUBE’s highly versatile, pre-engineered modular building system, this facility was quickly designed and deployed to help with the overflow of patients, while Monash Medical Centre's new Emergency Department is under construction. Within one week of being briefed, the SPACECUBE team had finalised the design, received approvals and begun installation of the double-storey RESUS facility. The structure was built by SPACECUBE in just 15 hours and then handed over to Erilyan Construction to complete the internal fit out and commissioning of the medical equipment.

SPACECUBE’s unique modular system can easily be reconfigured and redeployed in numerous ways which means Monash Health now have a future-proof solution at their disposal for any similar outbreaks or medical emergencies. The medical RESUS facility was built using 25 separate modules. It spans 360sqm over two-levels, houses six negative pressure resuscitation beds; a nurse's station; medication room; and utilities. SPACECUBE contributed towards the value of the project by donating amenities and a staff break room to support frontline medical workers during the pandemic. All 25 individual cubes were preassembled offsite in a controlled environment and then individually fitted out with various wall and glazing options prior to delivery.

This prefabrication process significantly reduced the onsite construction time. It also reduced disruption to their existing emergency ambulance bay, where the facility was being built. The immaculate medical grade interior was fitted out by Erilyan Commercial Construction and built around the clock to achieve Government requirements. SPACECUBE specialize in the design and development of highly engineered modular building systems for temporary, semi or permanent projects and commercial developments. SPACECUBE systems are proudly designed, engineered and manufactured in Australia, and dispatched globally. 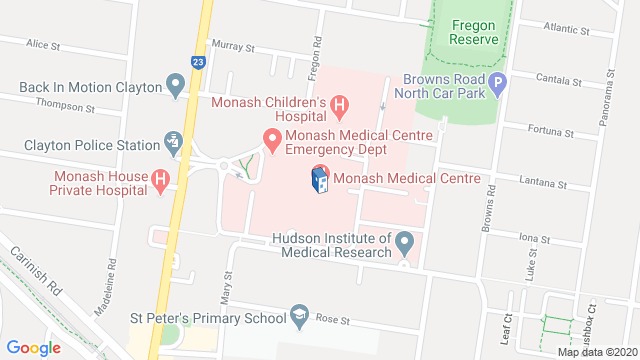 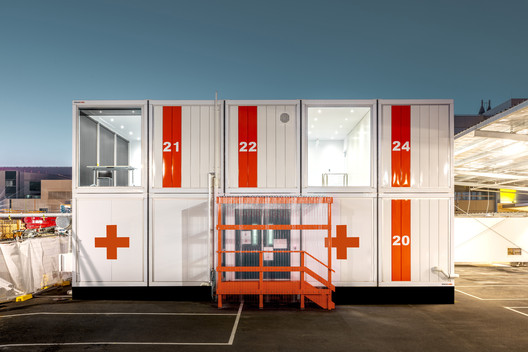