Save
Refugee Camps: From Temporary Settlements to Permanent Dwellings
Share
Or
Copy

Ranging from seven to seventeen years, most of these settlements surpass their expiry dates. Actually, on average, according to the United Nations High Commissioner for Refugees (UNHCR) Kenya, "many displaced persons spend more than 16 years living as refugees in temporary shelter." 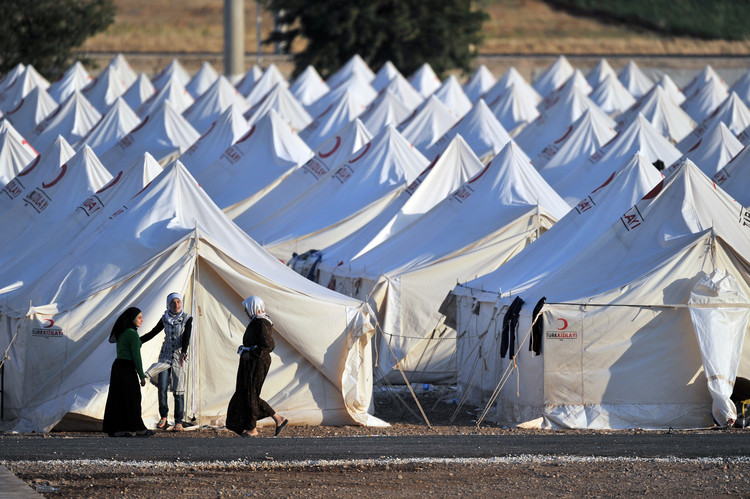 In an ArchDaily article, dating back 7 years, on World Refugee Day, Ana Asensio states that “a refugee camp is also a city. A temporary city, in theory. An ephemeral city whose inhabitants have been placed there like pieces in a puzzle. A stand-by city that architecture has not embraced”.

Rapidly established under strict UN-Habitat norms, these settlements have the sole purpose of accommodating, briefly, displaced people due to conflicts. Adequate and functional for a temporary period of time, these grid layouts welcome people who have left all of their lives behind. Actually, for a significant number of refugees, the only home they have ever known is the camp. Basing the whole approach on the assumption that the situation is temporary, and focusing primarily on providing basic humanitarian requirements, camps have failed to address a sustainable form of aid, tailored to the needs of refugees and host communities.

Unlivable, to a certain extent, these spaces shift from temporary to semi-permanent. Facing a lot of challenges like a lack of sufficient water supply, harsh climate, poverty, amongst others, they quickly become alienated slums. Dense, in order to reduce the sprawl and the appropriated space, these camps fail miserably security-wise as they grow older and bigger. A breeding ground for diseases and violent crimes, they become closed, impenetrable, and dangerous territories.

With a huge infrastructural strain on the host countries, camps are not only a handicap for their inhabitants. Due to their political nature, these settlements face strict rules, not allowing their occupants to create a life for themselves. In order to reduce potential friction with host communities, most governments have forbidden refugees from settling outside. Creating more problems than solving issues, camps are not sustainable structures, damaging the environment and denying refugees their basic rights and freedom.

Read on to discover examples of the biggest and oldest refugee camps that became more like cities. Dynamic, flexible, constantly evolving, and shaped to fulfill the basic needs of their inhabitants, these settlements are setting new standards.

Initially established as a temporary settlement for refugees fleeing the 1991 civil war in Somalia, Dadaab rapidly became a sprawling complex of five camps (Dagahaley, Hagadera, Ifo, and more recent additions Ifo II and Kambioos). Considered the third-largest city in Kenya, after Nairobi and Mombasa, growing especially due to Kenya’s encampment policy that prevents refugees from settling outside, the camp has a population of 217, 511 registered refugees and asylum seekers as of the end of March 2020. Having spent more than 20 years on these premises, some inhabitants know no other home.

Dadaab’s community played a positive role in the management of their own affairs, represented by democratically-elected community volunteers, coordinating all the activities of the camps ranging from sanitation to security. Born out of necessity, the role of community leaders became significant after the UN temporarily pulled out in 2011 following the kidnapping of aid workers, and volunteers took over instead. The world’s largest refugee complex, became a commercial hub, with refugees running local businesses, and providing services. Moreover, Dadaab generated a huge tax return to the Kenyan government, while refugees gained a more active role.

Kalobeyei Settlement, established in 2015 and located in Northern Kenya, houses mainly South Sudanese refugees. Created after conflicts broke out in South Sudan in 2013, the settlement is part of the expansion of the Kakuma Refugee Camp. In 2015, it was hosting a population of nearly 183,000 individuals, although it was initially designed to hold a capacity of 70,000. Moreover, Shigeru Ban, designed up to 12,000 refugee shelters for the Kalobeyei Settlement, in partnership with the United Nations Human Settlements Program (UN-Habitat). Focusing on designing a sustainable shelter that would require brief technical supervision, use local materials, and be easy to maintain, the Japanese architect, conducted both participatory workshops with the representatives from refugee and host communities.

Created with a different approach to refugee camps, promoting self-reliance of refugees and host communities and providing them with better livelihood opportunities and enhanced service delivery, the Kalobeyei Integrated Socio-Economic Development Plan, or KISEDP, a 14-year project (2016-2030) emerged in 2018.

With objectives like reducing over-dependence on humanitarian aid and supporting the refugees to achieve durable solutions, the plan aims to develop the site as an urban center, using the same techniques as for cities. A local economic development approach will facilitate collaboration between public, business, and non-governmental sector partners to create better conditions for economic growth and employment. In fact, “both refugees and host communities will benefit from investments in basic infrastructure and access to social services; and increased opportunities for supporting income-generating activities”.

The Case of Zaatari Refugee Camp and the Organic Urbanization

Considered one of the world’s largest refugee camps, Zaatari located in Jordan translates how people can leave their mark and appropriate the space they occupy. In a New York Times article, Michael Kimmelman states that “at a pace stunning to see, Zaatari is becoming an informal city: a sudden, do-it-yourself metropolis of roughly 85,000 with the emergence of neighborhoods, gentrification, a growing economy and, under the circumstances, something approaching normalcy, though every refugee longs to return home”.

Hosting Syrian and Iraqi families, Zaatari is a mere example of the unstoppable organic development. In fact, refugees transform and adapt their surroundings out of necessity, to serve their basic needs. While much of the settlements remain tent-like structures, spontaneous and populist growth, is happening in any way possible. “The oldest parts of Zaatari, now have streets, one or two paved, some lined with electric poles, the most elaborate houses cobbled together from shelters, tents, cinder blocks, and shipping containers, with interior courtyards, private toilets, and jerry-built sewers” explains Kimmelman. Evolving into a complex ecosystem, more like a city than a camp, Zaatari is a dynamic place with households, sewage pots and private toilets, washing machines, private gardens, new businesses, and shops.

More organized camps have opened to welcome Syrians like Azraq in Jordan or camps in Turkey, with state-of-the-art facilities. Designed with strict policies and rigid configurations, to avoid similar approaches to those that altered the Zaatari camp, Azraq located in the middle of nowhere -to prevent refugees from getting into public utilities- hosts around 11,000 Syrians, although it was planned for more than 100,000. 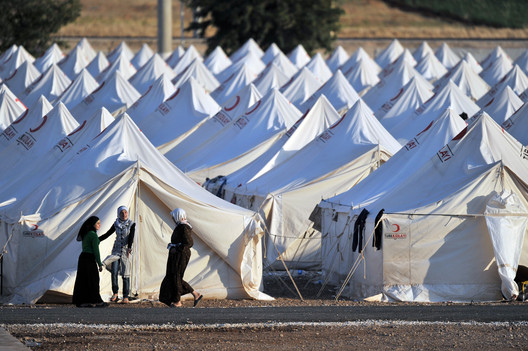