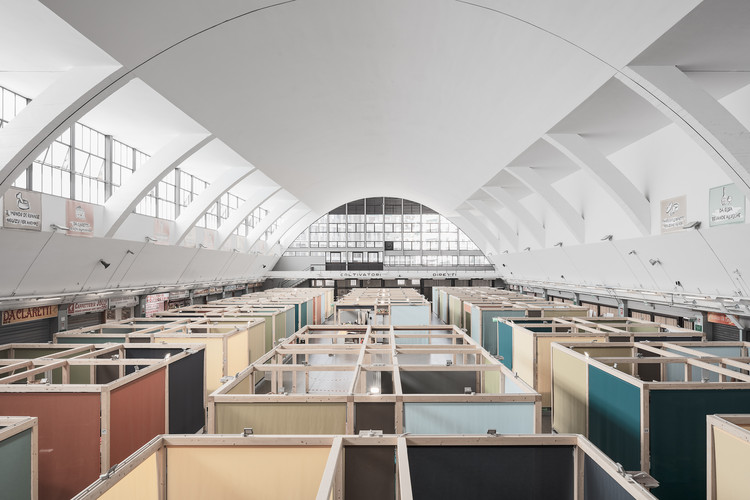 Text description provided by the architects. The building of the Mercato Annonario in Sanremo is the work of the Engineers Fera and Grossi Bianchi of Genoa, who designed it in the mid-1950s. It represents one of the architectural elements that most strongly characterize this part of the city both for its size and for the centrality of its location. It constitutes a sort of watershed between the medieval building, consisting of the nuclei of the Pigna, Piano, and the urban expansion of the post-war period. It is a single building with a reinforced concrete frame of the surface of about three thousand square meters, characterized by a parabolic vaulted roof with a height that reaches almost fifteen meters. In addition to the fruit and vegetable market, delicatessens and butchers, the building houses the fish market, the ASL veterinary clinics, some municipal offices, the offices of the INPS, and a national union.

The lack of coordination of maintenance interventions and the absence of an overall strategic vision has ensured that, from being a reference center for daily shopping or for purchases of all kinds, it has become less and less frequented. In fact, the instrumental inadequacy of the building, which does not allow merchants to renew the commercial offer, the problems related to parking difficulties and its decadent architectural aspect, have meant that, in the dynamics of city life, the Annonario Market has been undergoing a phenomenon of marginalization for years. We were called to solve these big problems with a construction site that should last less than four months (it lasted three) and every design choice related to this first phase of intervention had to adapt to compliance with these assumptions.

The building was born multipurpose and to some extent this characteristic saved it and made the idea of the recovery project clearer. However, it cannot be said that all the design choices were simple due to the lack of a community of people able to sit at the design table as an authoritative interlocutor. At most we have found "committees" in defense of absolutely private interests. In fact, it is probable that a place like this has lost its symbolic value also because a common ethos has been lost among people, that religio civilis that has made Italian civitas great, without which it is impossible to support places of symbolic value.

We, therefore, had to plan "on the sly", renouncing the great demands and looking instead for new functions capable of generating the relationships that today have failed and that have created this difficult situation. The recovery project was therefore organized into three phases: - the first (carried out with the construction site), concerned the implementation of urgent and indifferent maintenance, functional and plant engineering interventions; - the second, will concern the reorganization of the road system, further maintenance of the structure, the shift to the second floor of the offices for trade unions currently located on the first floor to obtain spaces to be used for the marketing and promotion of the products of the agricultural supply chain; - the last one will be the restoration of the building as a monument, the definitive functional reorganization of the commercial spaces and the definitive flooring of the external pedestrian spaces. 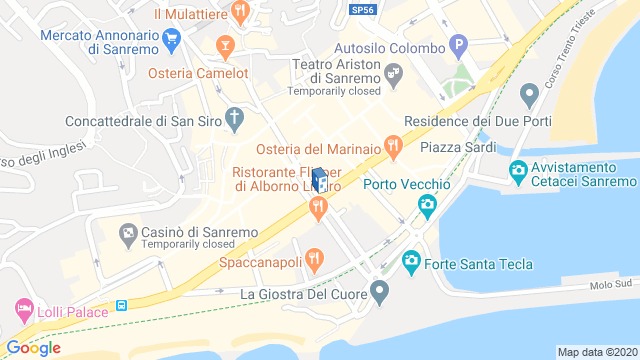 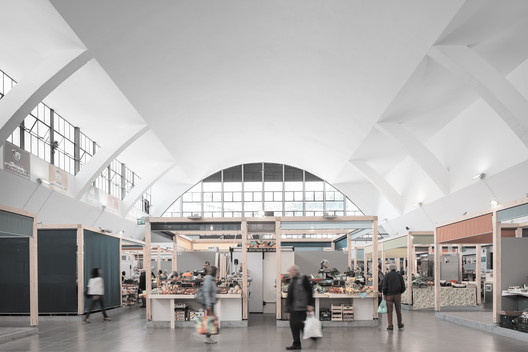 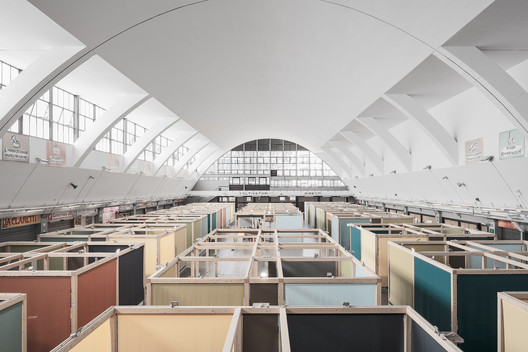