Text description provided by the architects. The convent of San Andrés was one of the most praised buildings in Salamanca until its destruction in the mid-19th century. Only small service units attached to the main construction have survived to this day, consisting of a trade house with sheds and a notable ice pit, built during the 18th century. Given the general deterioration and the wish to incorporate the existing remains into the city's tourist offer, the project is drafted, with the aim of integrating the various existing disconnected elements into an orderly, logical and attractive route: the ice pit, a section of the wall, the sheds, the rest of the northeast tower of the convent and access to the underground galleries. Ceramic materials were chosen to be used as a conductive thread, in the form of tiles, bricks in floorings and lattices and roof tiles, as this is the pre-existing material that has been preserved in some areas, endowed with great expressive value and reflecting a long tradition.

The walls and vaults of the ice pit have been restored, illuminated by the overhead light, while the original access has been signposted by a brick latticework, which allows the entrance of dim diffuse light, and minimizes the impact of the adjacent modern building. When clearing the storage space, the rock-cut gallery that was made to house the drainage duct appeared blinded on the lower level. It was incorporated into the project to allow access all the way to the endpoint of the space at the end of the route, notably enriching the visit. In the “office” building, the recovery of the historical volume was prioritised. Although the original masonry walls have completely disappeared, the mimetic reproduction of the tall body was seen as meaningless. For this reason, the space is delimited by means of a neutral brick latticework that defines the layout while creating subtle light and shadow effects, being protected with a tile cover similar to the original, also manifested on the rear facade using similar materials.

The original levels have been recovered on the ground floor of the sheds. Fragments of the original brick paving appeared and served as a template for the rest of the flooring. From this space and through the foundations corresponding to the northeast tower of the convent, a silent space punctuated with the presence of a solitary cypress, one enters the cellar that leads to the underground galleries that were filled with rubble and completely flooded. The ceramic material, in its different manifestations and uses, such as stairs, floorings, walls, roofs, water collectors, exposed ceilings, garden curbs, benches, etc. is the common thread of the present proposal. 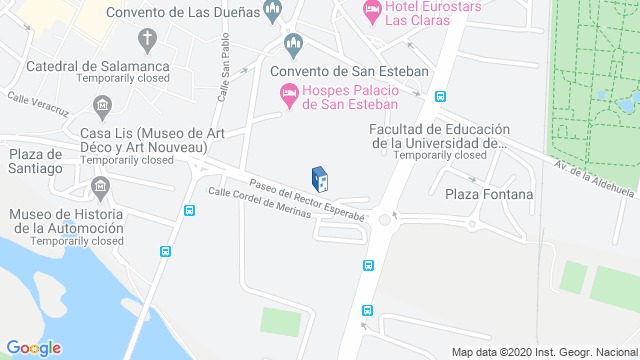 Location to be used only as a reference. It could indicate city/country but not exact address.
Share
Or
Copy
About this office
Sánchez Gil Arquitectos
Office
••• 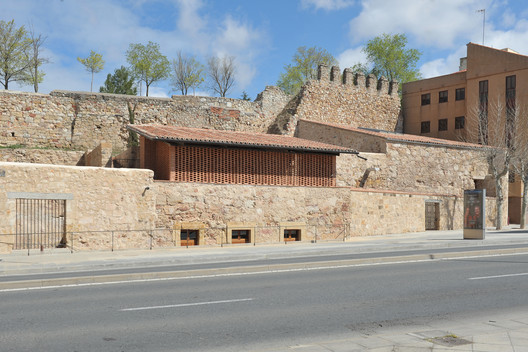