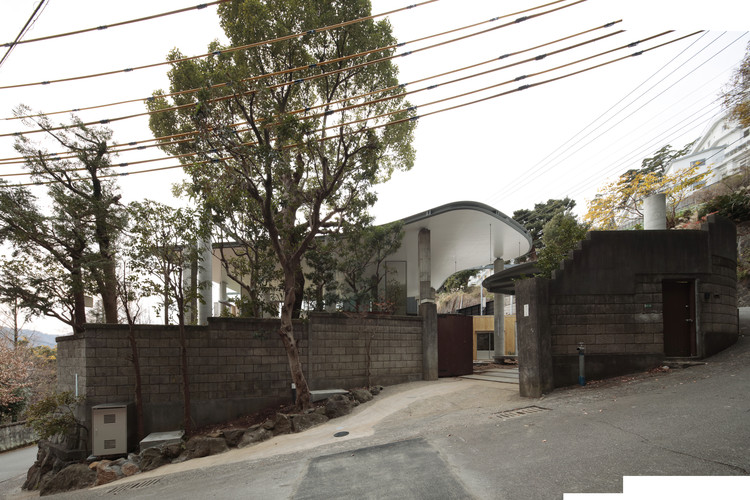 Text description provided by the architects. This site lies in an old corner of reclaimed mountainside. From the jumble of disparate concrete and building blocks among plants and fieldstone, it is clear that this place has been inhabited for a long time. Right on the edge of a hairpin bend in the road, the site was encircled by a pre-existing wall and revetment, though no buildings stood here. I set out not to simply plant a shiny new building in this vacant space, but to create a novel piece of architecture that would renovate the entire site.

With this architecture I aimed to fully manifest the building’s location within that neighborhood and to pass down to the future the legacy of this site: to express the idea that this ‘home’ is the sum of the building and its surrounding environment, including the pre-existing wall as the house’s perimeter, and the mountain greenery beyond as part of its garden. As such, I did not follow the normal procedure of building a 3D cross-section from a flat plane, then considering the framework afterwards; rather, I started by reading the terrain and considering the section, then assembled a framework from materials that would last as part of the building’s legacy and filled the house with practical items and fixtures. Only after all this process did the floor plan become clear.

I built the roof high enough to see the surrounding mountains over the perimeter wall. Since the house felt cramped when the supporting pillars were all placed under the roof, I positioned some outside this area, and created a sense of openness through the staggered position of boundaries such as the windows, floor installations, eaves, perimeter, wall and pillars. I believed that for a setting in which the neighborhood commands such a visible presence, it was better to have the features and details of the house spread out as necessary, rather than try to systematically integrate and control these component parts used a large 1:20 scale model of the house and its surrounding environment to aid us in the design process, studying and peering at it regularly to practice a more physical style of architecture.  Erika Nakagawa 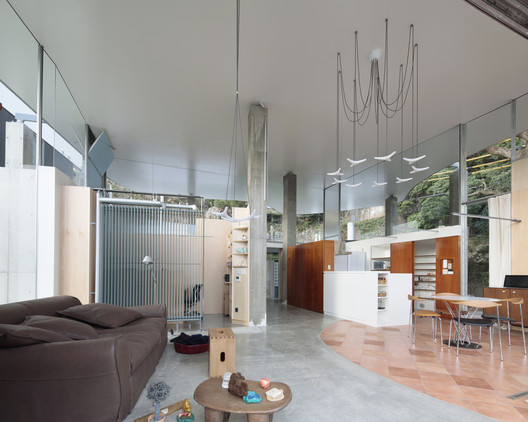 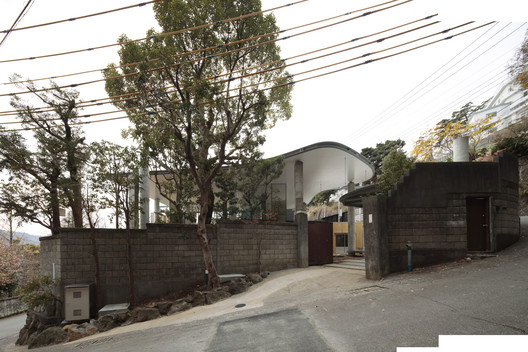