All
Projects
Products
Events
Competitions
Save
How Effective is Laminated Bamboo for Structural Applications?
Share
Or
Copy

Often called laminated bamboo lumber or LBL, this material has been looked into as an alternative structural material because of the naturally sustainable and structural qualities of bamboo. With a faster-growing rate and shorter harvest cycle than timber, bamboo forests supposedly have up to four times the carbon density per hectare of spruce forests. Additionally, it is often found it parts of the world with more limited timber resources, making it a better option for certain areas that can consequently circumnavigate issues of timber transportation and thus higher costs and energy use.

As a structural material, the properties of LBL vary depending on the way in which it is processed. Generally, the material is engineered by combining raw bamboo culm with a laminated composite. However, there are three different primary methods with which LBL is made. The first utilizes roller press crushers to flatten and smooth the culm into zephyr mats. These are then stacked and adhered to each other to create a panel. Another method feeds the culms through a splitter machine, creating strands that are then placed together and glued, while a third involves cutting each culm in half, flattening it, and then once again gluing them together. These methods are all tested and compared in a 2011 investigation for the Journal of Materials in Civil Engineering, with the resulting interpretation that the third is the most cost-/resource-efficient and the best option for structural applications. This conclusion stems generally from the method’s higher dimensional stability and modulus of rupture, although a number of different properties were considered.

Compared to timber, structural bamboo is surprisingly strong, with up to three times the structural capacity as normal timber. Despite this, there remain some concerns about the bamboo’s resilience, as it decays more quickly than wood if not treated with the right preservatives.

Additionally, the cost of LBL can vary greatly depending on location. For areas with local bamboo forests, the cost benefits are immense. For places like the U.S., however, shipping costs associated with transporting the bamboo drive up costs by up to four times as much as conventional lumber. Additionally, sustainability benefits decrease significantly when heavy loads of bamboo are needed to be shipped across the globe.

While the literature on structural bamboo remains sparse, it appears to have promise as another structurally sound and sustainable alternative to high-polluting conventional building materials. Though more research and consideration needs to be directed to this issue, existing scholarship seems to suggest that when location, production, and preservation are considered, LBL may be a strong contender for the next mass timber. 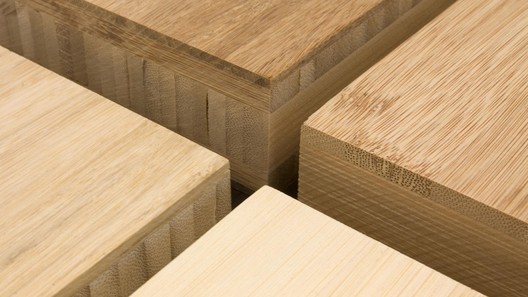