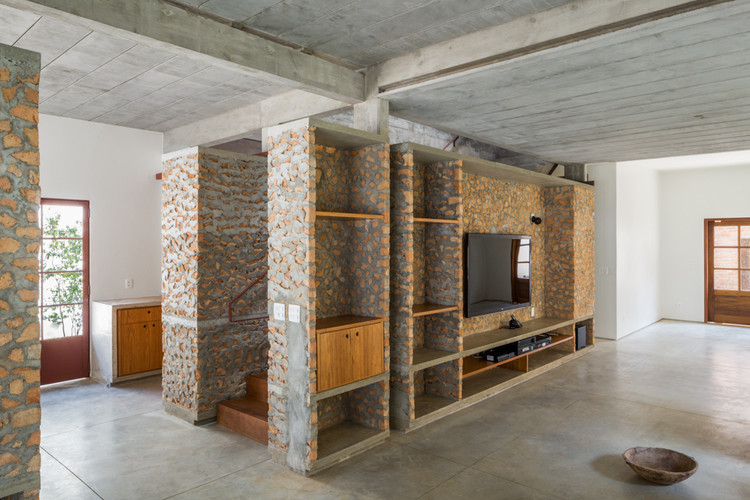 Text description provided by the architects. Casa Angatuba Reform is located in Pacaembu, a city-garden neighborhood in the city of São Paulo.

We were asked to renovate a 300 square meters residence, built in 1940, replacing all the necessary infrastructures and transforming spaces for a new family to inhabit.

During the construction process, together with engineers and builders, we investigated how material experimentation, through the reuse of demolition bricks, enables us to propose new sustainable and economic forms to serve spatial, functional and tectonic issues.

As a design strategy, two infrastructure cores were inserted in the center of the two main structures.

This nucleus is structured by four concrete columns between which we placed two stairs that when articulated by a walkway allows the two structures to communicate.

From this insertion, the new environments begin to articulate around this infrastructural core with partitions made by a series of wall-wardrobes built with the bricks recovered from the demolition. 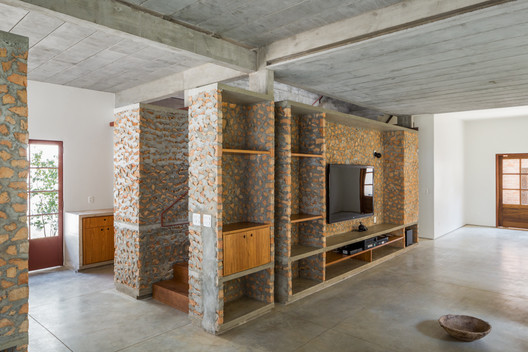