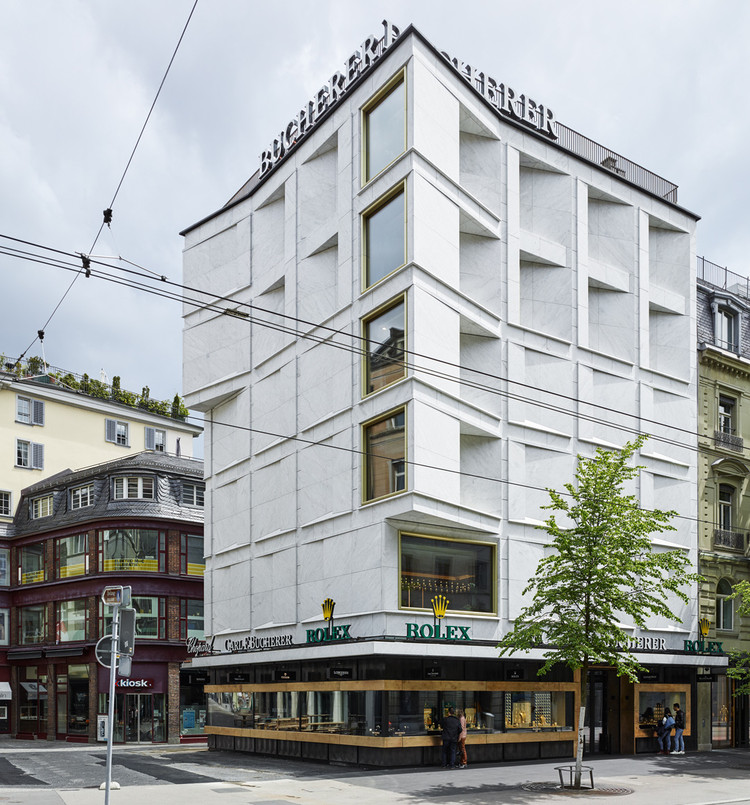 Text description provided by the architects. The Bucherer store is among one of the "Individuals" on the eastern-side of Bahnhofstrasse. Its peculiarity in bright natural stone is an important continuation of the character of the area. Securing the existing – a conversion – raises the question of permanence and generally about timelessness, innovation, and perfection – core principles of Bucherer. We carry the marble into the future, as well as the flat relief of the façade, the volume, the supporting structure and its order - a flagship store designed for Bahnhofstrasse.

Presently, the most important form of luxury lies in time - for which the clock symbolizes. Time goes hand in hand with concentration, achievement, and satisfaction in perfection. Materiality stands for those qualities when we convert this from watchmaking to architecture: in its expression, craft, and tectonics. Materiality can transport luxury and give shape to corporate culture. The marble from the Maggia valley is precisely crafted and redefined into jewelry-like elements. The plinths nobility through the use of the ancient metal bronze appears not only in the precise and crafted work of the St.Gallen caster and founder but also its delicate surface in response to the white-crystalline stone.

The narrowness of the urban context makes daylight even more meaningful. The façade becomes, like a sundial, an image of the daytime and the seasons. The marble relief is – In Praise of Shadows – sometimes flat and soft, then sharp and ordered - le jeu savant, correct et magnifique des surfaces assemblées sous la lumière (after LC). 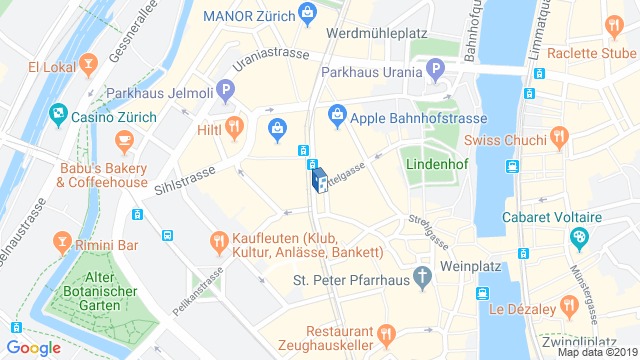 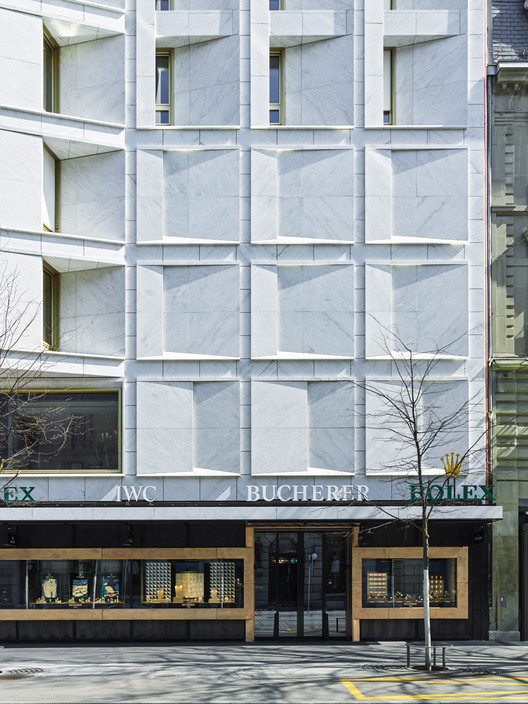 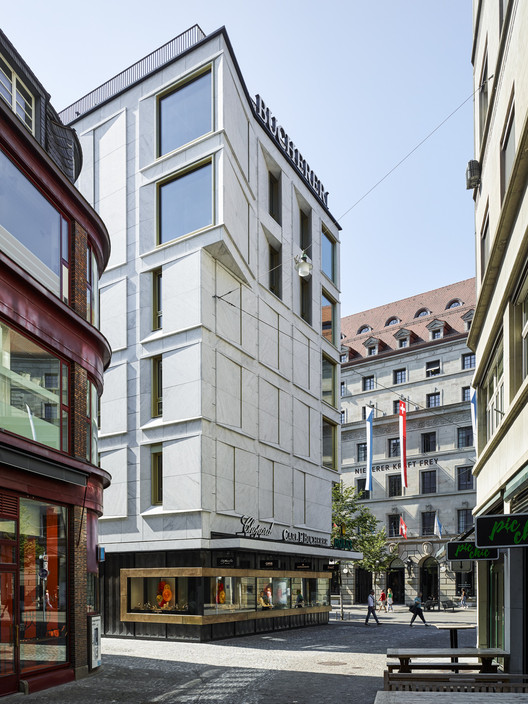 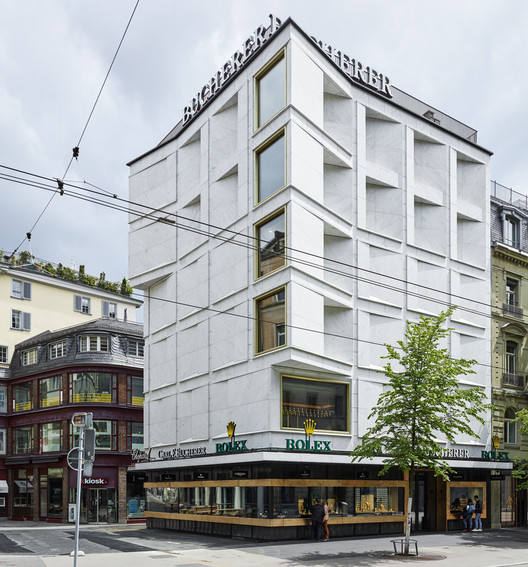